Which Trees Will We Lose First? Trees Most Vulnerable to Climate Change

Trees can do a lot of amazing things, but they can’t move away when the climate becomes inhospitable. Some can adapt to changing climate, and some can’t.  Which species will be hit the hardest?

The most “vulnerable” species are those most susceptible to genetic degradation due to declining populations in the face of adverse environmental conditions. Genetic diversity is directly linked to resilience – that is, the capacity of any species to successfully evolve and adapt to change. More genetic diversity is better and necessary for long-term survival of any species. 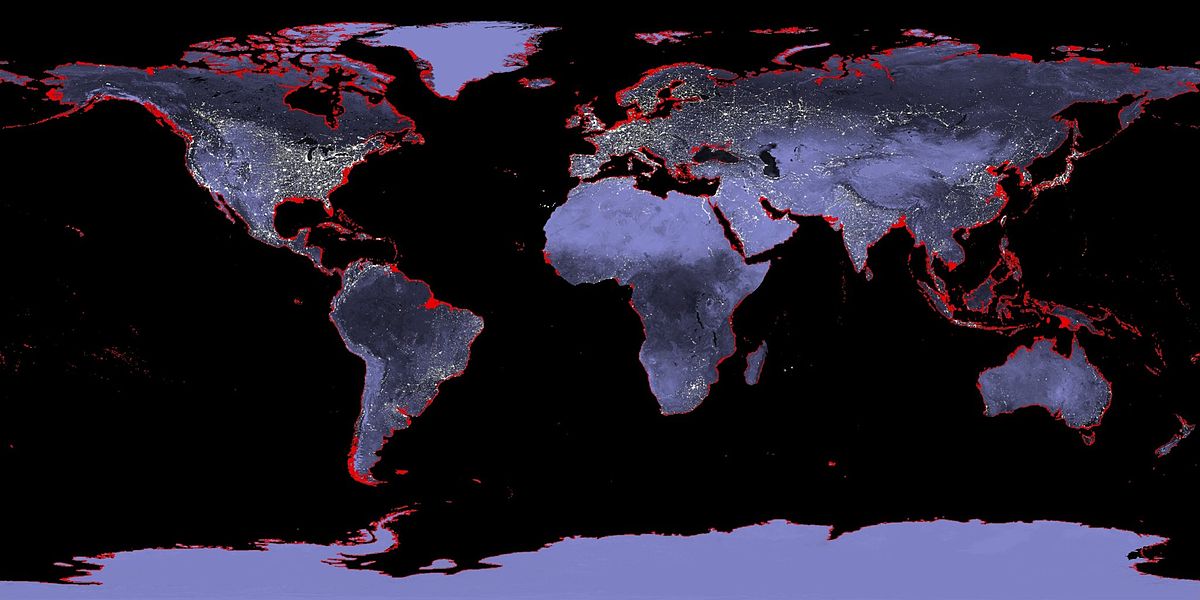 Map of the Earth with a six-meter sea level rise represented in red) credit: By NASA – Public Domain

The outdated phrase “global warming” doesn’t begin to express the complexity of climate change. We are certainly experiencing warming average temperatures (the decade from 2001 to 2010 was the warmest on record globally), but in certain areas record cold temperatures, extreme wet or dry seasons, and an increase in storm intensities are also occurring. Certain tree species have already begun to “migrate;” that is, to be found outside of their native range due to climate change.  Others are undergoing “range contraction” and will decline unless conservation measures are taken.

Helpfully, the US Forest Service and North Carolina State University (NCSU) have recently published the results of a study in the journal New Forests that identifies the most vulnerable tree species by analyzing three factors, or dimensions:

339 native forest trees were scored on each dimension on a scale from 1 to 100 where higher scores indicate higher levels of vulnerability. Most of the data was already available from public sources including the USDA PLANTS Database, Trees were ranked into “vulnerability classes” depending on how many dimensions were scored at 40 or above. Dimension scores were averaged to determine an overall score. 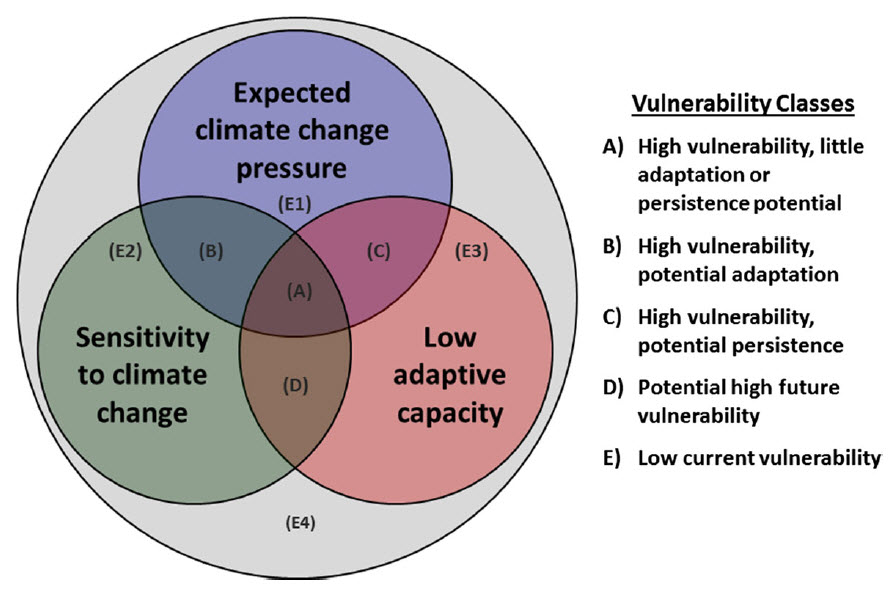 Here are the top 5 species in Vulnerability Class A, (i.e., the most vulnerable):

Here are the bottom 5 species in Vulnerability Class E4 (the least vulnerable):

Is the American Southeast more likely to lose its forests than the Western United States? Maybe yes, maybe no. An analysis of specific native habitats for each species would tell us more. 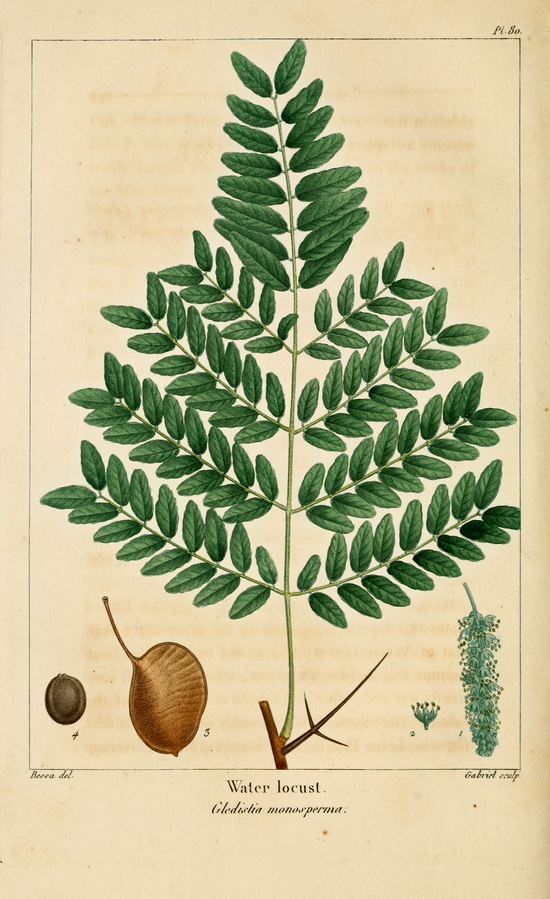 Some popular trees and their rankings

How can this information help us?

Managers of large tree populations with limited budgets might use this information to prioritize spending their money on planting and caring for tree species with the lowest scores, i.e. the highest potential for surviving climate change. Managers of arboreta or germplasm repositories (or even private property owners) might focus their budget on preserving the most vulnerable species for as long as possible.

Remember that these are analyses of native forest trees in forest habitats. How these same trees would be scored in urban growing conditions may differ. Climate change stresses will also vary by region and microclimate.  The results of this study, combined with local knowledge and professional judgment, will help tree managers help trees in the face of a changing climate.