In January 2011, two live oak trees on the Auburn University campus were deliberately applied with an herbicide used to kill trees (Spike 80DF, also called tebuthiuron) in lethal amounts. The trees, located at an entrance to the University known as Toomer’s Corner, had traditionally been used as a gathering area for Auburn fans following team victories. The act of vandalism to the two trees, which were estimated to be over 80 years old, was perpetrated by a University of Alabama sports fan and was widely covered by the media.

The university badly wanted to save the majestic trees that had long been a fixture of the campus, and attempted to remediate the effects of the poison for three years. Ultimately, they were not successful. After conducting extensive soil testing, they decided to remove the trees and dispose of all the contaminated soil. In May 2014, Silva Cells were installed to enhance the rooting area for the replacement trees that they hope will restore the site to its former glory. 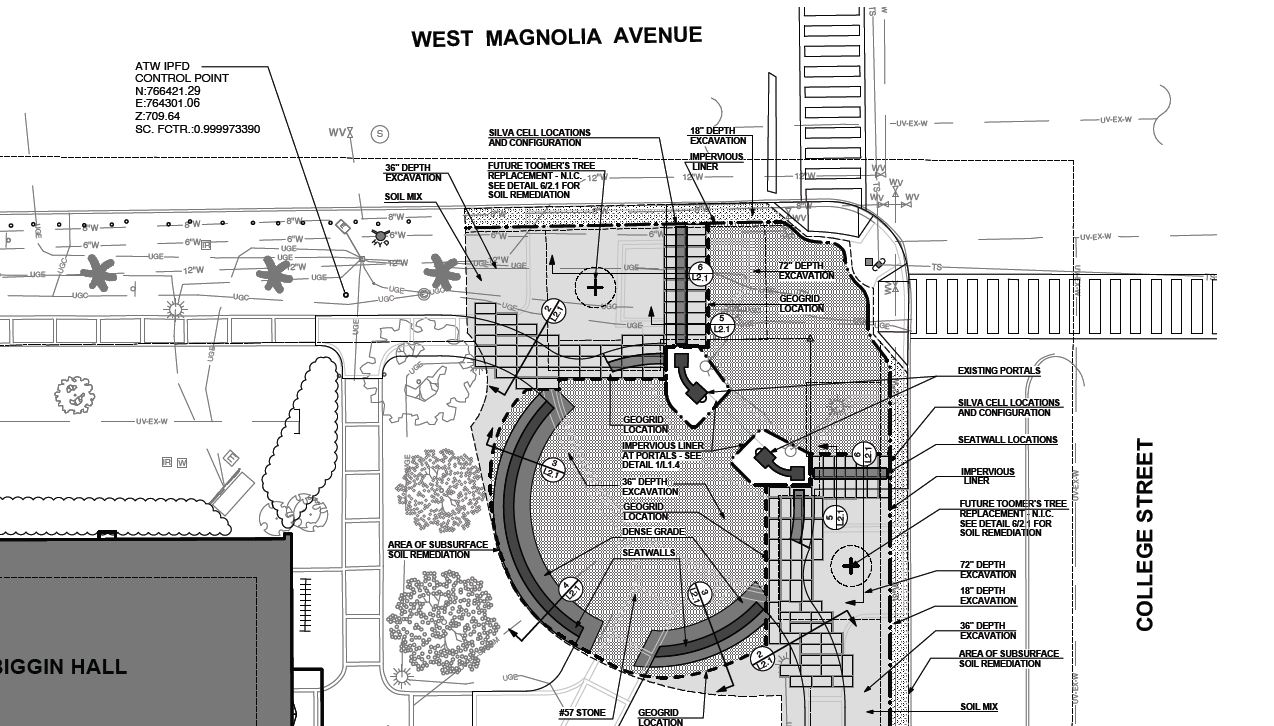 Tommy Holcombe, with Holcombe Norton Partners landscape architecture, was responsible for the redesign of Toomer’s Corner. He intended for the new trees to grow to at least the same age as their predecessors, and therefore needed to provide them with plenty of soil. He decided to make the openings of the tree wells as large as possible, and then used a one-layer Silva Cell system to extend the planting area underneath the sidewalk and slightly into the rounded entranceway to the campus.

The central (round) area between the two trees is classified as a bioretention zone, with 3’ of clean granite stone – neutral pH for the trees – topped with permeable pavers. The idea is to keep water on-site rather than sending it to a storm pipe. There is an underdrain at the bottom of the stone with an upturned elbow and another underdrain at 6’ deep. There will be a large reservoir of water available for the trees at all times. Where the Silva Cells are directly adjacent to the circle, the tree roots will only have access to rainwater within the stone. The intent is for the roots to get in there and use the water and air provided.

2013 Google Street View of the site after the poisoned trees were removed and before excavation began. 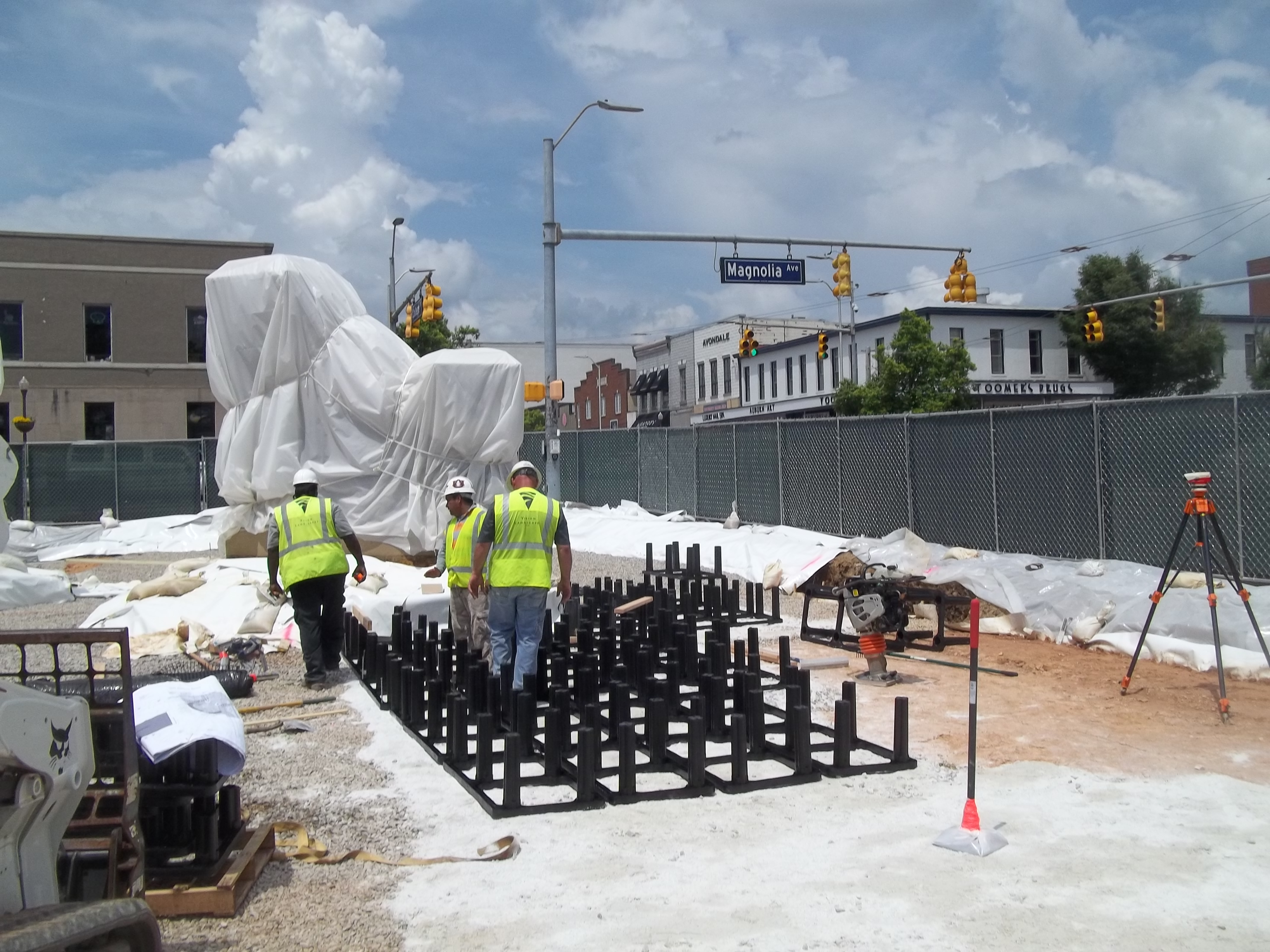 The original (removed) trees were Live Oaks, and while Tommy Holcomb thinks it’s likely they will plant Live Oaks again, a decision hasn’t been made about the species of the replacement trees. The new trees will be planted this winter while they are dormant for better establishment. According to a statement released by the University about the plans for the new site, “The loose soil was to be removed and the pits graded to drain away from the proposed tree locations to a low spot and be intercepted with a new permanent underdrain system. This new drainage system will be installed to ensure the pits will drain via a gravity system to a storm drain near Biggin Hall. This will allow any remaining traces of the tebuthiuron to be flushed out of the site.” A monitoring well has been installed to test the soil and water in the future to make sure that they know immediately if contamination is still leaching out of the surrounding soils.

The contractor, Vision Landscapes, is currently working on getting the right soil mix. Once they do, the soil will go in and the site will be ready for planting. They intend for the new trees, which frame a corner entrance to the Auburn Campus on College Street and West Magnolia Avenue, to rise like sentries and re-establish an important gathering space for school spirit, celebration, and the commitment of the university to the symbols of its success.