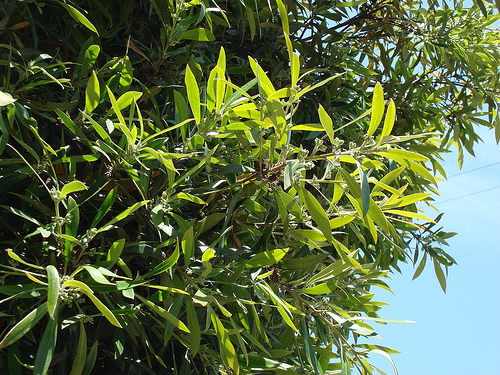 Last weekend I went on a biking tour of the trees in the Mission District of San Francisco hosted by Friends of the Urban Forest and the SF Bike Coalition.

We met at the Atlas Cafe, on 20th and Alabama, and admired a small leaf tristania outside. This tree is native to Australia and another name for it is swamp myrtle. Funny to think of it living in decidedly un-swampy San Francisco, but when you consider that we get steady rain for half the year it made a little more sense. The bees were going bonkers for this tree! You might not have noticed if you were walking by quickly, but we were paused there for several minutes discussing the tree. The bees made a lovely humming. 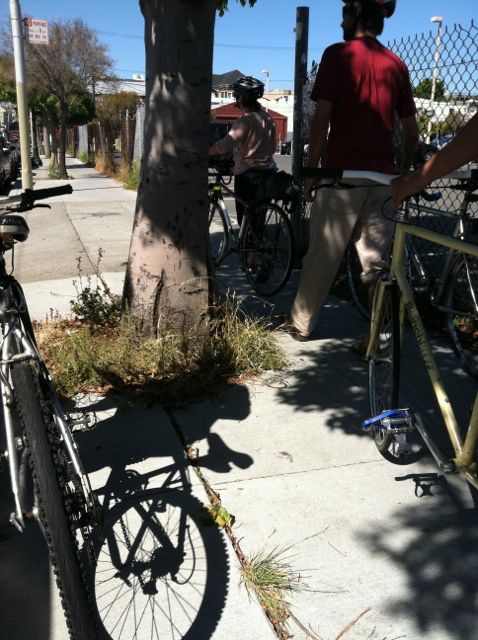 Then we were off to 17th and Harrison. This is currently the site of a parking lot (to the right of the fence in the picture above), but it’s going to be turned in to a park. Hopefully the street trees that are already established won’t be harmed in the process. This bottle tree is easily identifiable because of the pronounced trunk flare. 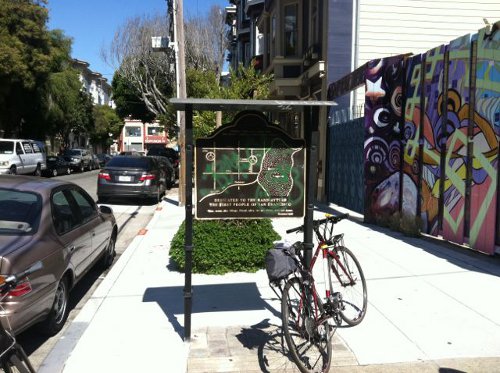 Albion and Camp streets are over the site of a lake which is now under paving. This invisible source of water is a big reason why the trees on this block (lemon bottlebrush, weeping bottlebruch, prickly tea tree and flaxleaf paperbark) look so good. 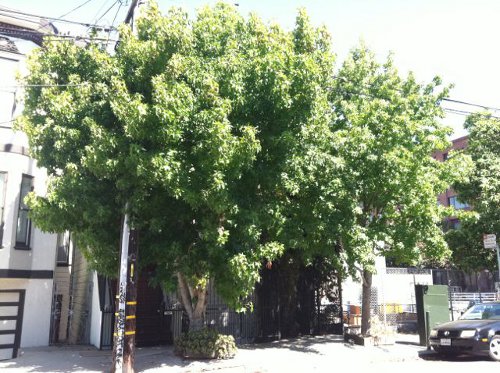 Tour leader and ISA-certified Arborist Ellyn Shea guessed that these two sweetgum trees are around the same age, but look how much bigger the one on the left is! I wonder why. Its leaves were huge and a much deeper green compared to the one on the right. 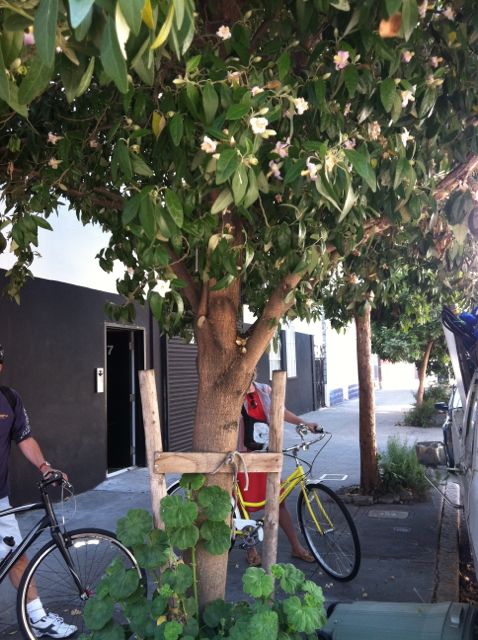 This primrose tree, which was across the street from the sweetgums, was another favorite with the bees. 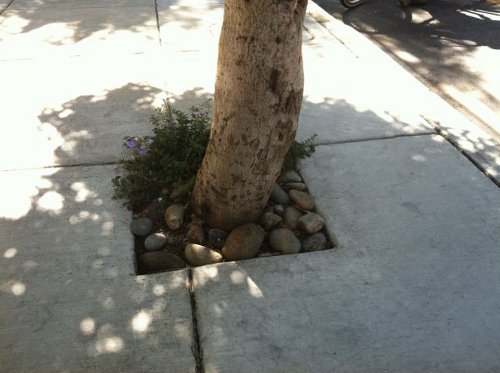 On Lexington Street between 20th and 21st, there was the smallest tree opening I’d ever seen. A Japanese maple was planted in it.  Still, despite this one tiny cutout, overall it was a gorgeous block. 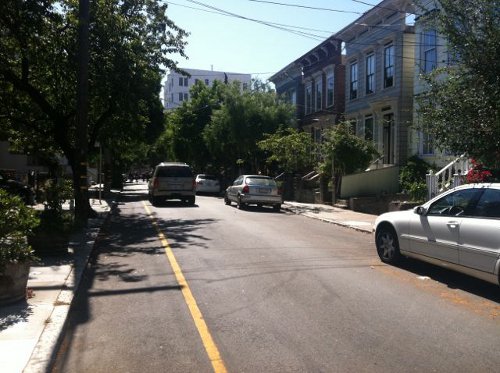 One guy came out of his house to walk with us down the street and participate in the tour. It was obvious that the residents of this block have put a lot of effort in to making it so beautiful and green.

While the tour focused on happy, healthy trees, we saw plenty that were dead, in decline, or just plain poorly planted and/or maintained. Once you start to have those things pointed out to you, you can’t help but notice them. There were many more stops and trees than I’m including in this recap, but these were the highlights. If something like this is offered in your neighborhood, I would highly recommend doing it.