The Queensway is a major thoroughfare in Toronto that, after its construction in the 1950s, incorporated streetcar service as well as vehicle traffic. Starting in the 2000s, there was an increase inÂ residential development, and the area has undergone new construction projects in order to accommodate a growing population seeking easy access to downtown. During this period ofÂ development, in 2009, a Silva Cell pilot project was undertaken along a commercial stretch of Queensway to demonstrate how incorporating soil into the urban landscape canÂ Â be used to grow mature trees andÂ manage stormwater runoff as the source control. The interim results of that pilot study are now available.

Toronto Water, the cityâ€™s water authority, wanted to test the Silva Cellâ€™s capacity to manage surface runoff. In conjunction with Ryerson University and DeepRoot Canada Corp., the city installed a proof-of-concept installation on the Queensway, a commercial area between Moynes and Berl Avenue on the North side. Pave-Al, the contractor, excavated trenches for two Silva Cell systems, each two frames deep and with spots for two tree openings that straddled the sidewalk and parking bays.

The Silva Cells were filled with a bioretention soil mix that has a 20% water holding capacity. All of the rainwater runoff is collected in the cityâ€™s standard stormwater catch basin. In effect, the Silva Cell is being used to create a giant raingarden underneath the sidewalks and parking bays that serves two purposes: reducing peak-flow runoff and filtering out pollutants. 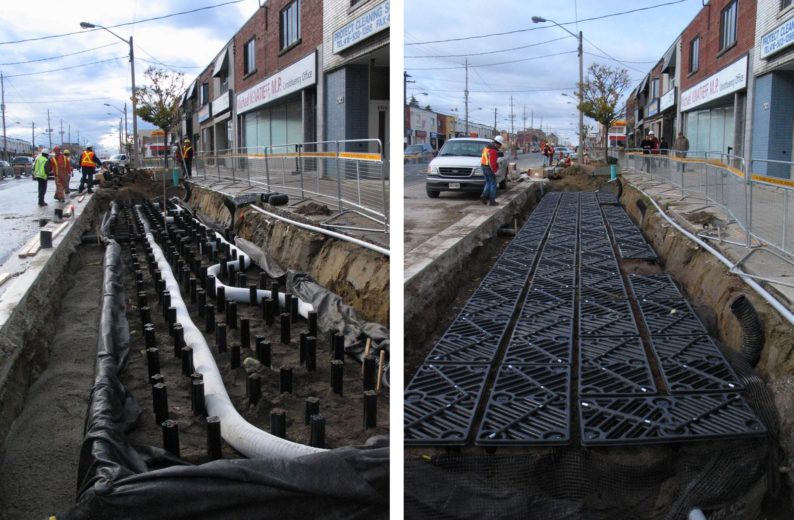 A typical rain event in Toronto is 0.09-0.12â€ (2-3 mm) in 24 hours, and 50% of Torontoâ€™s annual precipitation events are less than .19â€ (5 mm). Â The Silva Cell system was sized and laid out to manage the runoff from a 2â€ (5 cm)/24 hour rain event.Â The system captures all of the run-off from the crown of the street to the building face and from one end of the block to the other. All of this water is cleaned, retained, and detained by the bioretention soil. The system also meets AASHTO H-20 loading requirements to support parking. The entire installation took three days to complete and provides a total of almost 600 cubic feet (16 cubic meters) of soil per tree.

An 8â€ (20 cm) PVC pipe runs from the street catch basin into the top layer of the Silva Cell system, delivering all of the surface runoff from the roadway and adjacent sidewalk into the bioretention soil. A perforated PVC pipe then distributes the surface runoff evenly throughout the soil and the water infiltrates through the soil until it reaches the bottom of the system. At the bottom of the trench is a perforated drain line that carries any excess overflow into the existing stormwater system. Depending on the site, the runoff that percolates to the bottom of the Silva Cell system can be infiltrated into the subsoil to help replenish the aquifer.Â

As the two trees in each of the trenches mature, they significantly increase the efficiency of the system, evapotranspiring large volumes of rainwater out of the soil through their roots systems, and interdicting and evaporating much of the rainfall with their canopies. 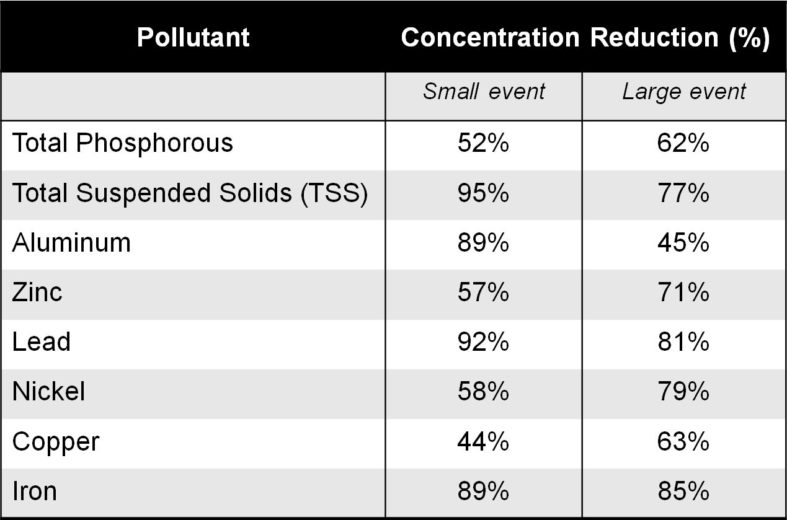 The City, with assistance from Ryerson, installed monitoring equipment to track the volume of infiltration and quality of water in and out of the Silva Cells. Â According to an interim results report both sets of trees were irrigated with stormwater runoff for four years.

After four years, one set of trees was disconnected from the associated catch basin â€“ meaning it only receives whatever water that happens to flow into the tree opening â€“ in order to createÂ a control. The other tree was left connected. The pollutant reduction concentration results, and well as other interim findings, are included in a report issued by the city. The system will continue to be monitored throughout 2016, and a full report should be complete in 2017. 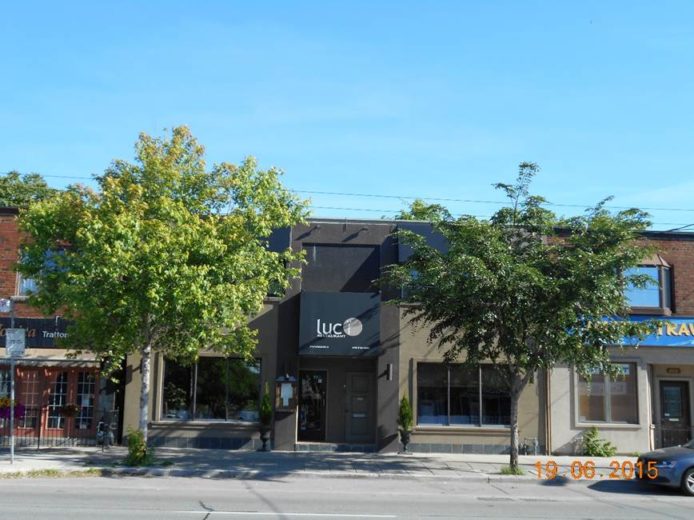 Irrigation to these trees was stopped in 2011. 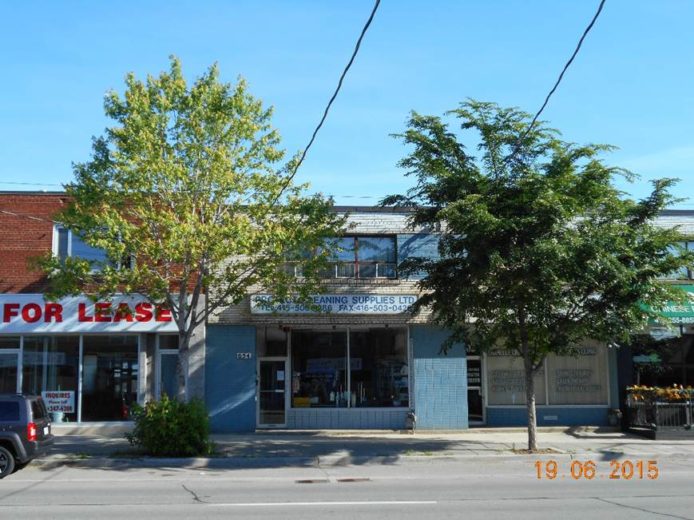 These trees have been irrigated since 2008.