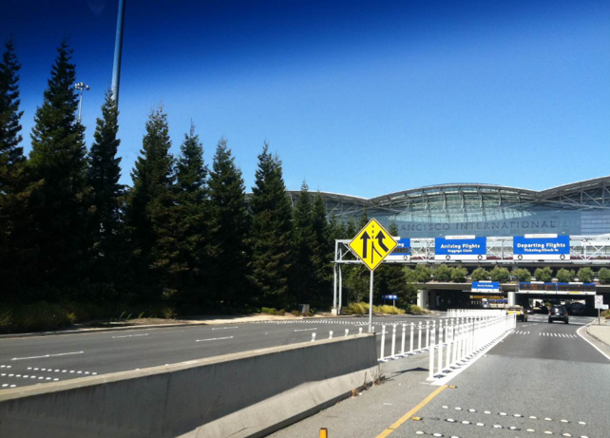 San Francisco International is one of my favorite airports. Most of the terminals are airy and light, and the food options are pretty decent (as these things go). It’s a good home base. While I don’t usually think of trees when at the airport, I took a long walk there the other day and realized how much plants are a part of what make SFO a pleasant place to be.

Their visual influence starts during the approach to the airport, which is lined with beautiful redwoods. 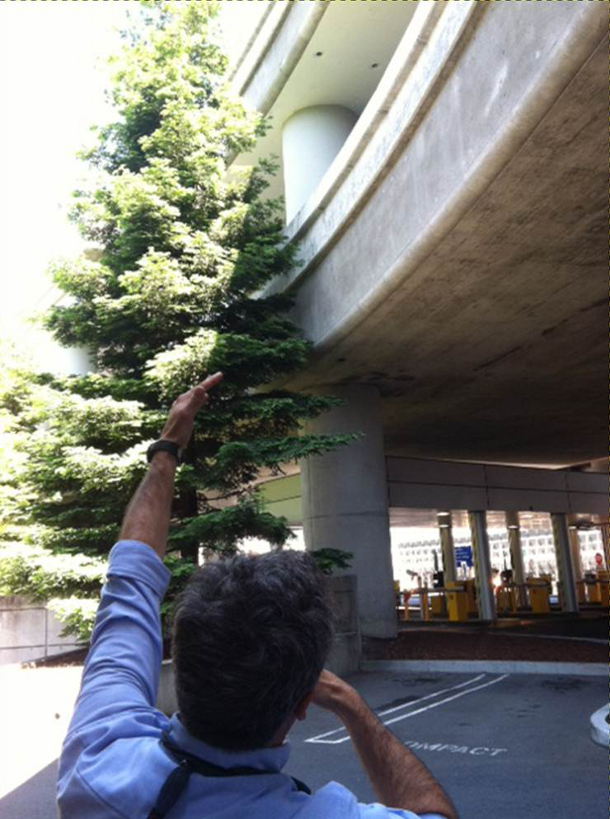 I was able to get close and look at some of them from the ground. They create a lush screen, creating a truly quiet area adjacent to the air train. Apparently they’ve grown the equivalent of about a full floor of the outdoor garage in the last 10 years. Now their peaks poke just above the top level. 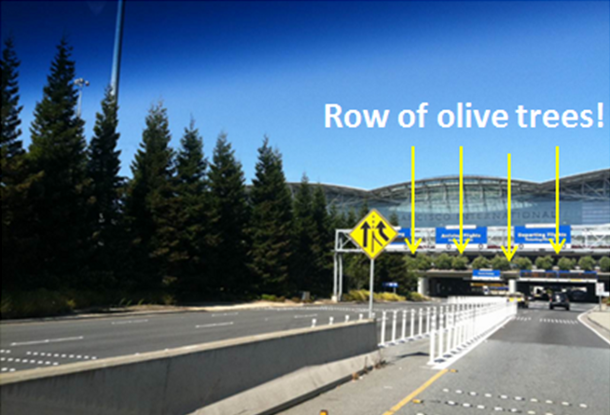 Also as you approach the airport is a row of olive trees. They’re perched in a long planter above the roadway. They line the top of the entry in green, but blink and you could miss them. 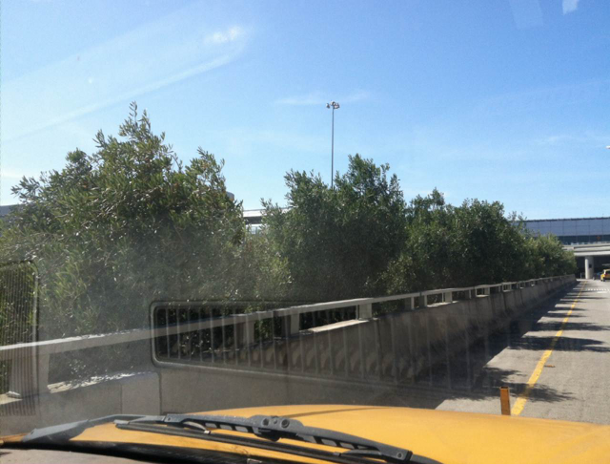 When you enter the international terminal, as you walk toward the gates you might notice some leaves bobbing around to your right. Peer over the railing and you’ll see these are the tops of beautiful fishtail palms sprouting from planters on the level below (customs, if you’re keeping track). These palms should grow to about street level within a decade. 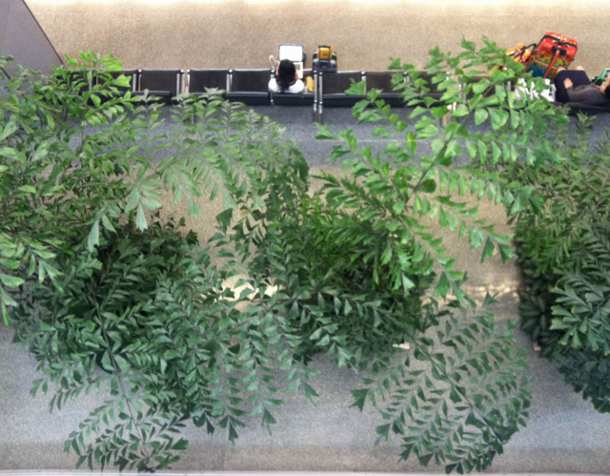 Further down the walkway, some of the fishtail palms planted at the same time as the ones above are going gangbusters. They’re growing so robustly because they receive more light. This set of palms is almost at street level already. 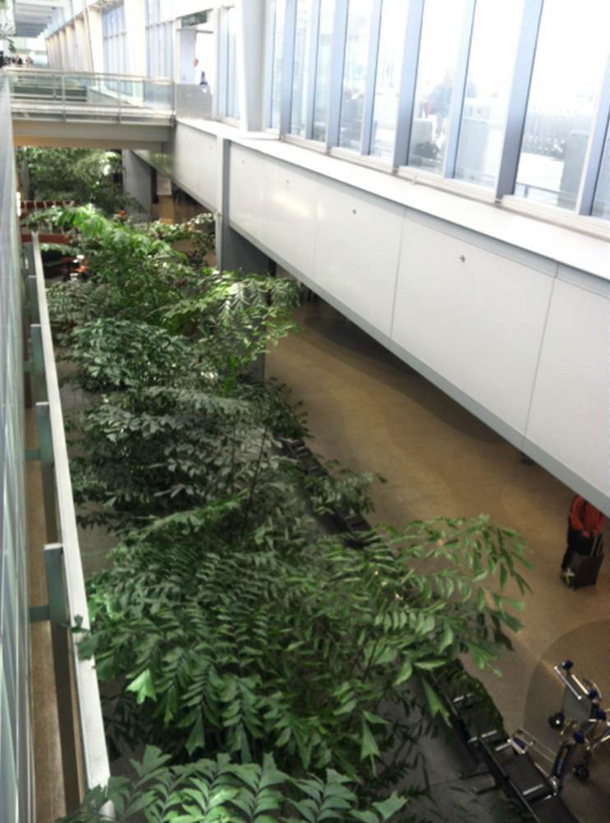 In a little nook outside Terminal 1, there is a repurposed outdoor area. What was formerly parking spaces is now a lovely succulent garden and paved outdoor lounge and lunch area for airport employees. 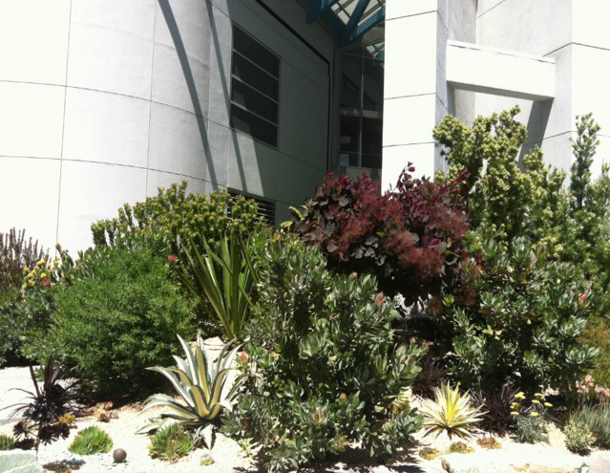 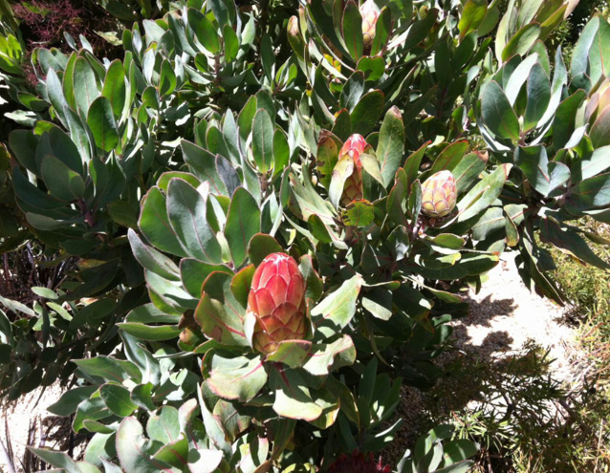 There are also plenty of potted plants and small trees inside the airport, such as the tucked away Reflection Room (think of the quiet room at the library where nobody makes a peep). 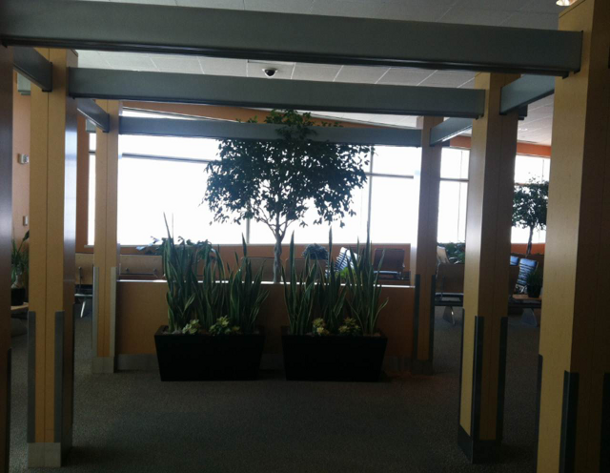 Back outside the terminals, I was surprised to discover that there is a large bioswale around the 101 inbound/outbound ramps leading to the Airport. This area, which is partially sunken and contains a small path, has a truly wild feel to it. 3 groves of California Redwoods, Cottonwoods, Alder, Redbuds, and madrone, with an understory of native shrubs such as Ceanothus, Carpentaria, and Manzanita populate the area. Native tule rush have also naturalized in the bioswale. 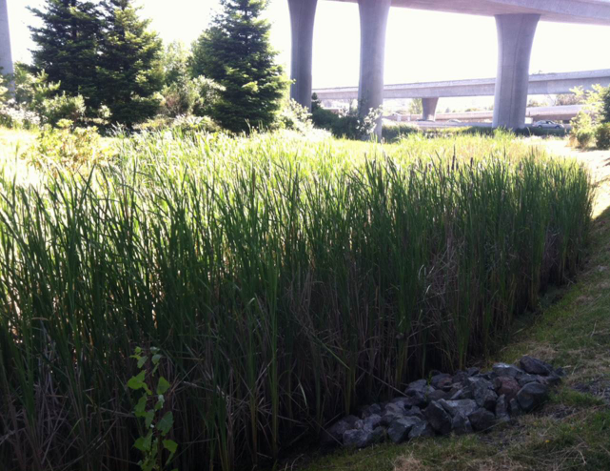 There was a little mystery to solve and I walked to the bioswale: a bunch of twigs littered the ground at the base of a lightpole. Turns out that some ravens had been attempting to build a nest on top of the light. Unfortunately, it’s domed, so all the twigs slid off. 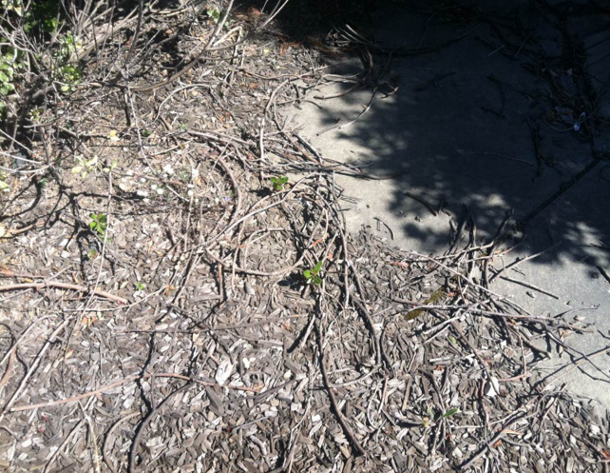 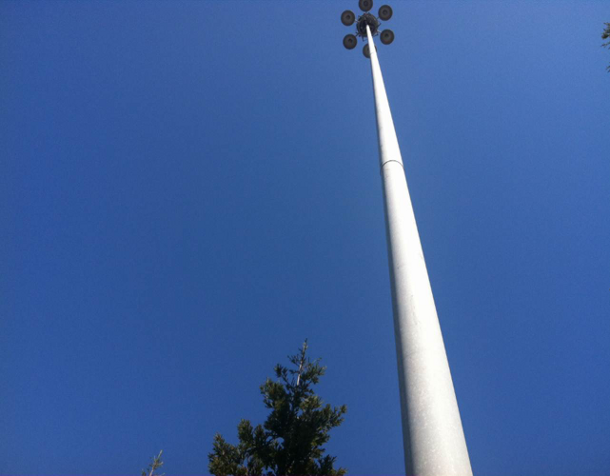 I didn’t leave on a trip, but I got to see plenty of things I hadn’t before. All in all, it was a most satisfying visit to the airport.