Shades of Green: The Hidden Carbon Cost of Tree Planting and Care

When you work with trees for a living, it’s easy to feel good about your impact on the environment. After all, trees provide us so many benefits including controlling stormwater runoff, reducing urban temperatures and sequestering carbon. However, there is a carbon footprint involved in their production, planting, pruning and ultimate removal. Trees play the long game – it takes decades before they provide the ecosystem services plant them for.  The way we work with trees can increase or decrease the time before they become “carbon neutral” and lengthen the number of years they can provide vital ecosystem services to us all.

Two studies have analyzed this issue. The U.S. Forest Service study of 2014 looked at the Million Trees Los Angeles program (MTLA). The more recent How Green Are Trees? study funded by the Horticultural Research Institute (HRI) examined the life cycle of Red Maple (Acer rubrum)  in the Chicago area. Both studies looked at the carbon emissions used in nursery production, delivery and planting, pruning and removal of street trees.

The Forest Service study found that the MTLA trees (various species) would become net carbon reducers after 40 years, assuming they remain for 100 years. The HRI study was slightly more optimistic, projecting a range of 26-33 years to carbon neutrality for Red Maple in the Chicago area. One of the main differences between the studies is that the Forest Service considered mulch and root decomposition as part of the emissions associated with tree work and the HRI study did not. The Forest Service Study also used longer transport distances and more intensive irrigation in their model as appropriate for the Los Angeles setting. It is typical in California to irrigate new trees longer than one year, while providing one year of irrigation, if that, is more common in the rainier Midwest climate.

While the studies differ, both conclude that reducing emissions associated with tree work reduces the number of years after planting that the tree attained carbon neutrality and prevents the urban forest from actually becoming a carbon emitter.

Some strategies for reducing emissions recommended by the two studies are listed below. No municipality or organization can incorporate them all, but we can certainly make improvements in some areas of our operations: 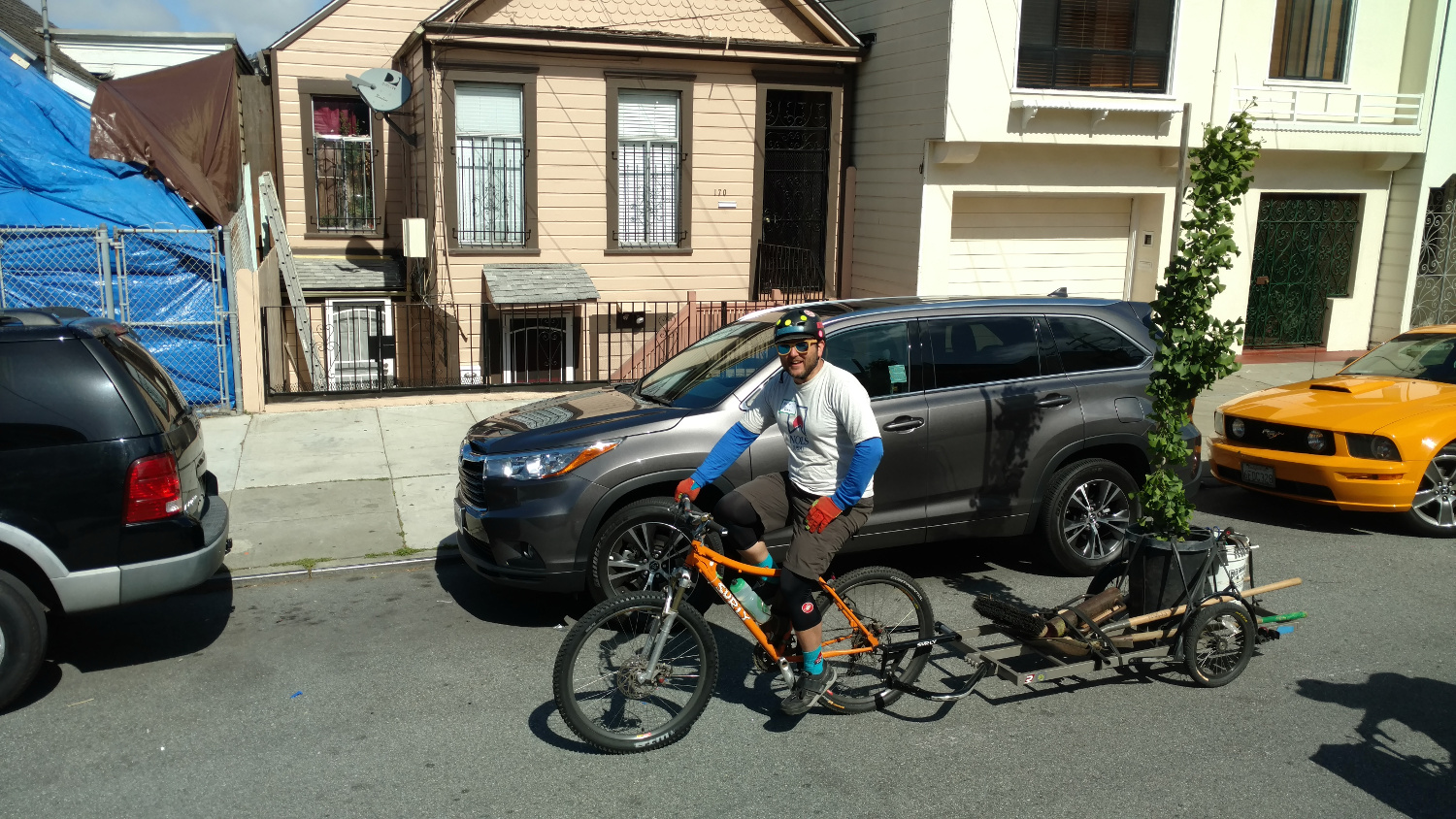 After reading both studies, some additional recommendations come to mind. What else can you think of?

It’s important to be aware that everything we do has an environmental impact, even when it’s “good” work. If we’re lucky, we’ll live long enough to stand in the shade of the trees we’ve planted, and breathe the clean air they provide us.