While continuous models are generally more complex (i.e. time consuming) than single event models, they generally provide an even more accurate representation of stormwater benefits. Single event models are often based on synthetic design storms. They therefore generally do not consider varying patterns of rainfall duration and intensity, variation of time between storms, changing antecedent soil moisture and surface storage conditions within the watershed, or the effects of evaporation and transpiration. Continuous models can quantify SCM benefits over the long-term, often many decades.

Because they account for many sizes and intensities of storms, as well as variation in the time between storms (typically based on long term rainfall records rather than synthetic design storms), continuous models provide a more accurate representation of infiltration, evapotranspiration (ET), depression storage, system storage, and therefore of the water balance of proposed SCMs.

Factors to consider when selecting a continuous model to quantify tree stormwater control measure benefits include:

There are many other factors to consider, depending on your project. Following are just a few examples related to Tree SCMs. 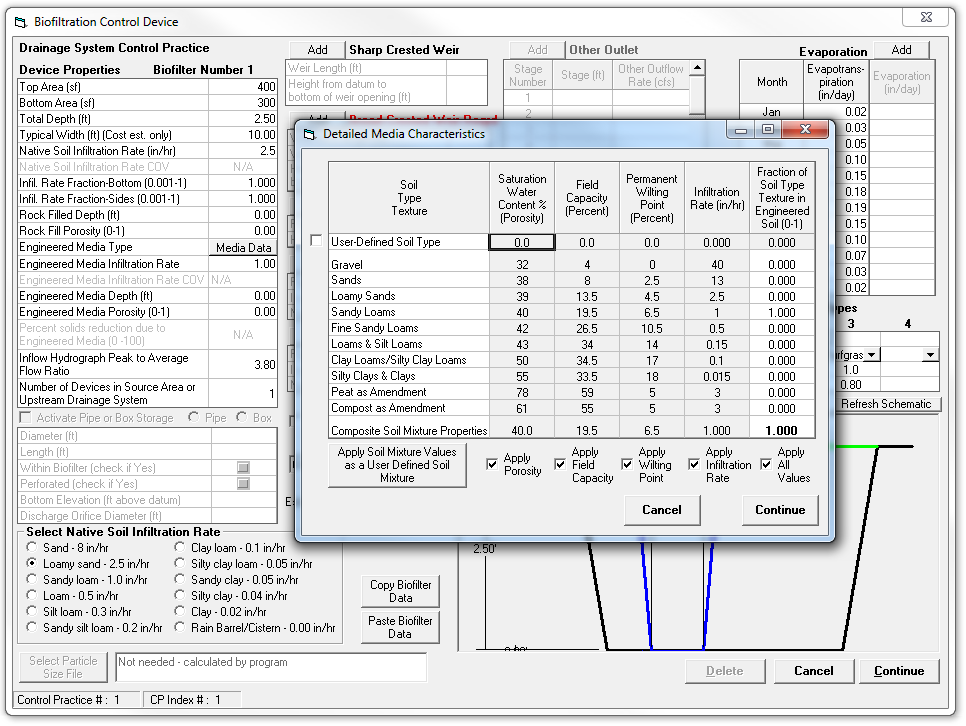 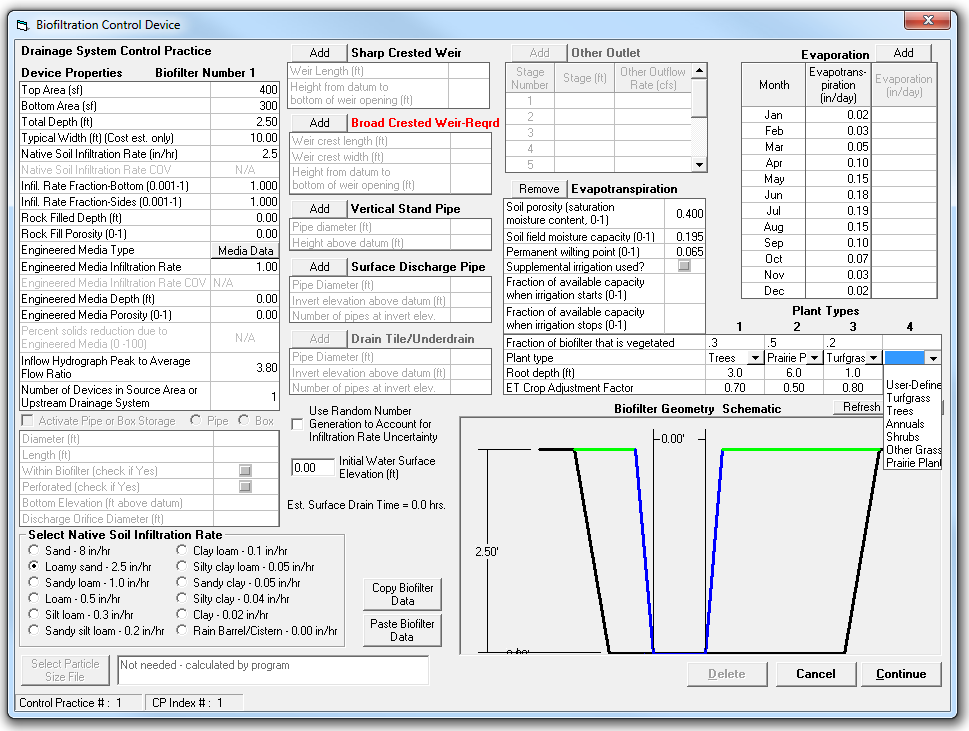 WinSLAMM also provides cost data, so the user can compare not only stormwater benefits, but also costs of alternative SCMS. One disadvantage of WinSLAMM is that it does not include snowmelt.

Another model that can be used to quantify stormwater benefits of tree SCMs is SWMM. Advantages of SWMM include:

Several proprietary models have been developed based on SWMM with additional modeling capacities, including, for example, XPSWMM and PCSWMM. Many more continuous models exist, and they vary considerably in their suitability to quantify tree SCM stormwater benefits, and their robustness.

It’s up to you

With all models, robustness of results will depend in large part on the creativity of the user in applying the model to tree SCMs. Lucas (2010) provides an example of creative and robust use of both a continuous model (SWMM) and a single even model (HydroCAD8.5) to model bioinfiltration.

While the level of detail in some of the continuous models is impressive, they are still just models, and many project-specific conditions may influence actual performance. For example, infiltration is significantly affected by soil macropores formed by root turnover, macropore radius, invertebrate organisms in the soil, and shrink swell cracks in clayey soil.

Lucas (2010) points out the magnitude of the influence of these macropores: “To appreciate the importance of macropore flow, consider that macropores created by worm holes and roots are in the range of 2 mm wide, while soils without bioturbation may have pores 1/10 that diameter (Rose 2004, p. 205). Because a macropore 2 mm wide will have 104 times the flux of macropores 1/10 the diameter, the effect of macropores therefore exerts a substantial influence upon field infiltration rates (Novák et al. 2000). This is why infiltration rates generally remain higher in bioretention systems than in infiltration basins where vegetation is absent.” That means that a soil with roots and wormholes will have 10,000 times the infiltration of soil without life in it!

In a previous blog, I wrote about why trees generally influence infiltration rates even more than lawn or pasture without trees: “Tree roots create more stable macropores for several reasons. The roots of dicotyledonous plants, like most trees, grow in thickness (secondary growth) as well as in length (primary growth). The roots of monocotyledonous plants, which includes grasses, usually do not exhibit secondary growth, so they are more prone to collapsing than the thicker macropores created by dicots. Also, woody plant roots have a lining on their roots that further increase stability of the macropores after the root decays.” So, not only does vegetation significantly affect soil infiltration rates, the type of vegetation matters also.

Many other field conditions that are not modeled can also influence infiltration rates (e.g. surface clogging), so field monitoring will be valuable regardless of the robustness of modeling. Nevertheless, models are crucial for planning and design, as well as many other uses.