Research for the Greater Good

A recent research study conducted by Bartlett Tree Research Laboratories tackled the question of the best methodology to grow trees in cities, with the ultimate goal of reaping benefits that mitigate the impact of climate change. The study, titled Aboriculture and Urban Forestry 2019 – in process was produced by Dr. E. Thomas Smiley, Dr. Kelby Fite, and James Urban FASLA.

Cities around the world are struggling to adapt to the impact of climate change. With extremes such as urban heat island effect and significant storm events increasing, there are a number of studies in process to understand how municipalities can establish long-term resilient solutions.

One of the main subjects in a number of these studies is trees. The benefits of urban tree canopies in mitigating heat-island effect, managing stormwater, improving air quality as well as physical and mental health are well established. Trees are a critical part of multiple strategies cities employ; however paving and urban infrastructure reduce the life span and growth of urban trees.

Further research has shown that the critical factor which enables a thriving urban forest and the health and climate benefits trees provide is soil. In recent years, as cities have created Street Tree Soil Volume Mandates, several methods to provide soil volume under paving have emerged. One project aimed to examine these methods is the ‘Comparison of Soil Treatments Under Concrete Pavement’, conducted by the Bartlett Tree Research Laboratory in Charlotte, North Carolina. It studied variations of the two main approaches that have been developed to provide rooting space for trees in urban areas – supported pavement and structural growing media.

The first study began with a tree planting in the various methods in 2004. The longevity of the study allowed for a keen understanding of both immediate and long-term benefits, as well as maintenance of the trees. The study concluded:

The differences in tree growth among treatments was dramatic; trees growing in the noncompacted soil suspended pavement treatment are visually healthier in appearance and provide more shade more quickly than any of the other treatments.

An evolution of the study was established in 2014, which examined six variations of plantings: DeepRoot’s Silva Cell system, sand based structural soil (SBSS), gravel based structural soil (GBSS), the Strata Cell, an open control, and a compacted control. Over three years, the trees were measured and assessed regularly against key indicators, and then extracted for final measurements and findings in 2017.

Through measuring and studying not just the trees, but the factors that go into an ideal environment for the trees, the results of the research are clear: high quality, loamy soils in load-bearing modules such as the Silva Cell quantifiably outperform structural soils. The trees planted in soil treatments that provided low-density growing media resulted in the largest, healthiest trees in the shortest time.

For cities and regions looking to unlock the well-known benefits of trees, both soil quality standards as well as soil volume standards are a requirement to meet aggressive urban tree canopy and climate proofing mandates.

More details on the study can be found at the link listed above. The Silva Cell performed the best in the following categories: 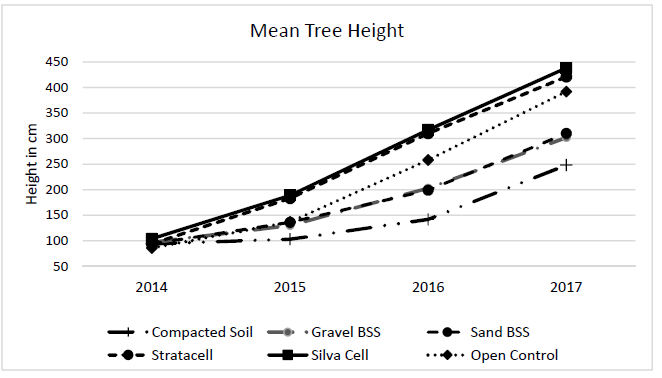 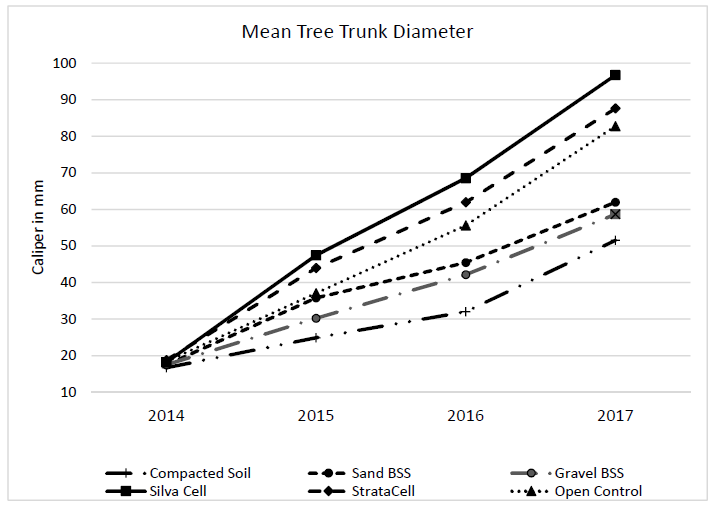 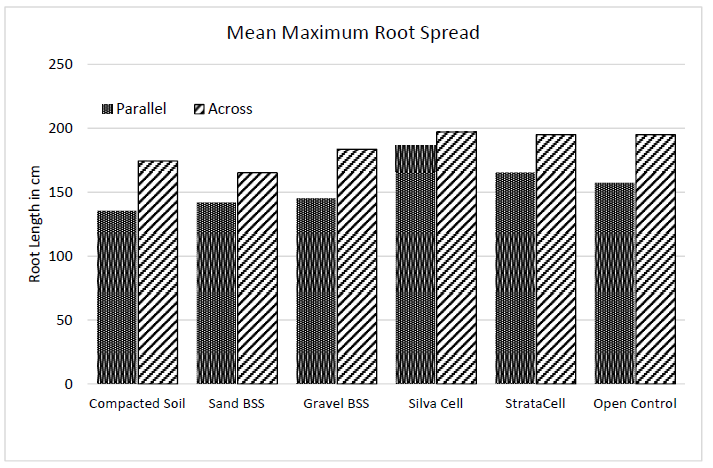 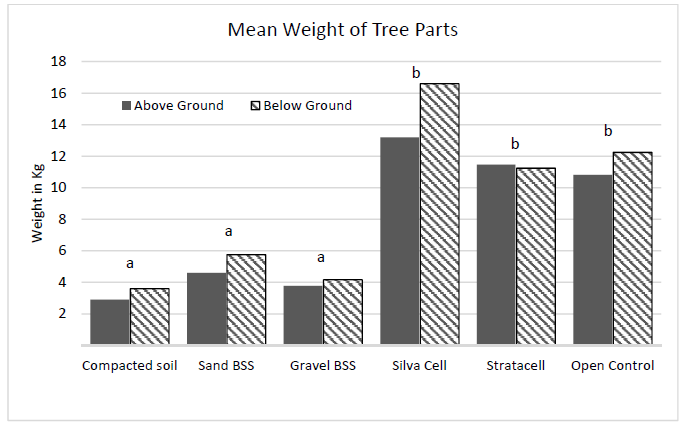 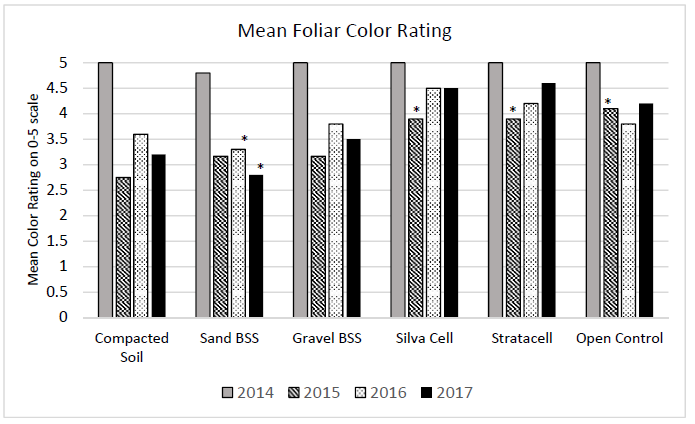 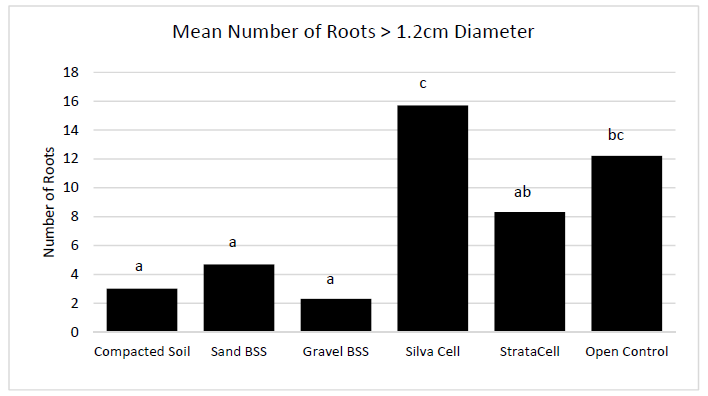