How Wide Do Tree Roots Spread?

“Most tree roots…occupy an area two to four times the diameter of the crown.”
– Colorado State University Extension

“Roots may occupy an area four to seven times the surface area occupied by the crown of the tree.”
– Iowa State University Forestry Extension

“While one rule of limb has been that a tree’s roots are one and one-half to three times wider than the foliage, other investigators estimate an irregular root pattern four to seven times the crown area; and, still other researchers maintain that the root extension can be four to eight times wider than the dripline of the tree, but only under certain conditions.”
-Roots Demystified, Chapter 9,  Robert Kourik, 2008. (He did his research for this chapter at the UC Agricultural Libraries at Berkeley and Davis in the late 1980s)

Well, that’s clear as mud! How can we protect roots from development (or development from roots, for that matter) if we don’t know where the roots are… or, even worse, if the roots may be everywhere? 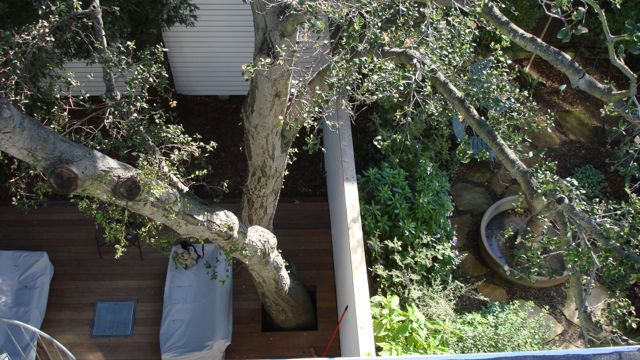 Some facts from the 4th edition of Arboriculture (Richard Harris, James Clark and Nelda Matheny) can make it easier to predict where roots might be:

However, roots can always surprise you, and direct inspection is always required to be sure where roots are. 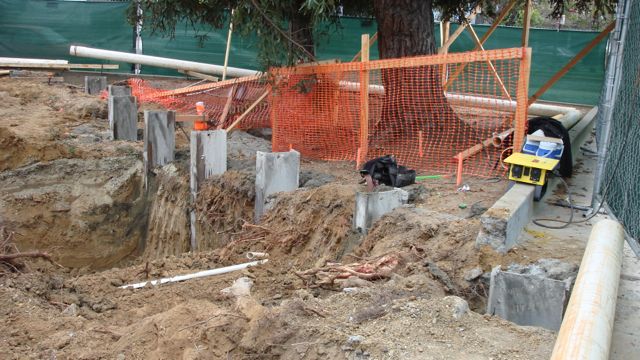 Ultimately, comparing the spread of the root system to the spread of the canopy is problematic. The dripline is easily altered by pruning, and the roots will not shrink to match the pruned canopy. Trunk diameter is a more reliable predictor of root spread. A 2009 study by Susan Day and Eric Wiseman at Virginia Tech analyzed young trees less than 8 inches in diameter growing in unobstructed soil and found that the ratio of root radius to trunk diameter was about 38 to 1. For example, a 6-inch tree could have roots out from the trunk as far as 19 feet. Studies for mature trees are fewer, but suggest that this ratio is smaller for older trees. 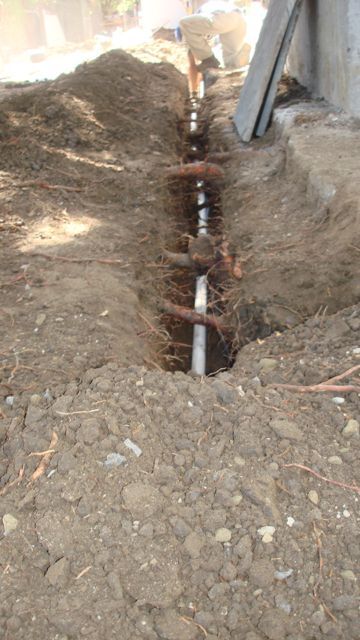 Hand-digging can preserve roots when trenching. Here, a hand-dug trench means an irrigation line can be successfully laid under established tree roots.

A Project Arborist should be retained in the planning stage to assess trees, review plans and look for roots in the proposed development area. Trenching or pot-holing in selected sites using an air or water excavator can expose roots with less damage than traditional excavation methods. By finding exactly where tree roots are located in advance, the project can be designed with tree preservation in mind.