How Does Soil Differ Across Earth’s Biomes?

Ecologists group large geographic regions with similar environments and distinctive plant and animal communities into biomes. The environmental factors influencing biomes include latitude, the general climate and topography of the region, and soil. Soil is the foundation of every terrestrial ecosystem. Each biome has soils with characteristics unique to it.

Forests occupy nearly a third of Earth’s land surface-they are the most complex and diverse ecological system. The forests we like to hike in are beautiful because of their trees. But, it’s the soil that keeps those trees healthy. Soil provides the nutrients for the trees to grow, and the support to hold the trees up…even a giant redwood! If a forest is destroyed in a fire, the soil will bring back life.

Soils are an integral structural part of your woodland and the larger forest ecosystem. Important forest soil functions include:

– Providing water, nutrients, and physical support for the growth of trees and other forest plants
– Allowing an exchange of carbon dioxide, oxygen, and other gasses that affect root growth and soil organisms
– Providing a substrate for organisms linked with vital ecosystem processes
– Harboring root diseases and other pests
– Affecting water quantity and quality

Water covers about 75% of Earth. This makes aquatic biomes the broadest of the biome groups. Aquatic biomes are further categorized into freshwater (rivers, wetlands, streams, lakes, etc.) and marine biomes (coastal wetlands, deep sea, etc.) Soils in the forest, our wetlands, or the plains affect the water in streams. All soils clean and capture water, affecting both water quality and quantity. Every drop of water we drink traveled through soils at one time or another. The soils helped purify it along the way. 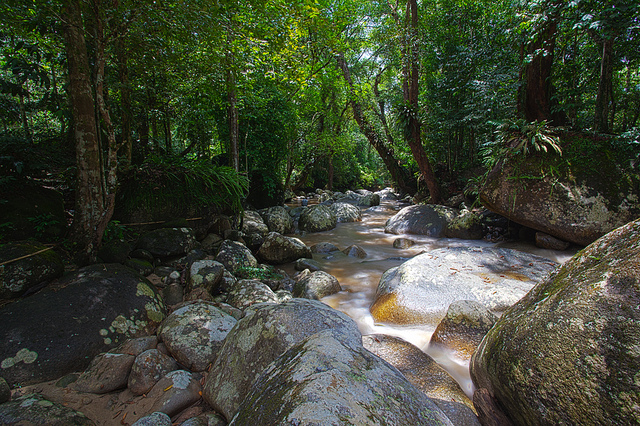 Without soil and soil particles, water would be running on bare rocks! When it rains, the soil acts as a sponge, soaking water into the ground. From there a few things can happen to the water. The water can be taken up by plants, microbes, and other living things, or the water moves into the underground aquifers and lakes, and flows into streams before eventually making it to the ocean. If rainfall contains harmful pollutants, the soil acts as a filter; contaminants are captured by the soil particles, and the water comes out cleaner in the aquifers and rivers.

Soil filters water as it moves from the land surface into the groundwater. This occurs through physical, chemical and biological process. For example, septic systems rely on these processes to protect groundwater quality as well as maintain the quantity of our water supply. When soils are not protected, soils and nutrients can pollute water, washing away into streams and oceans.

No matter where you live, there is soil under your feet. And it is a resource we need to protect, because soils sustain life.

Prairie soils are Mollisols, which have a deep, dark layer of topsoil. Even within a prairie, the soil can differ from region to region depending on the climate and the plants.

Prairie soils are rich, soft and deep. They form under grasslands where the climate has warm summers and cold winters. When the grassland plants die back in winter, their leaves and roots remain. This is good, because the debris acts like mulch on a garden. It adds organic matter, which keeps the soil fertile, and helps the Plains states grow much of the United States’ grain crops. 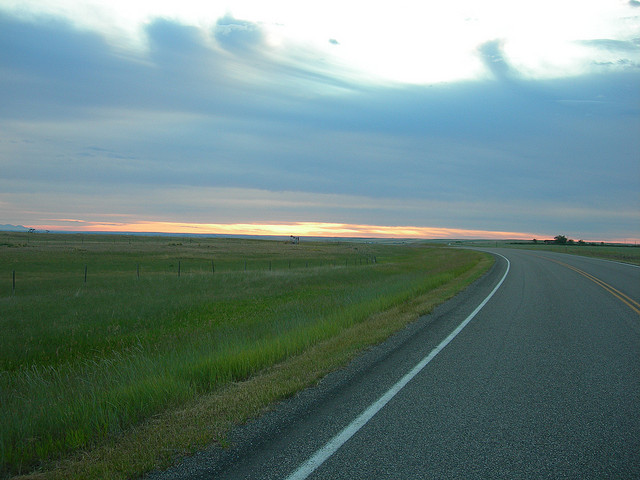 Even within a prairie, the soil can differ from region to region depending on the climate and the plants. Soils in the tall grass prairie have the darkest and thickest layer of organic matter. A prairie also recycles its own nutrients, which helps keep the soil fertile. When plant and animals die, they decompose and provide nutrients to the next set of plants and animals. We rely on these prairie soils for our foods.

Wetlands are found everywhere. However, wetlands encompass less than 1% of the world’s surface. Wetland soils often form in flat, low-lying areas or in depressions where water from rain or snow collects. The soil stays wet because it does not drain well. Wetlands are important habitats for wildlife from fish to frogs…to flamingos. They protect against floods by soaking up water and holding it like a sponge. When wetlands become dry, they shrink making them unstable platforms to build on. We need these wetlands to prevent flooding in rivers and streams. 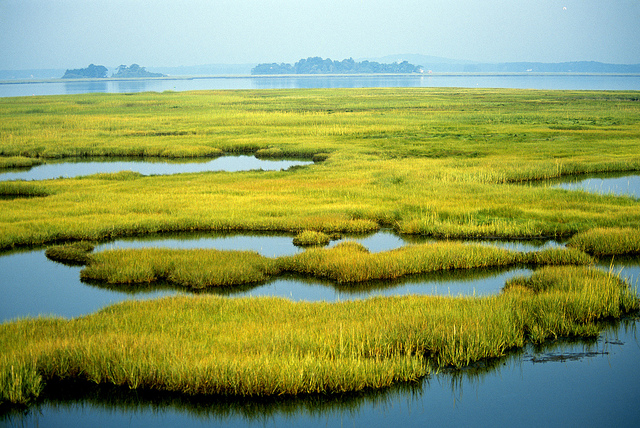 During heavy rains, the water spreads out and slowly soaks into wetland soils instead of rapidly running into rivers and streams. When wetlands are drained and replaced by farms and houses, the risks of flooding increase.

All wetland soils share common colors and color patterns. The surface layer is often black because organic material accumulates there. The subsoil is grey with bright orange and reds where iron has oxidized or rusted. Some very wet soils may be blue, green, or purple.

Not all deserts are sandy, but they all are dry. They form in areas that receive little rainfall or snow melt…or where the water evaporates more quickly than it can be replenished. The lack of moisture means that minerals are trapped inside the soil particles. This means there are very few minerals to support plant growth. However, we know that there are still organisms that live in desert soils, such as microbes, lichens, ants, rodents and reptiles.

Desert soils are dry for extended periods of time. Even when they receive rain or snow, the high rate of evaporation makes them dry out quickly. Desert soils are typically light in color because there is little vegetation to add organic material.