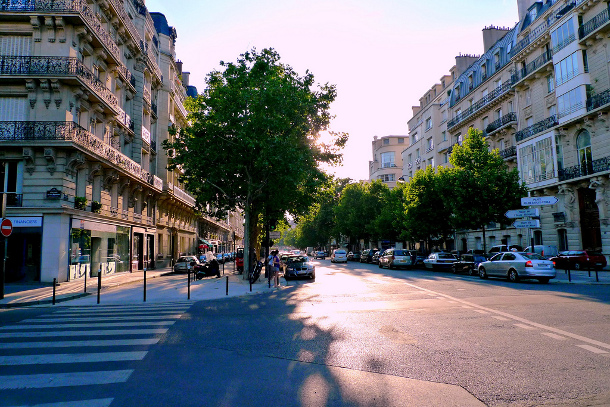 During the reign of French King Henry IV (“Henry of Navarre”) from 1579 to 1610, he and his Duke of Sully remade French infrastructure with tree-lined highways. At the palace of Fontainebleau, rows of pines, elms, and fruit trees were added to the landscape. After the assassination of Henry, his widow, Queen Marie De Medici, commissioned the very first alle of city trees in France that were not located within the confines of a garden wall or on top of battlements. Partly as a result of the creation of these boulevards, a new word was introduced into the French lexicon in 1570, promenade: a special walk to see and to be seen.

As a result of New World imports, personal wealth exploded around the same time. The nouveau riche, who wanted to impress, helped create a burgeoning market for leisure lawn bowling and lawn croquet. These sports quickly moved out of gardens and into streets (malls) dedicated for their play, as growing numbers of people could afford this pastime. Formerly only found in the gardens of the rich, these tree alles later became tree-lined streets. As always follows, the games of the rich were the envy of all, and became the unintentional foundation for the growth of Parisian street trees’s popularity. 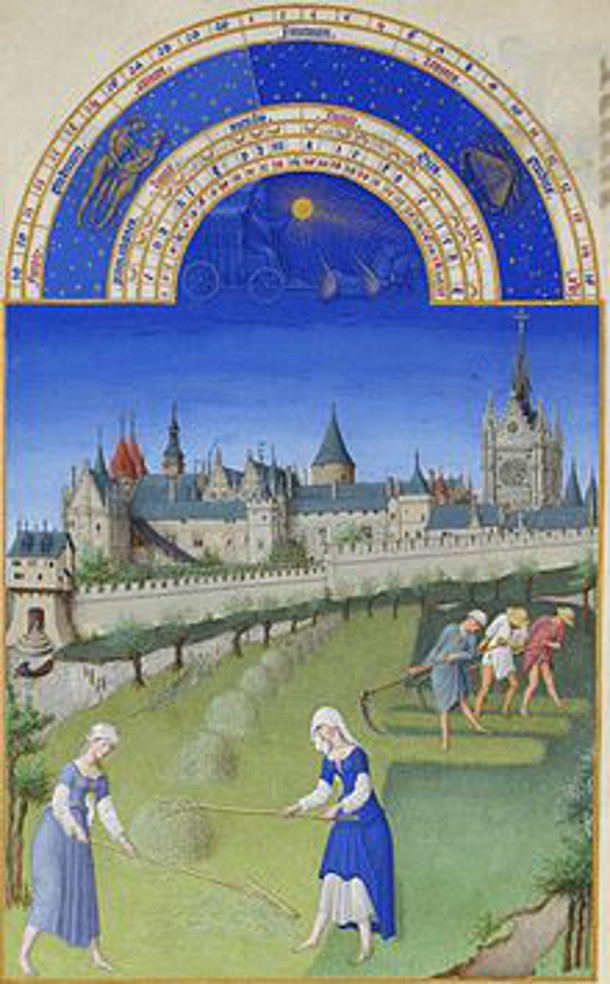 The Ile de la Cite in the Tres Riches Heures du Duc de Berry, circa 1410. The City Island on the south bank of the Seine River, as seen from the west. This is a pre-perspective drawing, a famous calendar of monthly activities. The demi-lune depicts the Twins Gemini and Cancer. Note the pollarded trees along the river. To the far right in the background is the facade of Saint Chapelle. Also in the background, behind the walls, lies the Palace de Justice (formerly the Royal Palace of the French monarchy) with its lush trees and trellises. An equestrian statue of the beloved Henry IV stands guard over this park, named in his honor. He and his minister, Duke Sully, brought tree-lined French highways through France and into Paris. Image source: Wikipedia

Trees growing on streets outside the old city walls (“the suburbs”), away from gardens or the countryside, became the fashion that all aspired to. Places that wanted to project success, wealth, and a certain je ne sais quoi began planting trees on their streets in great numbers. This expanded the number of street trees beyond what had ever previously been imagined. In 1782, Louis S. Mercier authored Tableau de Paris, a book in which he described Paris’s tree-lined outer boulevards as “a vast and magnificent promenade… one does not see such superbly laid out works except in an immense and rich capital.”

At the commencement of the French Revolution in 1789, Paris’ central street system, inside the city wall, or old city, was still a medieval maze of alleys and crooked streets. Maps show that streets came in three sizes: narrow, narrower, and very skinny. Buildings several stories high were stacked on top of each other, with almost no trees [see Figures 1, 2 and 3]. These inner-city ghettos made Paris an excellent place to start and sustain riots, street fights and blockades; armies could not march to an open location in large numbers and open fire. There were also no bathrooms and their associated facilities (i.e. toilets) as we know them today, which made these cramped neighborhoods even more unpleasant – another excellent way to incite riots and rebellion. The high population ensured that there were always plenty of people to “man the barricades.” People who didn’t live there referred to the people who did live there as “the dangerous classes.”

The resulting Revolution removed royalty and the aristocracy, of power, palaces, land, and wealth, which was then disbursed to the French state; finally France’s elite lost their heads. As the rebellion continued into 1794, a planning group formed, generously named the “Commission of Artists.” These artists envisioned a new Paris, primarily a city that an individual could survive in, perhaps a place a person might even want to live in. A concept of “liberty trees,” particularly oaks and elms, arose, and liberty trees were soon planted prominently in front of former palaces, prisons, monasteries, and cathedrals. 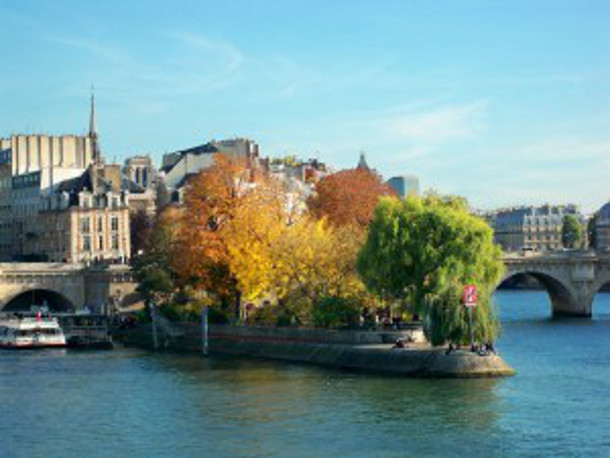 With the ascendance of Emperor Napoleon to power came his vision of France as a world military power, with Paris at its center. As in other walled medieval cities, this vision demanded that Paris’s streets be widened and hardened for support of the movement of canons and artillery. Napoleon I oversaw the construction of several new, wider streets, including the huge Rue Rivoli (without trees), but his heart doesn’t seem to have been in it. Instead, he was preoccupied with another activity necessary to realizing the first part of his aforementioned vision: creating a new French Empire.

To make France an empire meant taking land from other countries, a method to which those countries naturally took exception and usually lead to war. After Napoleon discovered his life’s work and pursued wars with fervor, the Parisian remodeling project was put aside. However, while Napoleon was on the warpath, he decided to bring French culture to the cities he invaded. He had a particular fondness for demolishing the conquered cities, bastions, and other fortifications, and then planting trees where the defensive walls once stood. Brussels, Belgium was a particularly “lucky” recipient of these French promenades during Napoleon’s invasions. But it was Napoleon’s grandson, Napoleon III, who really pushed Paris’s street trees forward and in ways made it possible to become the city it is today.