Some Handy Analogies for Urban Trees 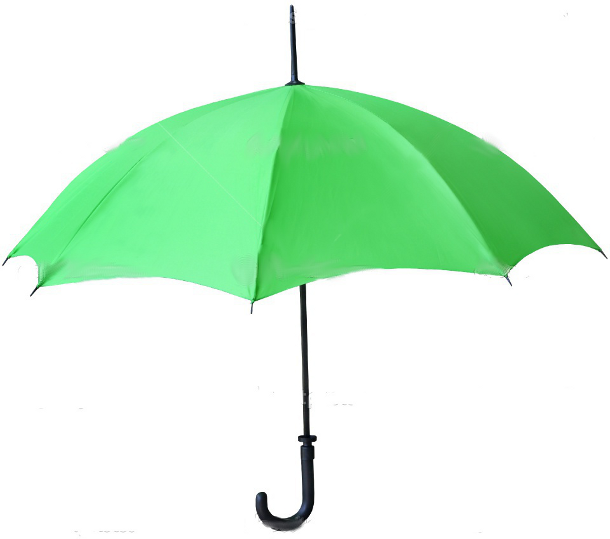 I’ve been reading Chip & Dan Heath’s Made to Stick, a book about why some ideas succeed and others fail. It’s fascinating. It’s also very, very funny. And it’s made me think a lot about how we communicate about green infrastructure and the importance of trees, soil and stormwater in our cities and towns.

Fundamentally, everyone’s goal is to take an idea they feel is important, relevant, or unifying, and get others to see it the same way they do. Are we doing it well enough? Are the messages sticking?

In their book, the Heaths explain the essential qualities of successful – “sticky” – ideas. One tool they discuss using to make an idea more memorable is schemas, also known as “generative analogies,” or metaphors that elucidate new concepts. Schemas help explain an idea in a quick and easy way, and help to simplify a general or unfamiliar concept in to a more recognizable and specific one. For example, a pomelo could be described as a “large citrus fruit with a thick, but soft rind.” Or it could be described as a giant grapefruit. The second description is much stickier.

So of course, I got to thinking about how I might apply this to green infrastructure, and in our case, urban trees and soil. At first, it doesn’t seem like schemas would be helpful to describe a healthy, mature street tree. A tree doesn’t seem like something that requires further explanation. But trees, particularly in the urban context, are much more than simple ornamentation. Isn’t a big street tree, with a strong and robust root system, kind of like an umbrella attached to a water filter? A franken-brella-filter? 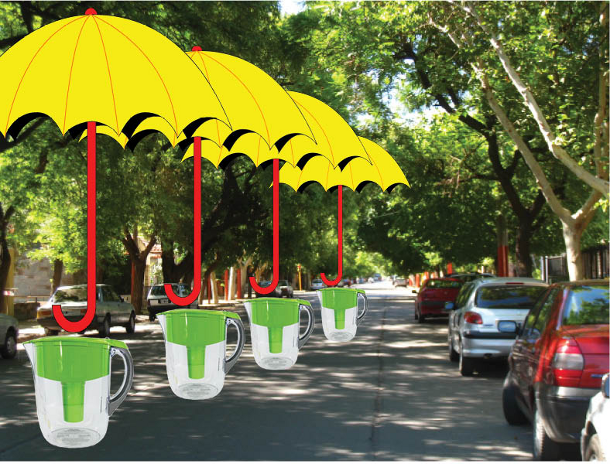 Or, another idea: a tree is also, essentially, a contained column of water vapor. In this sense, it’s like one of those misting umbrellas you sometimes see at outdoor restaurants in really hot climates that are designed to lower temperatures and make people more comfortable as they dine or shop outside. 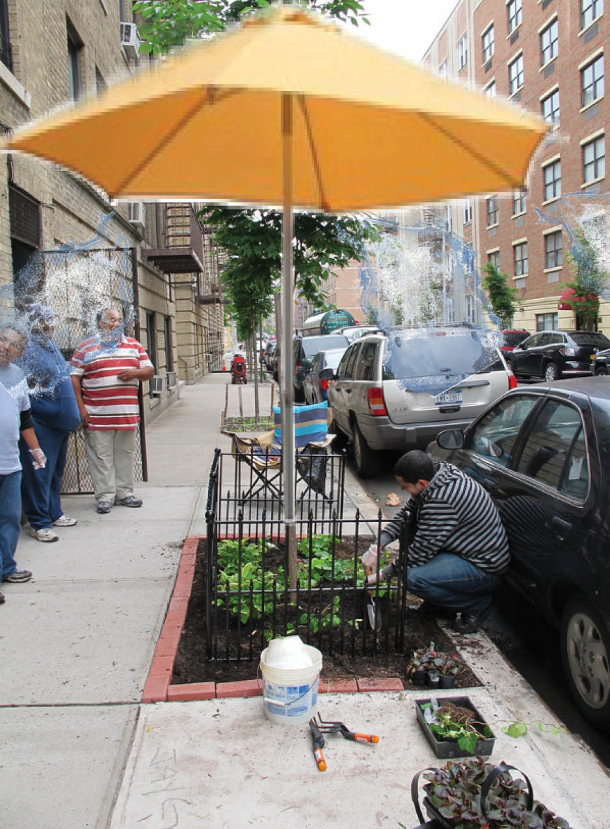 (Yes, those are supposed to be clouds of mist coming out of the umbrella).

Large urban trees are also like simple awnings, green and growing, that protect us from the sun and other elements. 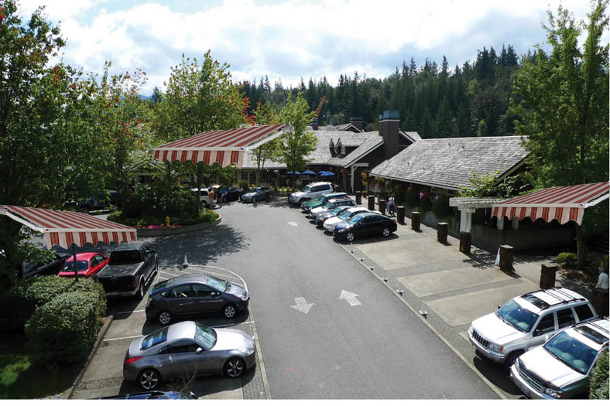 Many functions that street trees serve are mimicked in man-made items (umbrellas, awnings, pumps, misting nozzles), and often less effectively. There are many tree-like shade structures, for example. But I’ve yet to see one that has so many uses (ecological, functional) and that actually gets better and better at what it does over time. Not to mention that trees are extremely pleasing to look at. In this sense, trees are uniquely impressive design specimens.

The schemas I showed here are extremely rough. Forgive the poor image manipulation. The point is simply to make us all think about trees a little differently, particularly in the urban context. Communities want trees, yet solutions for growing truly mature street trees often get pushback for being too expensive, complicated, or unnecessary. But if you thought of a tree as an umbrella attached to a water filter, might we reconsider their utility? Schemas like this provide a core definition of a new concept while allowing us to imagine even greater possibilities. They are unexpected, but concrete. This is their value.

An umbrella attached to water filter isn’t the most elegant schema, I admit. But does it stick?