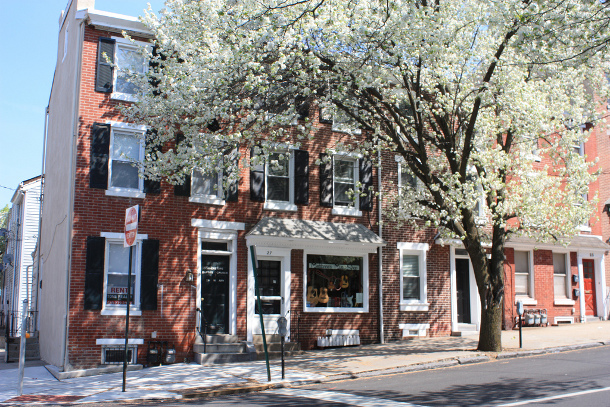 An exciting thing happened on July 23rd in Montgomery County, MD: Bill 35-12, which requires builders to replace trees that are cut down or disturbed during development as well as planting new trees on sites where they may never have existed in the first place, was unanimously passed.

Based on articles in Gazette.net and The Washington Post, the stickiest part of the proposed bill had to do with negotiating the number of new trees that developers would be required to plant on disturbed sites. Renewing Montgomery, a non-profit builders association, proposed a one-to-one replacement rate. However, the final bill passed by the council requires that approximately three trees be planted for each single tree that is damaged or removed. This amount was proposed by the Department of Environmental Protection and is based on tree mortality data showing that only a fraction of young trees actually survive to reach shade tree stature. 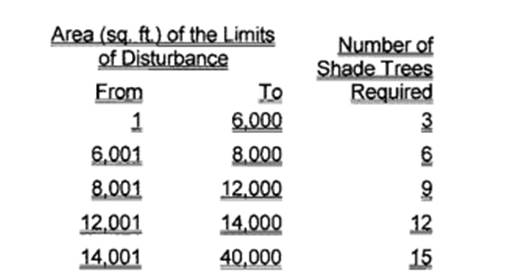 Tree replacement rates are based on the area of disturbance.

Renewing Montgomery and other opponents of the bill objected to the requirement to plant three times the trees that are expected to survive, calling it “tantamount to a fee.” Which I think is true, but not necessarily unjust. If the required number of replacement trees can’t be planted in the area being developed, builders are subject to a mitigation fee that is funneled to the Tree Canopy Conservation Fund. Mitigation fees are based on the square footage of tree canopy disturbed and therefore increase as the amount of tree canopy disturbance increases.

According to an article written by Bill Turque in The Washington Post on July 8th, the county and the builders association have, predictably, different reactions to the final bill:

“It was the product of a lot of back and forth, but we ended up in a good spot,” said Stan Edwards, chief of the environmental policy and compliance division for the Department of Environmental Protection.

Robert Kaufman, associate director of governmental affairs for the Maryland National Capital Building Association, said the fees still amount to a tax on small builders. But he added: “I don’t want to sound ungrateful for what everybody did.”

But there is something even more interesting to me than the tree replacement rate, tucked away on page 23 of the bill, that I haven’t seen reported on:

Each shade tree must be allowed at least 400 square feet unless applicable regulations adopted under specify a smaller amount, of open surface area free of any impervious surface, utility, stormwater management system, or other impediment to root growth and development.

Soil volume minimums, which we talk about regularly on this blog but are often excluded from tree preservation bylaws and ordinances, are a key component of creating mature, healthy urban forests. If they don’t start with access to an adequate amount of soil, no tree can reach the ecological and environmental function that makes it a valuable part of the urban infrastructure. By requiring 400 square feet of rooting zone for replacement trees, Montgomery County is saying that they value tree quality – not just tree quantity. By doing so, they are placing themselves in distinguished company.

The mitigation fees that I discussed earlier must, according to the bill, “be spent on establishing and enhancing tree canopy including costs directly related to site identification, acquisition, preparation and other activities that increase tree canopy, and must not revert to the General Fund. The Fund may also be spent on permanent conservation of priority forests, including identification and acquisition of sites within the same subwatershed where the disturbance occurs.”

My hope is that this bill will encourage builders and designers to collaborate more closely on the construction of the surrounding site and landscape, toward solutions that meet the needs of urban infrastructure and green infrastructure. That starts with not thinking of the landscape and the structure (building) as necessarily separate entities and seeing how they form a site that functions as a whole. 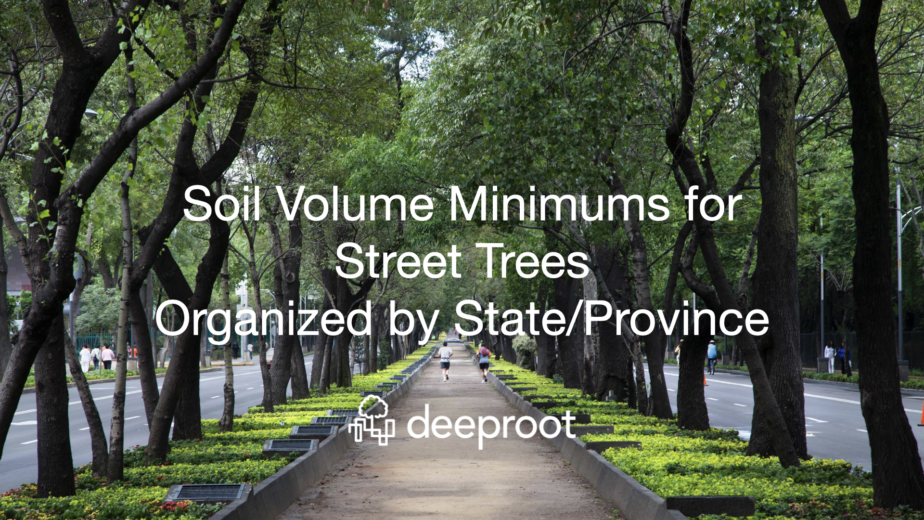 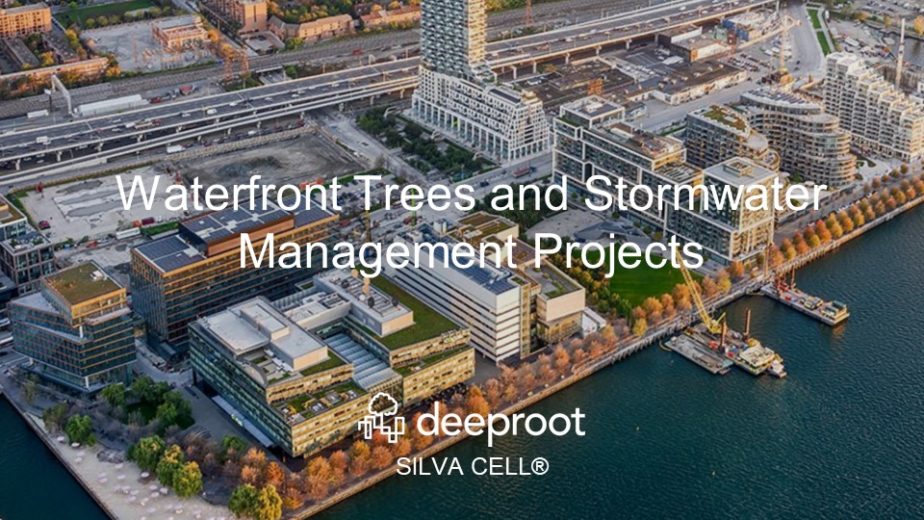 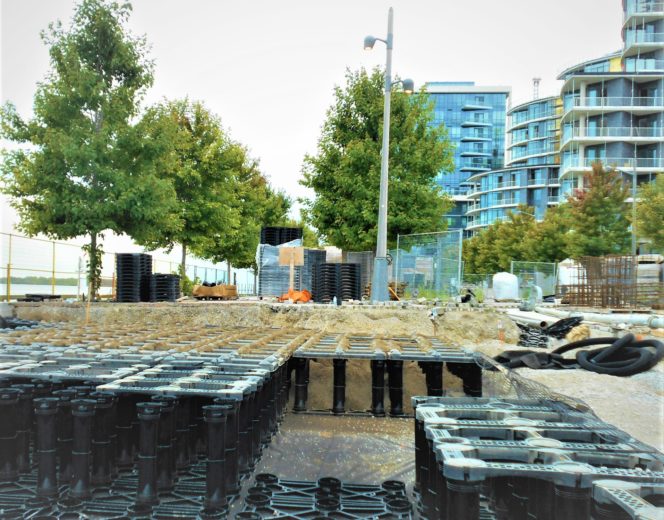