As regular readers of this blog know, when I learn about early suspended pavement systems for trees, such as the Christian Science Center in Boston, I like to find out more about them. I recently learned about another one that was installed at the Herberger Theater in Phoenix, AZ in 1989 – now 25 years ago.

Designed by landscape architect Steve Martino, this project concerned nine palo verde trees being planted along 2nd Street, right in the heart of downtown Phoenix. Martino, who I contacted to learn more about this project, told me that was concerned about air movement under the sidewalk and between trees, and wanted to expand the potential root growth zone. He’d read an article by James Urban about the challenges of creating appropriate rooting conditions for street trees and was interested in the concept. 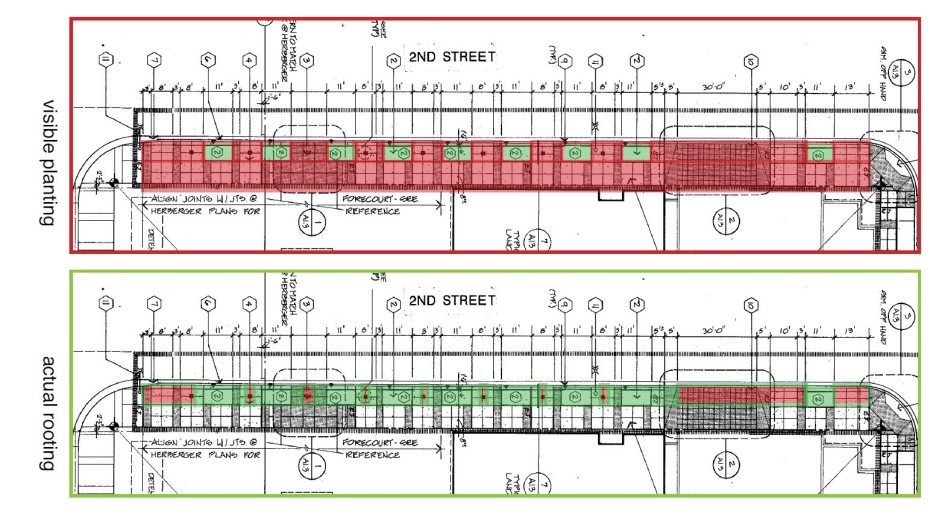 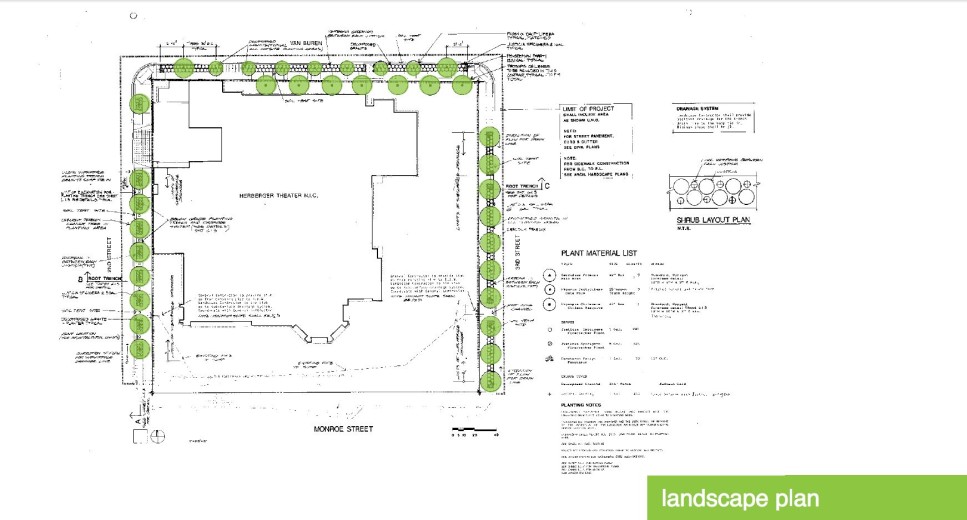 He designed pillars of gravel topped with concrete spans to support the paving and expand the rooting zones under the sidewalk. He also added a vertical air duct feature. According to Martino, “I was concerned about air movement under the sidewalk and between trees to extend the potential root growth zone.”

Martino was never sure if the project got built as it was designed, but he suspects it might not have. The contractor supposedly built the root zones according to his drawings, but may not have ever constructed the air ducts. The city did not want to open the tree pits once they had been sealed up to make sure. Despite this likely ommission, the trees did pretty well for an urban streetscape. 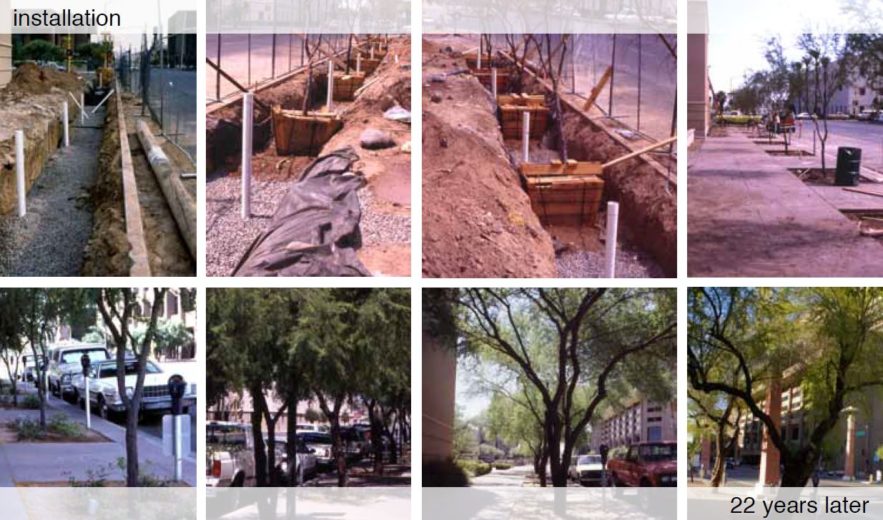 A lot of the trees have been cut down or replaced since they were originally planted – not necessarily because they weren’t thriving, but because other work (like sidewalk replacement) was being done. But in general, they are a good demonstration of the principle that more soil results in better trees. To this day, you can see that the trees in the suspended pavement design – on the right in the image below – are significantly larger and shadier than their counterparts on the opposite side of the street.

Special thanks to Dave Fowler, who worked for Steve Martino for two years, for introducing me to this project and for allowing me to use images and content from his graduate school thesis paper on street trees in the urban environment, and to Steve Martino, for taking the time to answer some of my questions about this project.