Recently I did a post on the amount of soil it takes to grow a big tree. I challenged the notion that it takes 1000ft3 of soil to grow a big tree and promoted the more accurate formula of 2ft3 for every square foot of crown projection. metric= .66M3/M2 of CP

However, this ratio is not one size fits all. It is based on water use, which varies widely depending on the field capacity of the soil, the evapotranspiration rates of the tree itself, and the leaf area index. The big takeaway for a landscape architect is that dryer and hotter locations need much more soil than wetter and cooler places. When considering soil volume always consider the climate. Even further, consider the latest drought and rainfall patterns, as climate change continues to create larger and longer droughts.

An obvious comparison of Phoenix to New York is not relevant because the plant material is so different (Mesquite versus London Plane).

Landscape Architects should keep in mind however that in dryer areas, more soil is warranted due to the hotter and drier clime. Take for example the project Amazon Denny Streetscape in Seattle versus Project 180 in Oklahoma City. The trees in Oklahoma City will need more soil.

This is because Oklahoma’s climate is relatively dry compared to Seattle. While rainfall there is approximately 30-35” per year, while in Seattle’s 40-45”, it is much more susceptible to drought. It rains there only 72 days per year, whereas Seattle rains 156.  While the volumes are similar, the continual wetting of trees in the northwest, has obvious implications for tree soil. Less frequent and larger storms in Oklahoma, means that much of the rain flushes away in a torrent, and not taken up by the tree over time. You can see it in the tree soil volumes for each project. 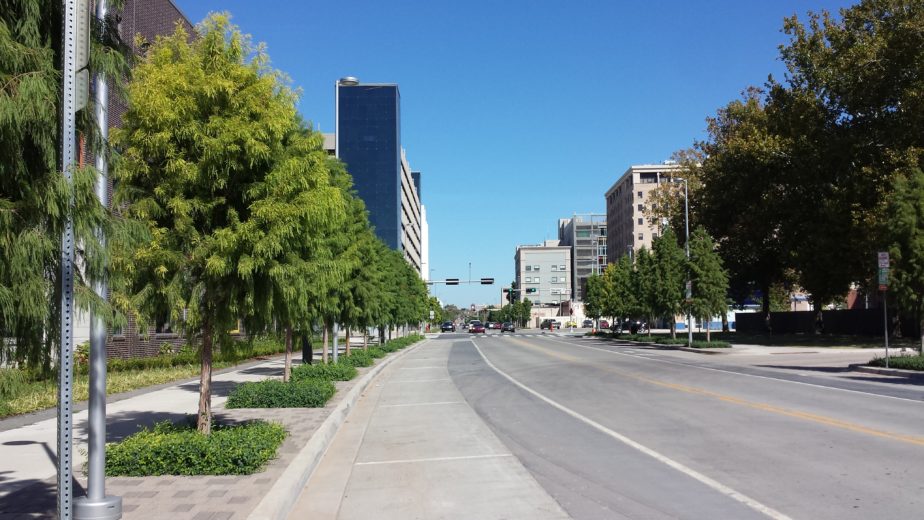 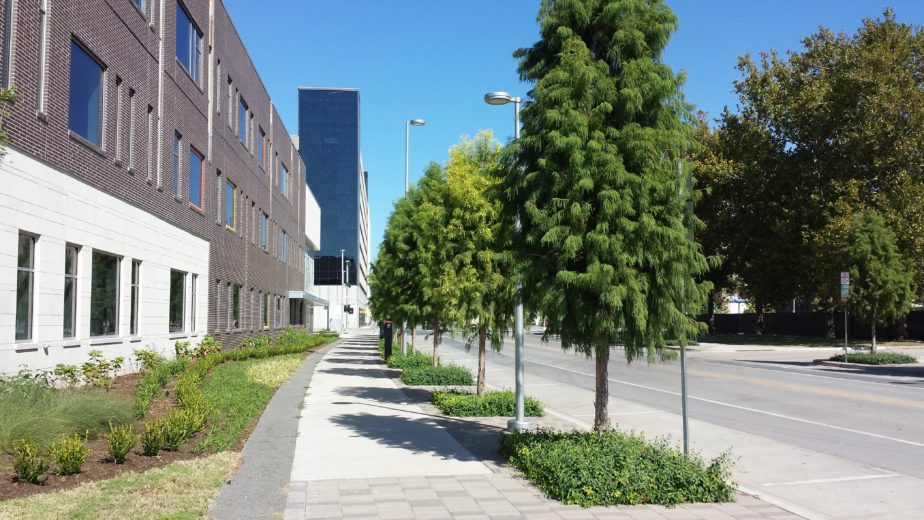 There is no question which project will have larger trees in the future, but the designers at Site Workshop knew that because of the consistent wetting of the soils in the northwest, the plant performance will progress very well until the canopy eventually matches the volume of the soil installed.

Seattle’s Amazon district on 7th Avenue between Blanchard and Westlake is a green canopy dream.
In 2016 a dozen trees were planted among hundreds of Silva Cells in the heart of a newly renovated Amazon campus. The street trees border the campus buildings and act as a barrier between car and bike lanes. In addition, their shade extends into the sidewalk protecting pedestrians from extreme heat days. 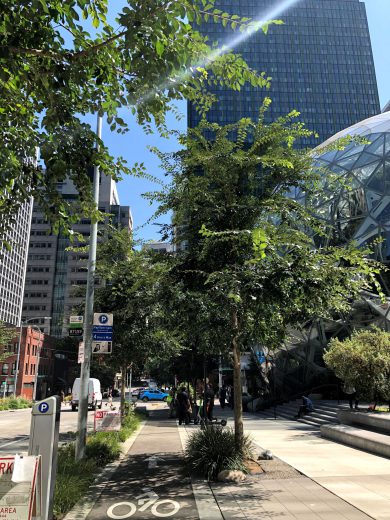 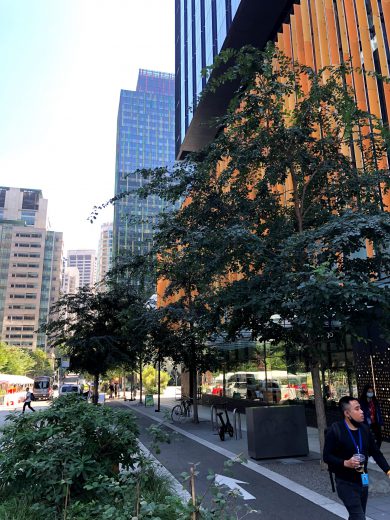 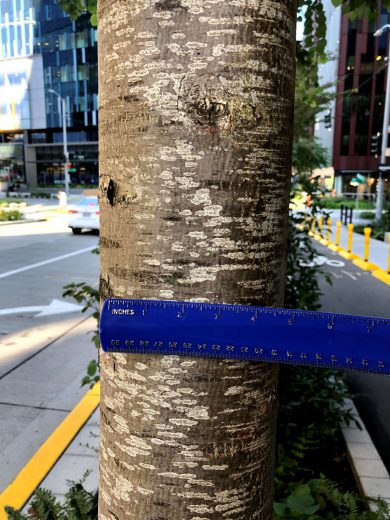