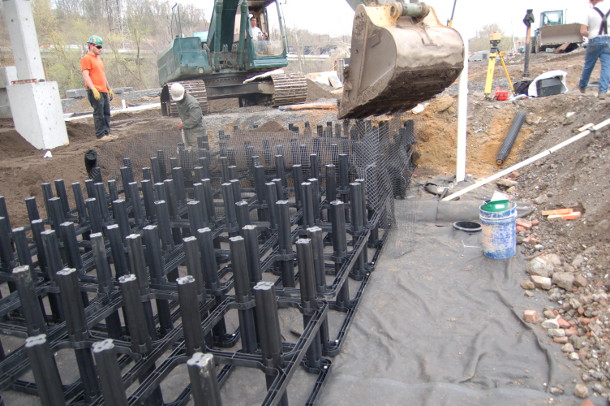 In April last year we shared some news about a Silva Cell project in Philadelphia – the Venice Island Recreation Center, in the Manayunk neighborhood. Venice Island sits between the Manayunk Canal and the Schuylkill River. After two years of work on the whole site – which was built up anew after demolishing the old buildings – the Philadelphia Water Department posted on their website last month that this project is now in the final stages of completion. 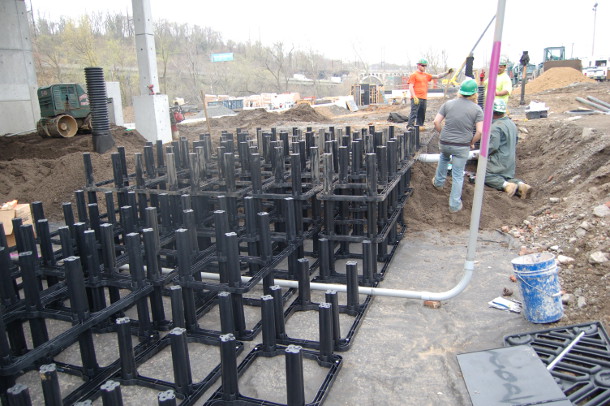 The new Venice Island park will have a performing arts center, a children’s play area, a renovated parking lot, and athletic facilities, but it’s most unusual feature is invisible: an underground storage basin capable of holding nearly four million gallons of stormwater. According to the Philadelphia Water Department’s website:

The project will reduce demands on existing stormwater infrastructure in the Manayunk area and in turn protect and improve the health of the Schuylkill River. In addition to managing stormwater, the project will transform a declining area into a renewed public space… The intent is to evoke Venice Island’s industrial heritage, local building techniques and vibrant natural history along the Schuylkill River while creating a safe city park. The design explores the potential created by the intersection of natural processes and the urban infrastructure, incorporating the ephemeral and eternal qualities of the riparian landscape with the powerful man-made environment of the industrial age.

This underground water storage facility is designed to hold the run off from the 100 year storm event from a multiblock area. 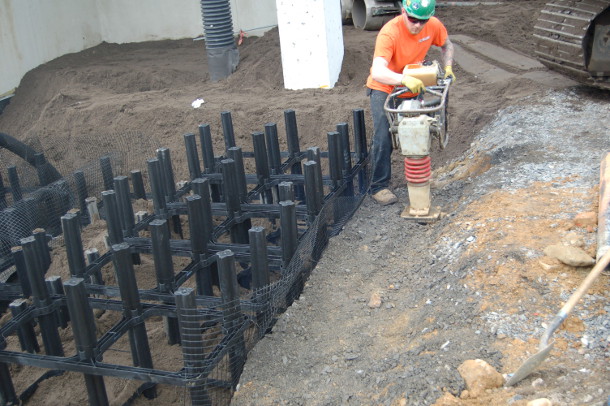 The Silva Cells will hold water from the adjacent parking lot. It will be the first usage of this product by the Philadelphia Water Department. 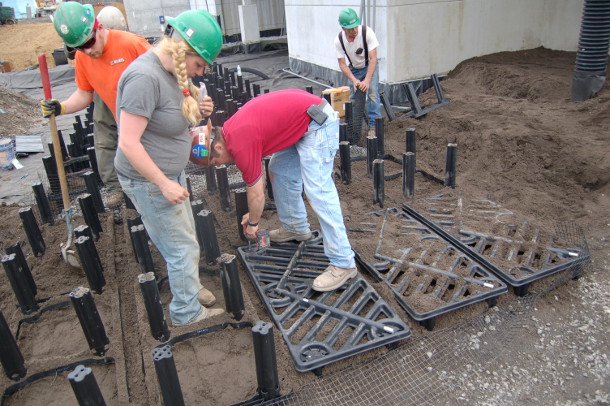 In addition to Silva Cells and the underground storage basin, there will be a green roof on the storage facility’s pump house. The Water Department is also working with Philadelphia Parks and Recreation to improve the Manayunk Canal by restoring water flow, including “dredging and modification to the spillway at Flat Rock Dam.”

This project is one of many by the Philadelphia Water Department with the express purpose of protecting the Schuylkill River and enhancing its water quality. The river is a source of drinking water for the City of Philadelphia, so keeping it drinkable is extremely important for public health. It’s also very important for local fish, wildlife, and plants. 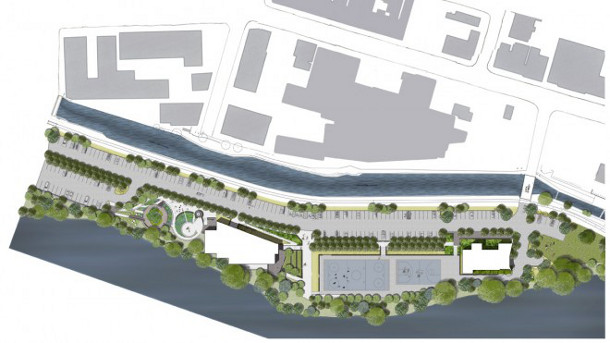 The public will be officially invited to use the space in April 2014. To stay up to date on news about Venice Island, bookmark the project page. To read more about all the different elements of the Venice Island Recreation Center, visit Hidden City’s detailed account of a recent visit.