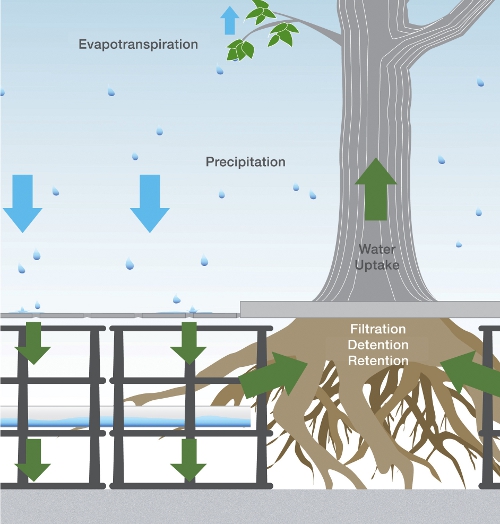 One of the most common questions we are asked about using this solution is whether the pavers will become clogged over time.

A 2009 literature review by the Toronto and Region Conservation found that although clogging was a problem with some of the earliest permeable paver installations, more recent permeable pavement installations maintain much higher infiltration rates with age due to improved siting, design, and maintenance:

“…clogging has been a serious issue in some of the early permeable pavement installations (Lindsey et al, 1992). Many of the early permeable pavement installations were installed with sand as a bedding layer. Further, garden and grassed areas around the perimeter often drained onto the pavement, rather than away from it. These conditions tend to increase potential for clogging. More recent installations use washed stone in the pavement openings and bedding layer because it resists breaking down into smaller particles with age and the pore spaces are large enough to transmit fine particulate matter into the base course layers, thereby reducing potential for surface sealing (Toronto and Region Conservation 2009).”

So, what can be done to minimize clogging? 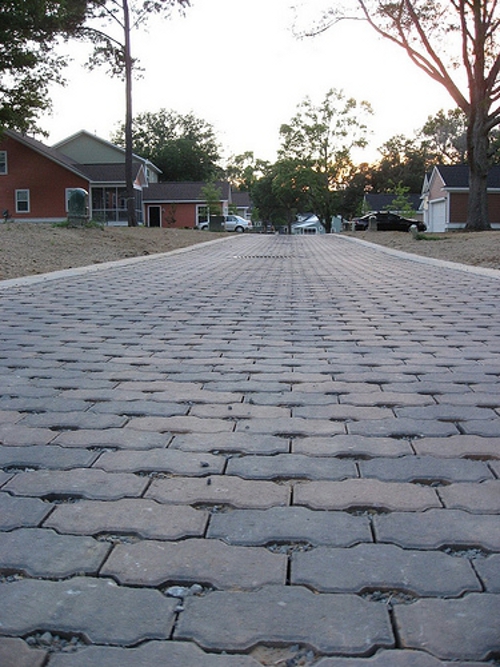 Putting It All In Perspective

Based on many studies of long term infiltration rates, the Interlocking Concrete Pavement Institute (ICPI), recommends that “Since there are infiltration differences between initial and long term performance, construction, plus inevitable clogging, a conservative design rate of 3 in./hr (2.1 x10-5 m/sec or 210 L/sec/hectare) can be used as the basis for the design surface infiltration rate for a 20 year life” (Smith, 2006).

Toronto and Region Conservation (TRCA). 2009. Review of the Science and Practice of Stormwater Infiltration in Cold Climates. 2009. Downloaded December 2010 from http://www.sustainabletechnologies.ca/Portals/_Rainbow/Documents/SW_Infiltration%20Review_0809.pdf