Training You to Train Young Trees

After a big windstorm, we who work with and love trees take note of the damage with trepidation. Large trees that have split apart or lost a major part of their structure often cannot be saved and must be removed. Fortunately tomorrow’s urban forest has a better chance – if we act today! 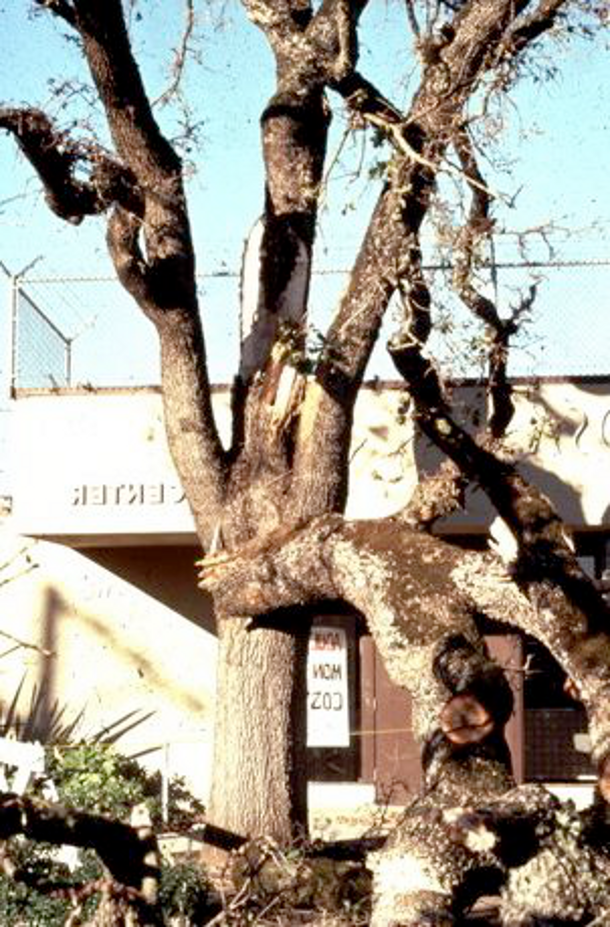 This could have been prevented through structural pruning. Photo by Larry Costello.

Since the 1990s, research has shown that structural pruning, or ‘training’ young trees will strengthen them and lengthen their useful life. In minutes per year, a tree owner or caretaker can re-structure a young tree, preventing it from falling apart at maturity and causing property damage.

A tree with an upright central leader and well-spaced, well-attached scaffold branches has a better chance of surviving a windstorm unscathed. This stable structure is not always found in nursery-grown trees but can be trained when the tree is young. 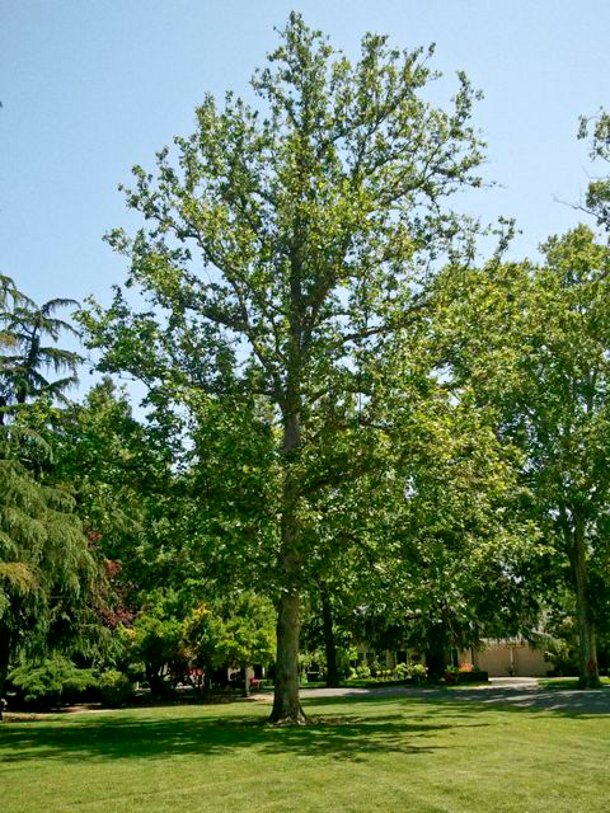 A well-trained tree with good structure. Photo by Ellyn Shea.

Until now, most of the educational materials about structural pruning have been available mainly to professionals. A new video, Training Young Trees in Your Home Landscape, demonstrates the process simply for everyone.

I was honored to have the opportunity to co-author the script and shared the on-camera time with Dr. Larry Costello, retired UC Horticultural Advisor for San Francisco and San Mateo Counties, The University of California Division of Agriculture and Natural Resources (UCANR) provided technical production services.  Funding was provided by the Elvenia J. Slosson Endowment and the California Department of Forestry and Fire Prevention.

The London planes had pretty good structure already and were lightly pruned , but the ornamental plums required serious re-structuring, as seen here. It looks like a shocking amount to prune off a tree, but a young tree can take it. 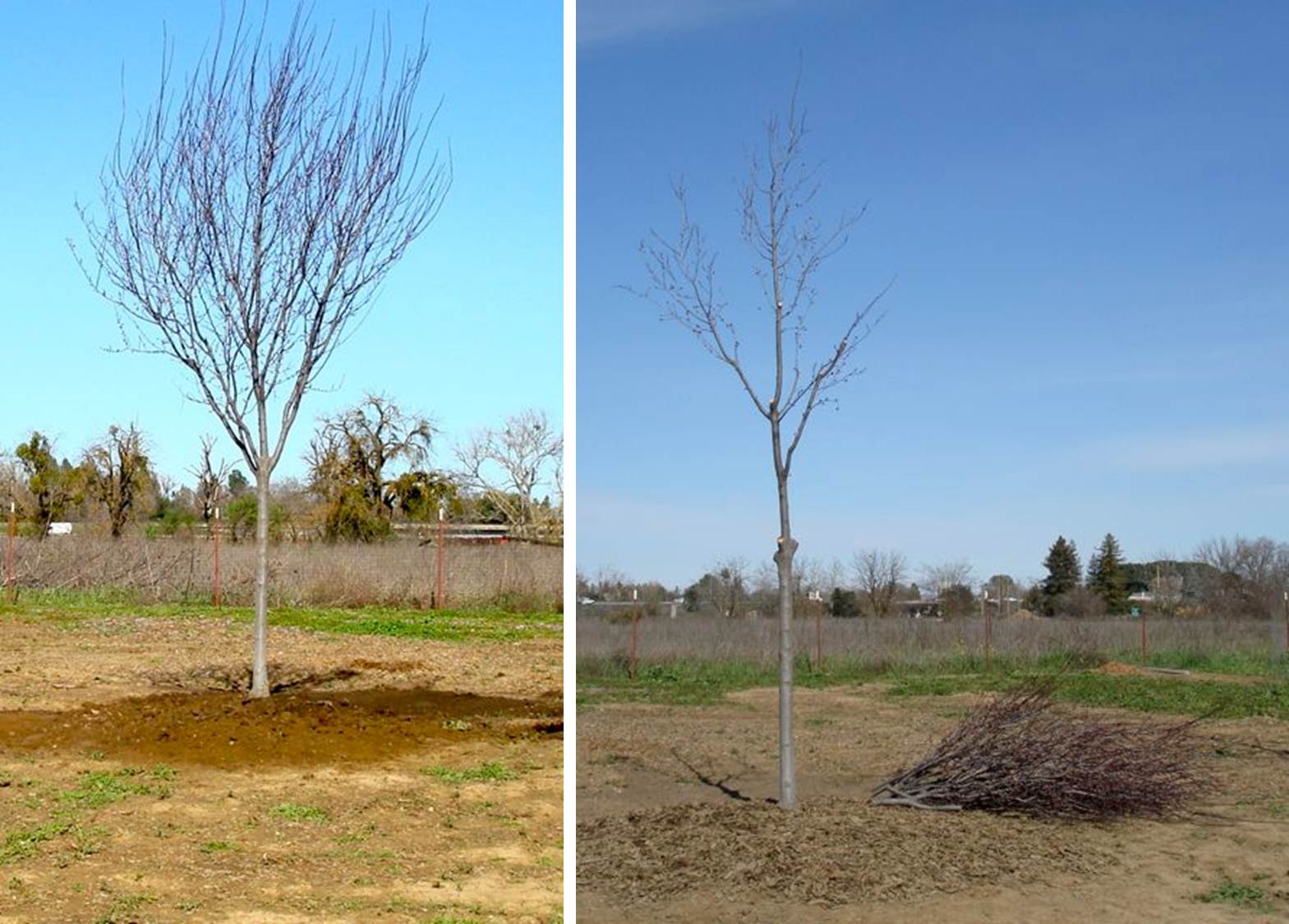 Ornamental plum before and after the first structural pruning. Photos by Ellyn Shea

A year later, the plums were still alive and had put on a good bit of growth. This growth response is even more amazing when you consider that the trees received other stresses – they had to be transplanted to an adjacent test plot in April, and the irrigation failed for a couple of weeks in May. Clearly, structural training does not kill a young, vigorous tree. 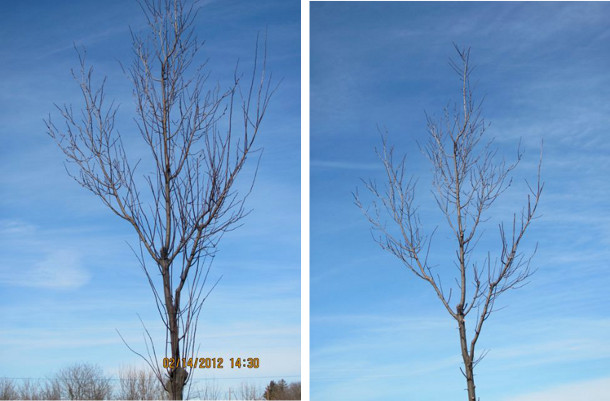 Same ornamental plum a year later, before and after the second structural pruning. Photos by Larry Costello

Training Young Trees is simplified for home gardeners, but horticulture educators and green industry professionals can also benefit from this resource. The 18-minute video and its shorter chapters are available free at http://tinyurl.com/trainingyoungtrees.

Although the video is a good training tool, practice makes perfect.  Volunteer with a local urban forestry organization’s tree care program, like Friends of the Urban Forest in San Francisco or Canopy in Palo Alto. No community tree care program? See about starting one. We encourage non-profits and municipalities with tree planting programs to set aside a portion of their planting budget to provide yearly follow up visits in the first 3 to 5 years after planting. The small investment of time and money in structural training will pay off big when the trees are mature, and stay strong in the wind.