By Rebecca Stevens
I recently read a blog illustrating the Leidenfrost Effect (whereby liquids glide on cushions of vapor) by sticking one’s hand in liquid nitrogen. The pictures are amazing as is the video. 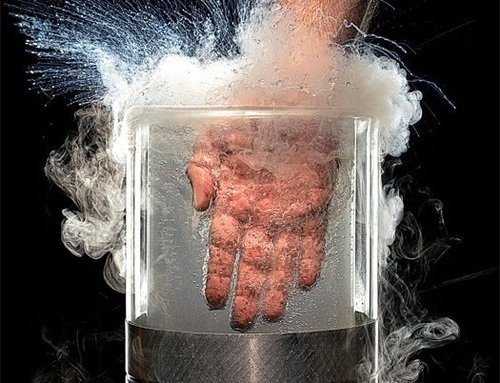 You are probably wondering why we are talking about the Leidenfrost Effect on the DeepRoot blog.

But this phenomenon made me wonder if trees have similar properties, especially living in Northern California with all these redwoods.  You know that some have been hit by lightning and survived.  They are the cool ones with little caves at the base of their trunks.  Not all trees are so lucky and I was curious about how their survival could be explained.  So I asked our resident guru, Peter MacDonagh.  Here is his reply (so cool by the way that I can just shoot an email to him – it is like Google but with a personal touch). 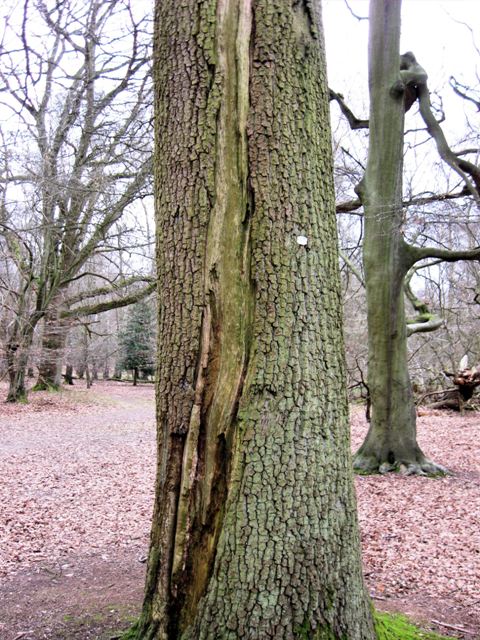 You’re right about trees not catching fire when struck by lightning. I am not sure if this is the Leidenfrost Effect.

What I know: It’s raining, so the tree is wet — and water is a very good conductor, so electricity travels across the tree’s bark efficiently.

– The bolt strikes & travels down towards the earth (to ground the electricity), on the outside of the wet bark in a spiral pattern, at very high speed.
– The fluids in the xylem & phloem vessels beneath the bark boil & change states from a liquid to a gas.
– The gas expands rapidly & blows the bark off the tree in the pattern of the spiral.
– The electricity hits the ground & blows a large hole in the soil as it grounds itself in a solid. I have seen holes that needed 3 wheelbarrows full of soil to bring them back to surrounding soil elevation. 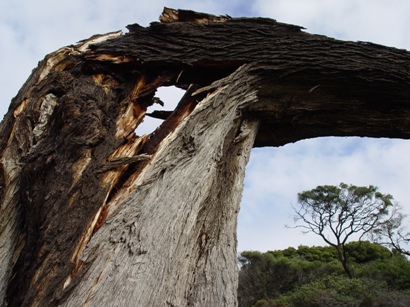 In cases where the tree is dry:

-The bolt strikes.
-Because of the lack of water & it’s excellent conducting qualities, the energy in the bolt travels much more slowly — but again in a spiral towards the ground.
– Most of the bolt’s energy is travelling directly into the tree. This effects a lot of more of the tree.
– As the fluids in the xylem & phloem vessels beneath the bark boil & change states from a liquid to a gas, the bark blows off; but now much, much more of the energy went into the tree. Therefore a lot more bark blows off.
– Damage can now be seen affecting the whole tree top, complete branches & very large parts of the trunk lose their bark & scorch marks can be seen on the outside of the heartwood.
– The hole at the base of the tree is not as large because the tree absorbed more of the energy rather than transferring it to the ground.

So Leidenfrost Effect – not in effect here with the trees.  But totally cool to finally learn how a tree weathers the insanity of lightning.Thanks, Peter.