The Experience of Silence: Finland Balances Growth and Green

This year’s European Forum on Urban Forestry (EFUF) was held in Helsinki and Vantaa, Finland. The theme “Increasing Cities, Decreasing Green Areas: Challenges to Urban Foresters and Green Professionals” was very appropriate as both cities are expanding rapidly.

Don’t know about EFUF? For 21 years, EFUF has held an annual conference in various European countries, each with a different urban-forestry related theme. Attendees come from all over Europe as well as North America and beyond. This year, representatives from Turkey, Hong Kong and New Zealand were present.

I also had the opportunity to attend the 2006 conference just outside of Florence, Italy. It was an enjoyable and educational experience. This year, after perusing the action-packed 2018 program complete with plenty of time outdoors, I decided it was time to attend again. If you’re an urban forester, consulting arborist, landscape architect or in a related urban greening field in any country, here are some reasons why you should go to EFUF: 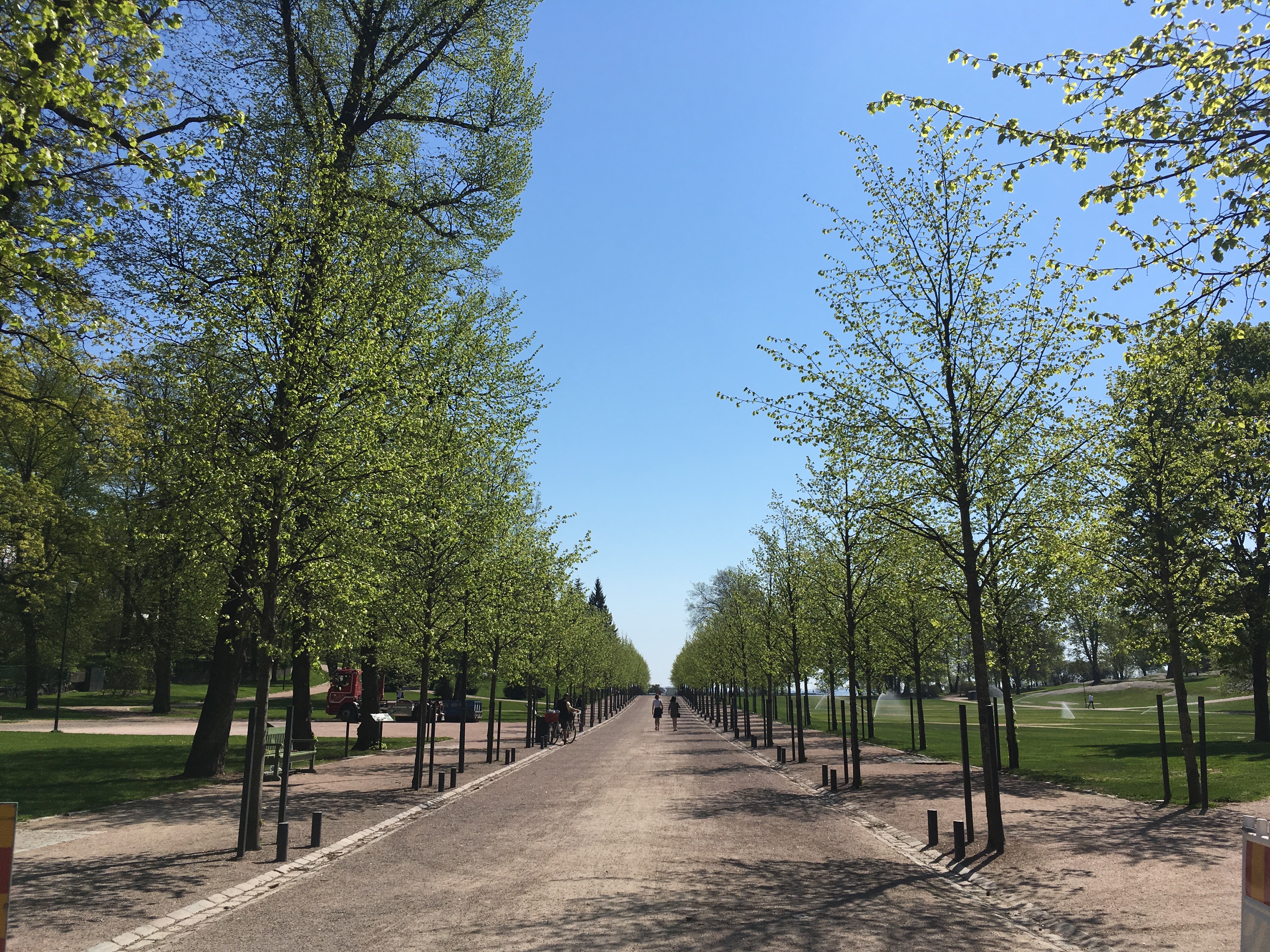 Although speakers from across Europe presented interesting information, the rest of this article will focus on Finland, based on presentations from the cities of Helsinki and Vantaa as well as my personal observations and research. 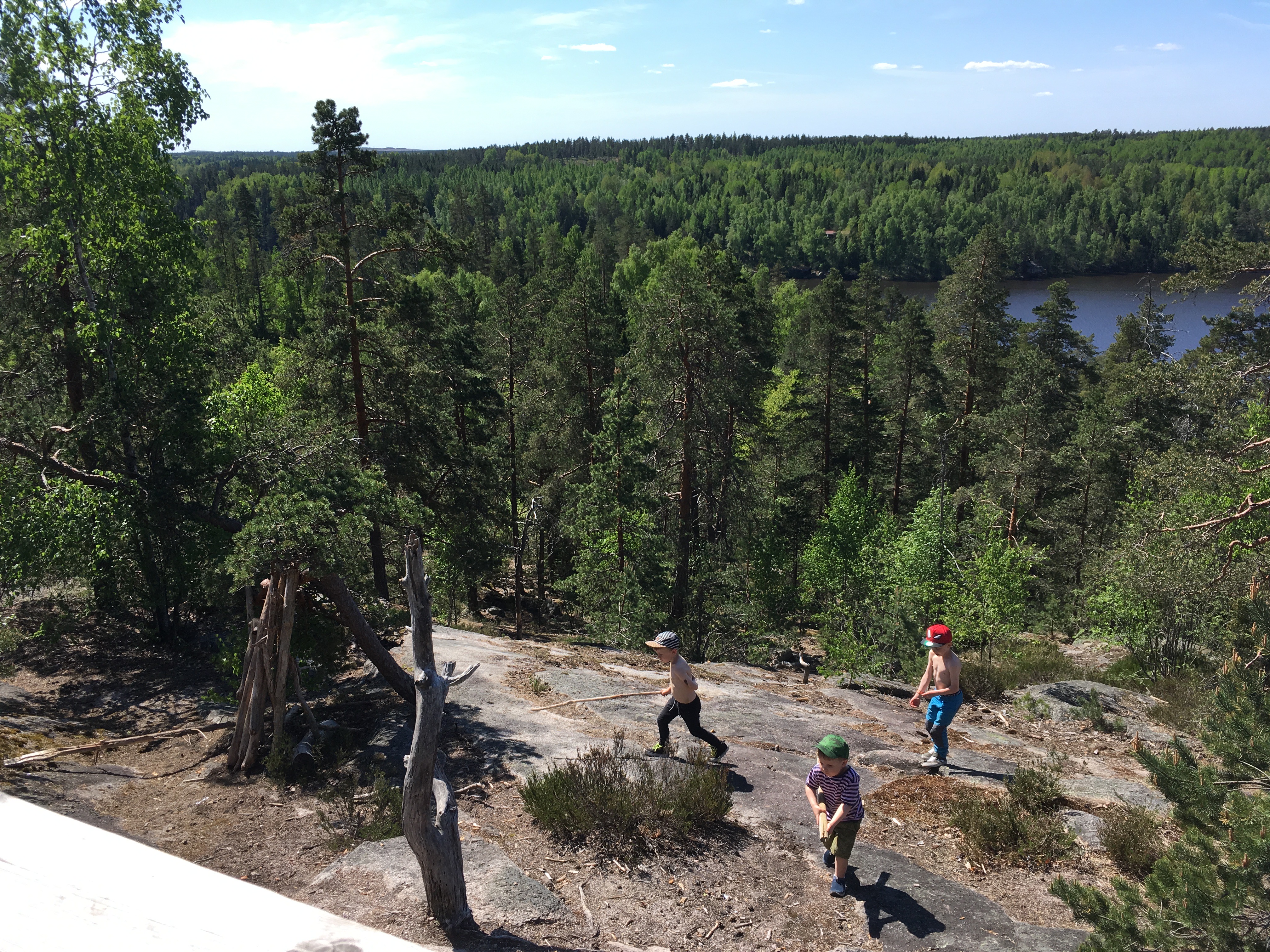 Understanding the importance of forests and nature in Finnish culture starts at childhood. Many articles have been published in the past few years about the successful Finnish educational system, which features a 15-minute recess – generally outdoors – every hour. And that’s just the regular schools. Some lucky kids attend “forest kindergartens” spending nearly 80 percent of their time outside. The Finnish maxim “There is no bad weather, only inadequate clothing” gives us an idea of how important being outdoors is to the culture. Therefore, it’s not surprising that city planning in Finland includes consideration of green spaces and natural areas. But it’s not always easy. 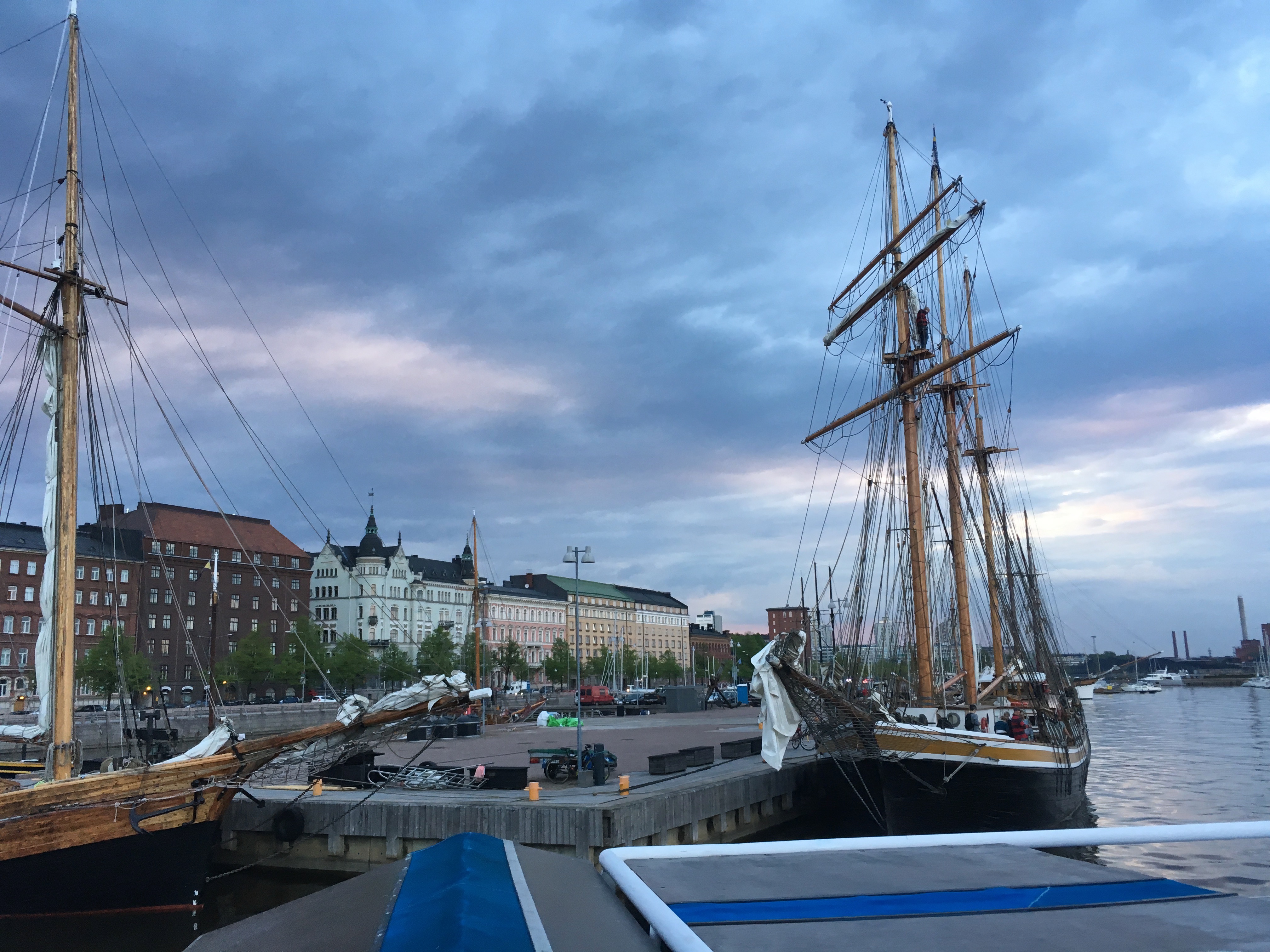 Helsinki’s city plan projects that by 2050, the population will grow from about 600,000 to 860,000 inhabitants. New city residents will include Finns from rural areas as well as immigrants from other countries. The city plans to build 7,000 apartments per year to accommodate the population increase. Cranes dominate Helsinki’s skyline and groups of workers in bright safety gear are a common site.

Vantaa, where the country’s main airport is located, remains the fastest growing district in Finland and is touted as the most “construction friendly” area within the country. Currently the district has over a thousand hectares (over 2400 acres) of nature reserves and nearly all residents are less than 500 meters (less than 1/3 of a mile) from an outdoor or recreational area.

(Note: These are not the only two cities growing in Finland. I saw plenty of construction going on in the city of Tampere, the 3rd largest in the country. Even postcard-pretty little Porvoo is building a new hotel on its outskirts. It would seem that growth vs. green is happening all over Finland.)

Helsinki and Vantaa are both pushing for sustainable development. The key themes of the Helsinki city plan include:

Nonetheless, it is estimated that the increase in housing will cause a loss of about 20% of green spaces in Helsinki. How can this city hold onto its reputation as the “Nature Capital of the World?” 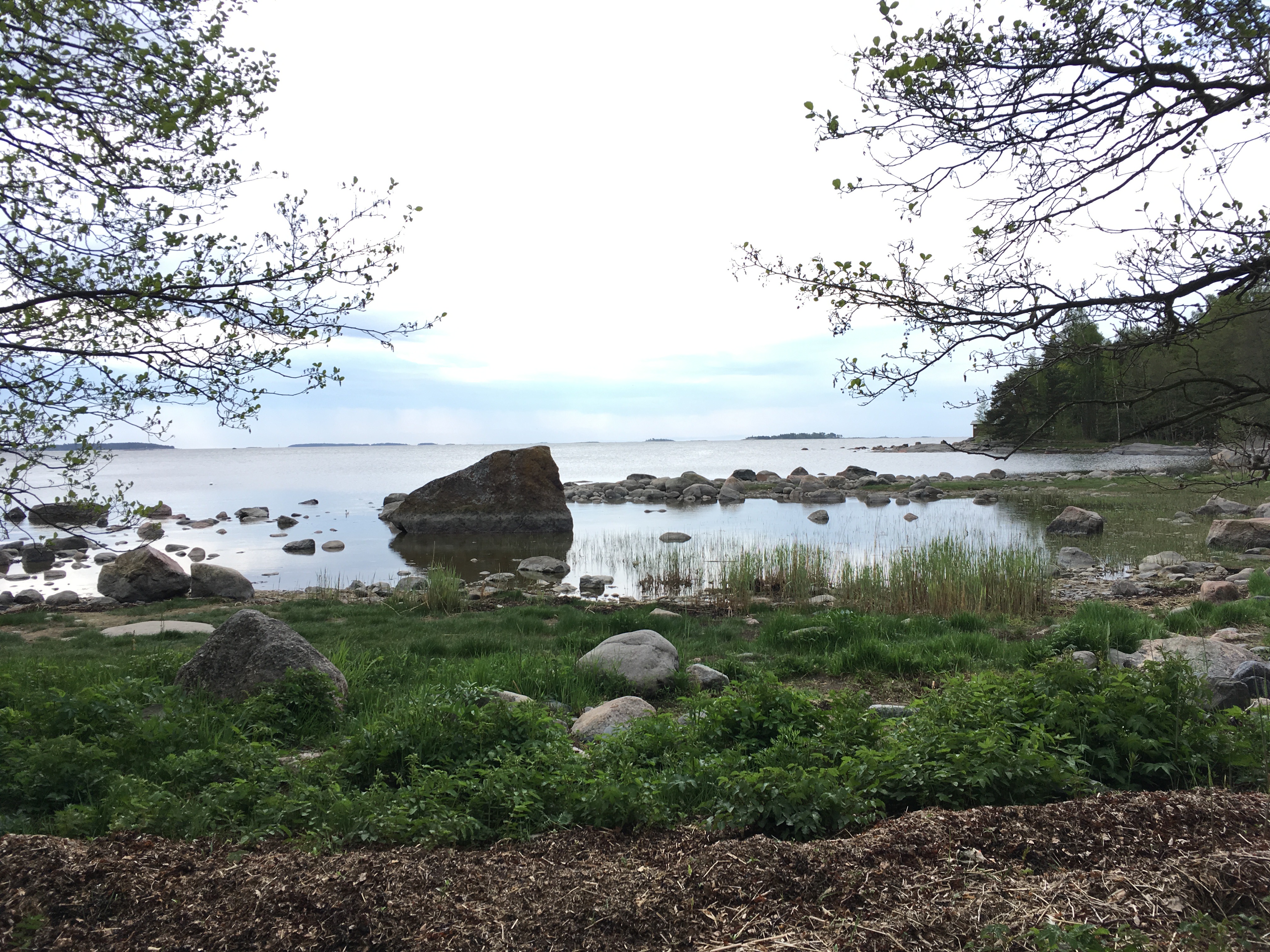 Some groundwork has been laid. Helsinki undertook a street and park tree inventory in 2010-2011 and finalized its Urban Tree Policy in 2014. An open space plan known as VISTRA II detailed the city’s strategy to secure green and blue areas in 2016 and the city is now in the process of putting those strategies into practice. The goals include: 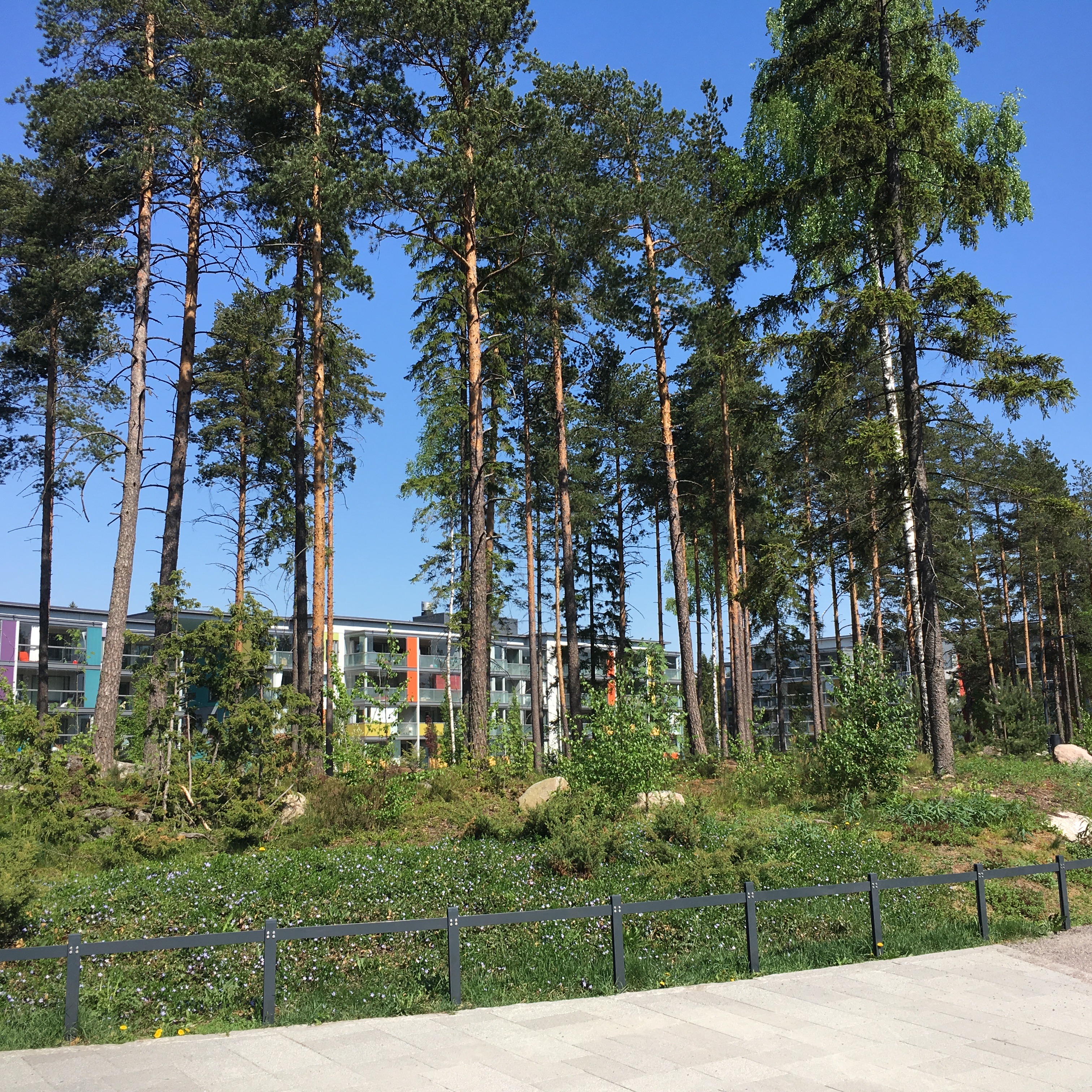 When it comes to managing natural forests, Helsinki and Vantaa have similar policies: 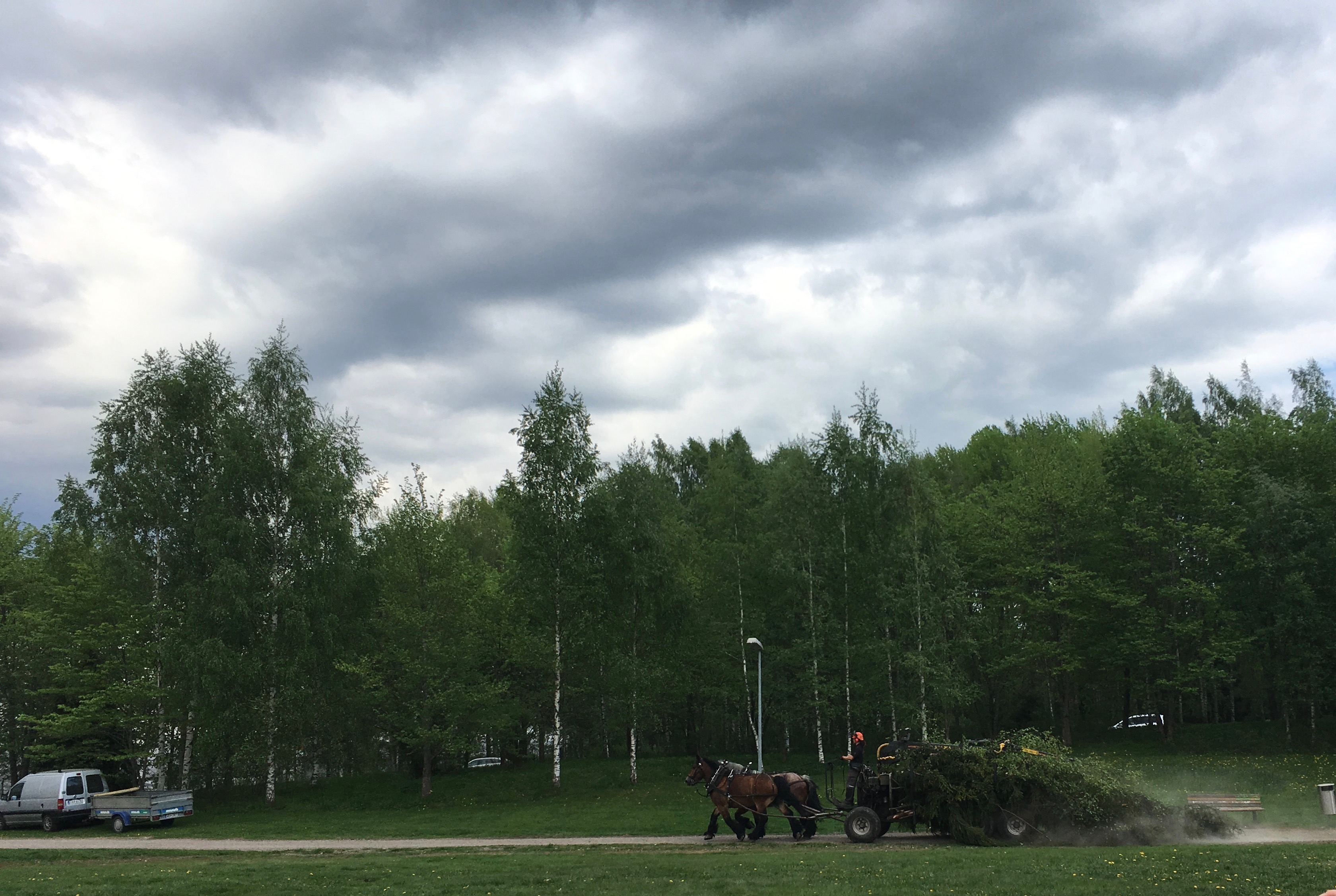 It will be fascinating to revisit these cities in 20 or even 10 years’ time and see how they have evolved. Challenges will include changing economic influences and cultural attitudes towards nature by residents born outside Finland (112 different languages are currently being spoken in Vantaa).

Given the Finnish character and the thoughtfulness of their city planning, I am optimistic that the gorgeous landscapes and the experience of silence will be preserved. As Maria Jaakkola, presenting for the City of Helsinki, stated, “the beauty of nature is an ecosystem service we must provide.”

Ellyn Shea is a consulting arborist in San Francisco. All photos are by the author.