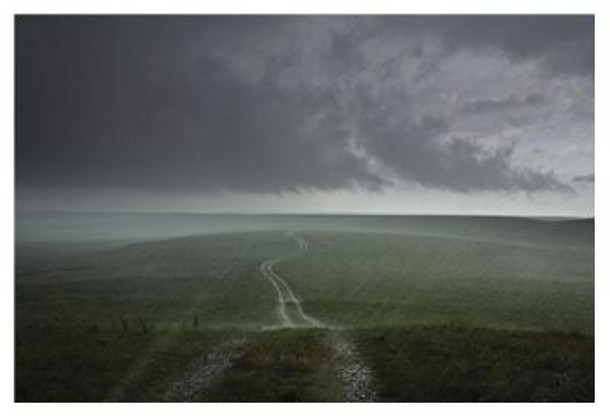 Figure 1. A native prairie in the Flint Hills responds to a summer rainstorm. This ecosystem responds to storms and other types of pressures to sustain itself and, moreover, thrive in those conditions. The basis of response is dynamic in response to the given factors, and functions to promote the longevity and resiliency of the system to annual fluctuations, rather than more immediate individual ones. (Photo Source: “Afternoon Thunderstorm Through the Flint Hills” by Jim Richardson, courtesy of the Global Gallery)

There are some individuals drawn to the comfort of indoors, fed by books and stories of adventures from arm’s length in their armchairs. I am not among them. Having been given a diagnosis of “terminal wanderlust,” I have always felt more comfortable under the open sky rather than under a roof.  The sizable amount of solitary time spent in nature’s theatre often gives me pause to consider the “Why?” in the proscenium, the workings of the system behind the visual façade. As spring rains have recently replaced their frozen counterparts, the moisture accompanying the annual awakening seems to permeate all.

On one my early excursions to a wet meadow restoration flanking a lake in Minnesota, it occurred to  me that the way that we have evolved responses to managing water in the landscape are largely dramatic, in the literary or theatrical meaning of the word. Much like the average rainfall hydrograph seen below, in drama, the action rises to the climax, the climax itself occurs, and then the action falls to the resolution. Cut. End scene. The nice tidy story has been told and we are left to move on to the next.

Being so influenced by packaging, it is not a leap to believe that everything fit the dramatic mold, including storm events. And try as we might, we sadly cannot seem to fit hydrology into this frame. It seems the story we are trying to tell is less like a literary device, and more like a piece of art, say a Picasso, with seemingly disparate pieces stitched together, yet somehow able to capture some essential human qualities or struggles as a whole. They persist over time, gaining meaning with each passing year.

Figure 2. Separated at birth? The storm flow hydrograph and Freytag’s analysis of classic literary plot structure or a “drama-graph.” Both exhibit the same linear trajectory over a certain time period, or the “event.” In this way, it is problematic to envision and coordinate multiple storylines and hydrographs, as well as quantify and predict the way multiple events may interact with or affect each other. Compound that with a longer period of time, and further difficulties may arise. (Photo Source: College of Engineering Computing Services)

Figure 2. Separated at birth? The storm flow hydrograph and Freytag’s analysis of classic literary plot structure or a “drama-graph.” Both exhibit the same linear trajectory over a certain time period, or the “event.” In this way, it is problematic to envision and coordinate multiple storylines and hydrographs, as well as quantify and predict the way multiple events may interact with or affect each other. Compound that with a longer period of time, and further difficulties may arise.
(Photo Source: InfoPlease)

An ecosystem is defined as, “a system formed by the interaction of a community of organisms with their environment” (Dictionary.com). These systems are composed of all the living things that define them, as well as the pressures and disturbances they experience. As a unit, the ecosystem responds to individual pressures such as hydrologic events, but it also responds to systems of pressures over time, such as annual rain cycles of varying rainfall intensities.

As the rain falls on the landscape, each ecosystem reacts to the pressure to maintain the status quo or change to an alternate state, keeping the system in a dynamic equilibrium or balanced state. That balanced state to accommodate the pressures acting on the system is referred to as the resiliency of the system, or its ability to withstand the effects of specific pressures. That is to say, individual niches – portions or divisions of the ecosystem that are specially adapted to a select set of pressures within the larger set – may act with one type of event whereas they would not be active or a different set of niches may act with a different type of event. In that way per their capacity, individual niches accommodate the individual storm volumes, but the larger system of niches accommodates the annual storm volume. See C. Holling’s (1973) journal article for further information on this larger ecological concept.

Figure 3. Treatment train approach to stormwater management in the landscape, where one device or feature fills to capacity then overflows to the next and so on. As compared to a systemic model, linearity of flow is key to this model for quantifying and assessing the storm event from feature to feature.
(Photo Source: Susdrain)

Whereas ecosystem response to variability in storm events exists on both an annual and individual event basis, the standard way stormwater management systems are being designed is mainly on a “per design storm/event” basis. In LID and overall stormwater design, this is often done to size for that given event, based on a suite of predictive equations or models that are derived for that geographic area and land type. The size of the event is based off of a certain period of record where data has been collected and then analyzed to predict how often certain events will occur. Using that number, each device – a raingarden, bioretention facility, pond, or other stormwater feature – is designed to accommodate anything up to the total water volume produced by that given event. Anything more than the volume produced by that event surpasses the capacity of the device and overflows into another device, and so on down “the chain,” referred to as the treatment train.

In theory, the device processes the water, and is then ready for the next storm event. This is a nicely packaged idea, however, what is not accounted for in this “individual device” model is the mimicry of the “ecosystem function” model – systemic resilience to annual hydrologic pressures – could employ multiple, varying devices sized for varying events that provide for the overall system stability and responsiveness to the annual precipitation regime, per seasonal fluctuation. 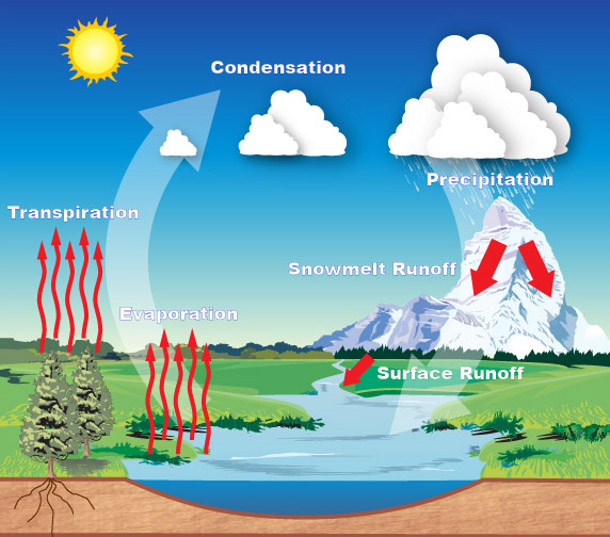 Figure 4. The hydrologic cycle, exemplifying the basic relationships of annual water capture, movement, and use within an ecosystem. Can our stormwater systems of devices begin to address the annual cycling and variability in a similar way? (Photo Source: National Weather Service Southern Region Headquarters)

As our technologies evolve to mimic ecosystem functions, so might our urban environments begin to function less like device-based design storm-limited places, and more like and ecosystems in their comprehensive treatment of annual water volumes. Beginning to work these systems into the urban fabric can bring ecosystem resiliency not only to hydrological pressures, but to all systemic pressures, as the ability for systemic response increases.  From this comprehensive source, the overall health of our city’s environments might be elevated to become less “dramatic” and the bios may thrive.

Keep a look out in your area and find out what your town is doing to work towards resilient environments!