Silva Cell Research Part 2: A selection of our findings

This post is the second in a series of three sharing findings from research conducted on 10 Silva Cell projects across North America. Read part one, where we discuss the study design, data collection, and raw growth results, here.

After designing the study and selecting the Silva Cell projects, we had to decide what performance categories to study. There were many to choose from, and one major challenge was distilling what we wanted to know into the most important categories. How did trees fare where stormwater was incorporated into the design? What about irrigation? Did the site type make a difference? What kind of regional trends could we discern?

These are just three of the things we opted to examine (you can download the full study to read all of them) – and here’s what we found.

Did incorporating stormwater make a difference?

An initial review of the data may seem to indicate that including stormwater does not favorably improve tree growth rates. This is a surprise. But the number of stormwater projects (2) is too small to be significant or to draw any conclusions. 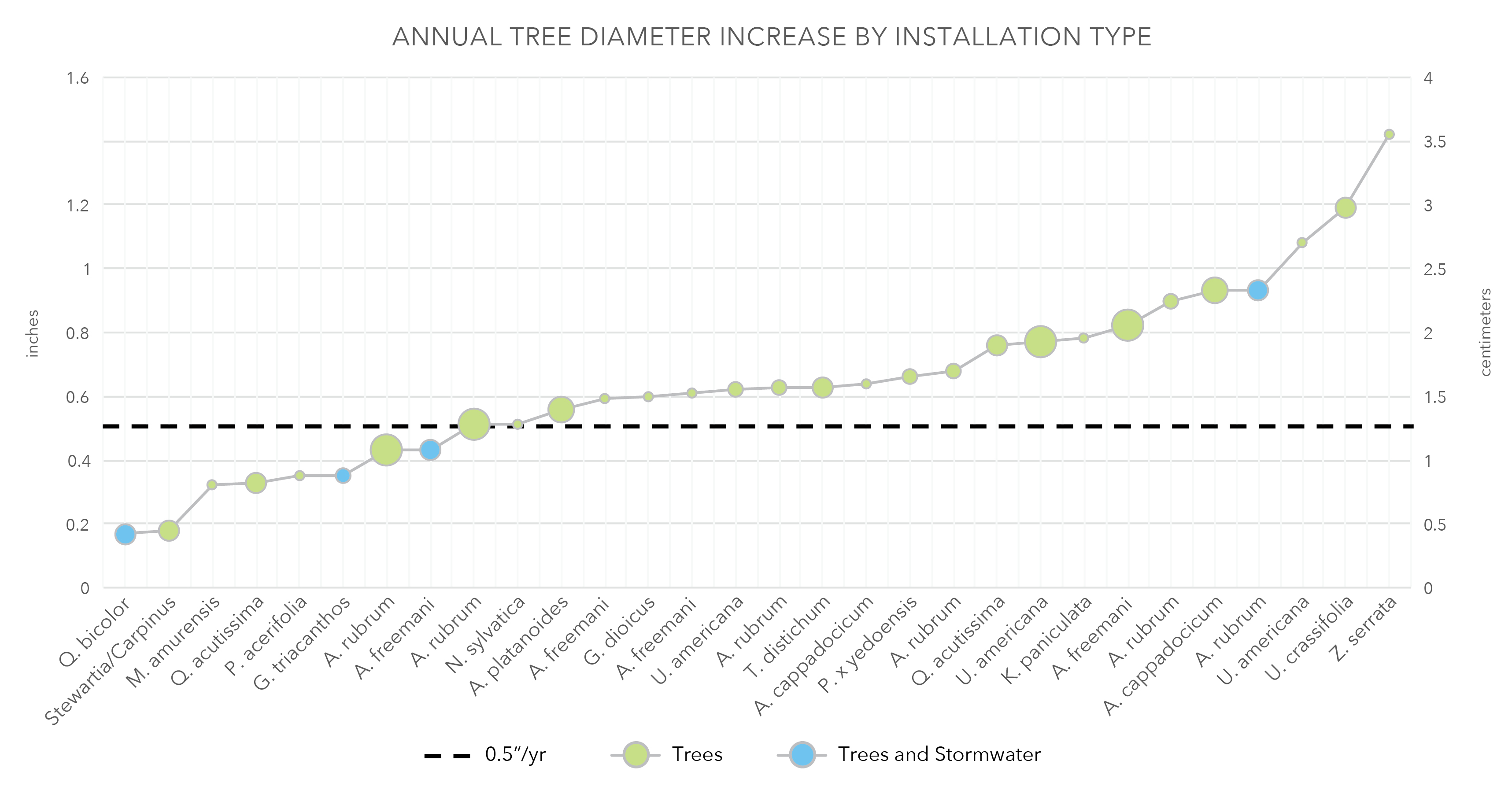 The trees on the larger of the two stormwater sites, Marquette and 2nd in Minnesota, had an average growth rate of less than 0.5 inches (1.27cm) per year. On the other hand, the smaller number of trees at the Haas Business School in California, were growing at over 0.9 inches (2.28 cm) per year. Additional research is continuing at Marquette and 2nd to determine what might be the reason for the slower growth; preliminary findings suggest that sever girdling roots are present on all the trees. Factors such as climate, location, street trees versus plaza trees, species, ice melt salt and lack of salt, and design of larger and smaller space around the tree are all easily identified differences between the two projects that might override the stormwater question.

While all sites performed well, street trees underperformed trees in plazas and spaces not on the street. This is not a surprise, as streets are a much tougher environment for trees. 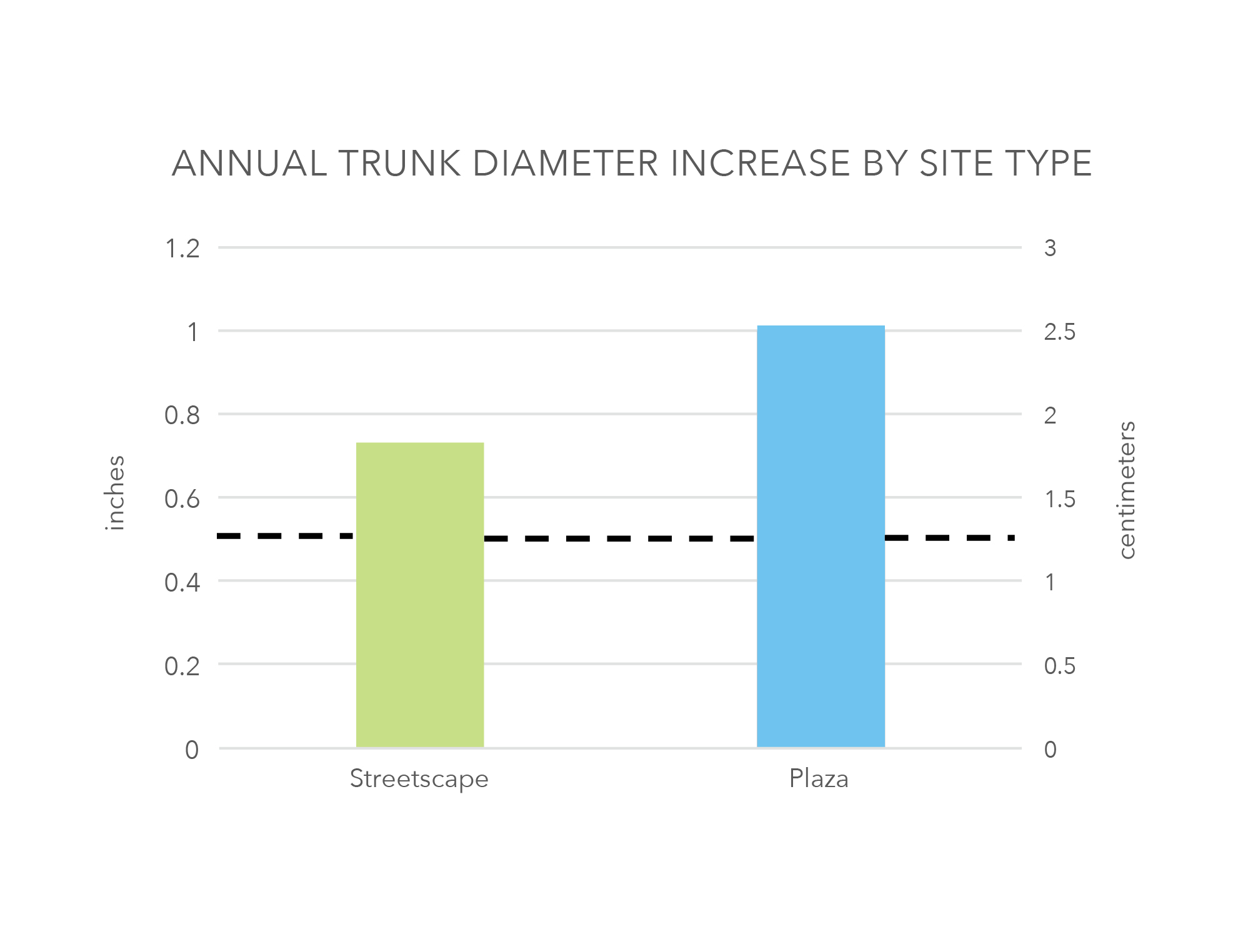 Street trees are often installed as part of a larger public works project, and follow-up maintenance and after care is less reliable. Plaza and promenade projects (such as Sugar Beach or Haas School of Business) are more often managed by a private or semi-public organizations that takes greater care of the trees during and after construction.

While there appears to be a strong trend favoring some regions as better or worse, the samples sizes in some regions were quite small. For example, the single data set in the southwest and Mediterranean regions makes the strong performance at these two projects statistically insignificant. 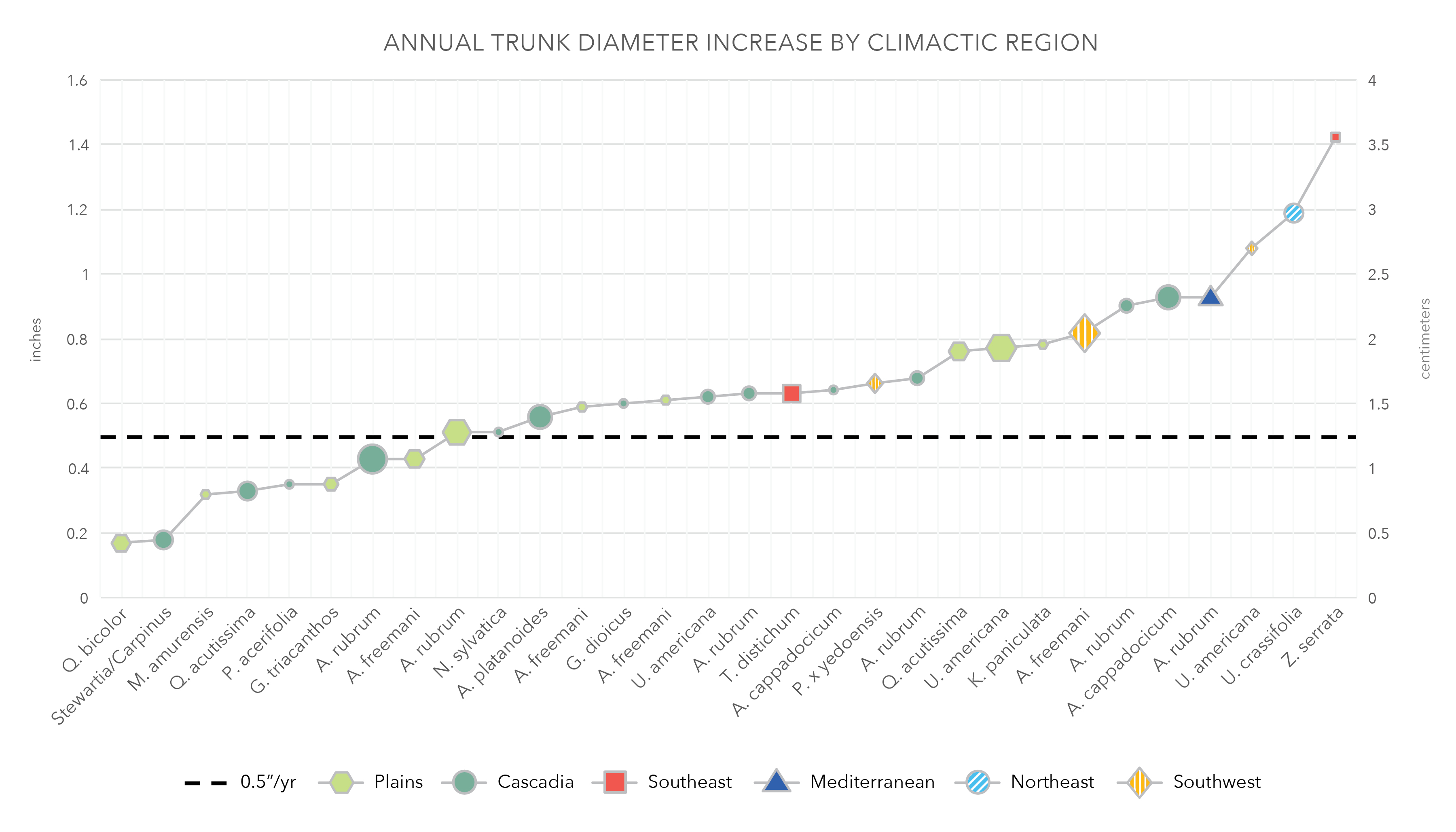 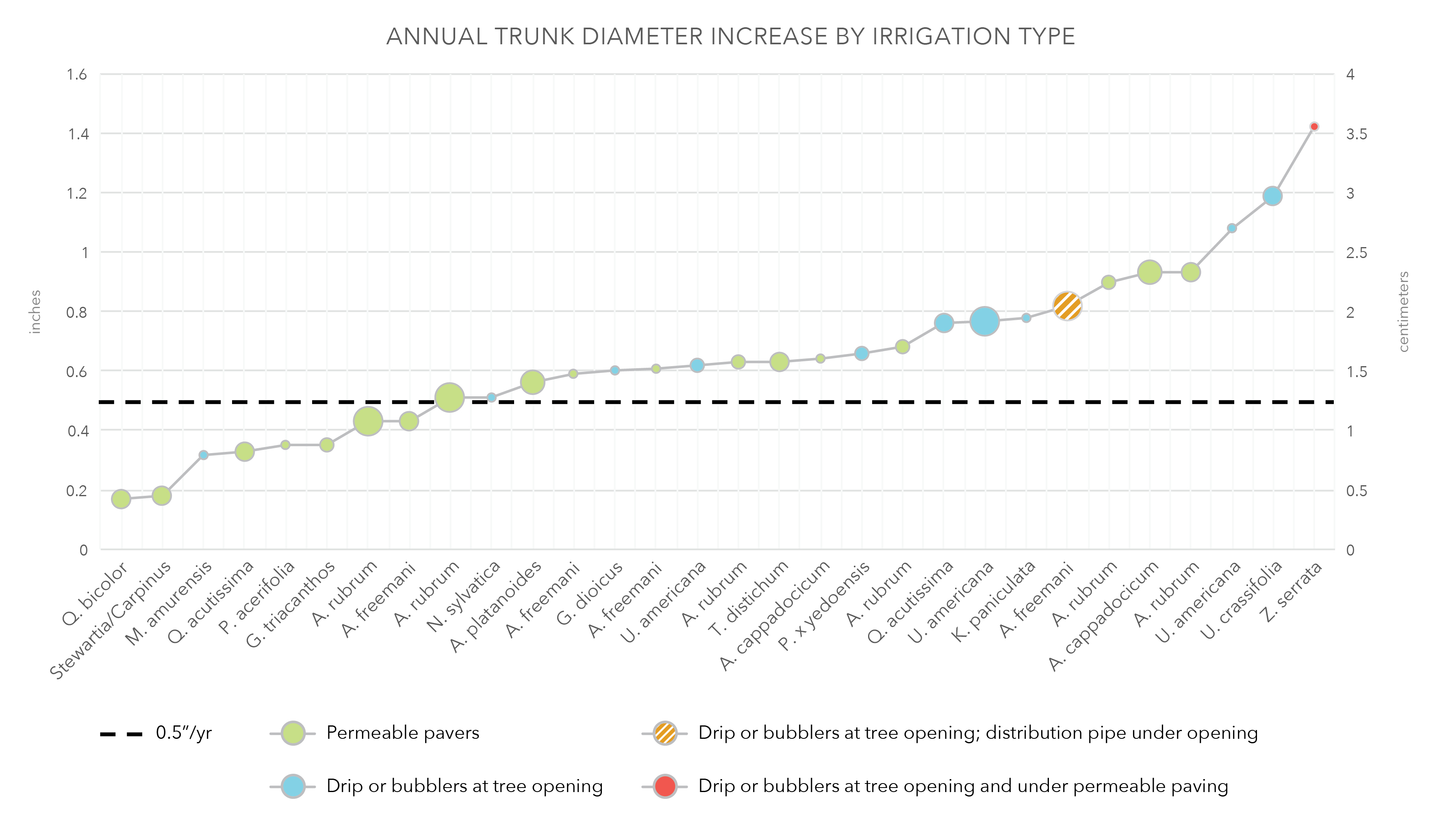 The trees at parts of South East False Creek (Vancouver, BC), some of which are underperforming, were in a section that had little access to water except small amounts of runoff from the adjacent pavers and hand watering during the establishment period. Better performing trees at SEFC had larger areas of pavement draining into the tree planting beds. Species choice likely also played a role in performance of the trees at this project. It’s important to note that, while the trees at South East False Creek do not have any irrigation, in some cases tree openings included pavers with permeable joints, or were adjacent to irrigated flower beds. In addition, all trees at SEFC were hand-watered for the first two years after planting.

These are just four of the characteristics we looked at. To read about all of them, download the full research paper here.