Today we’ll look at how to do an emergency repair of a Silva Cell system. This simulated repair was done at a demonstration site in Toronto and was a joint test site between Toronto Water and the City.

First, a water pipe was installed. A hole was cut in to the pipe. Once the water was turned on and pumped through, it would leak out – simluating the break that we would fix using our repair protocol.

Then, we installed a two standard layer Silva Cell system over pipe and filled it with soil. 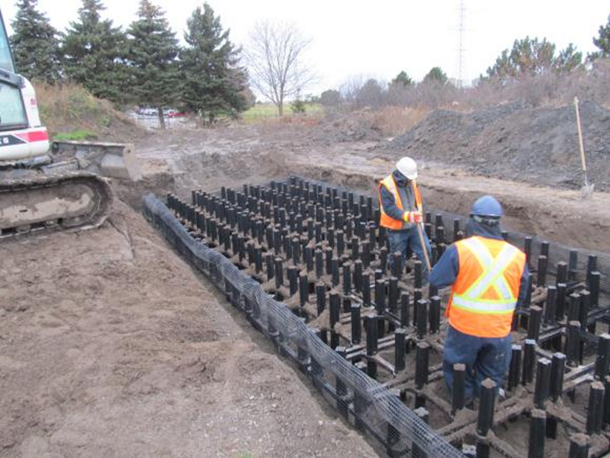 Note that the blue pipe on the left indicates where the buried water pipe is connected. 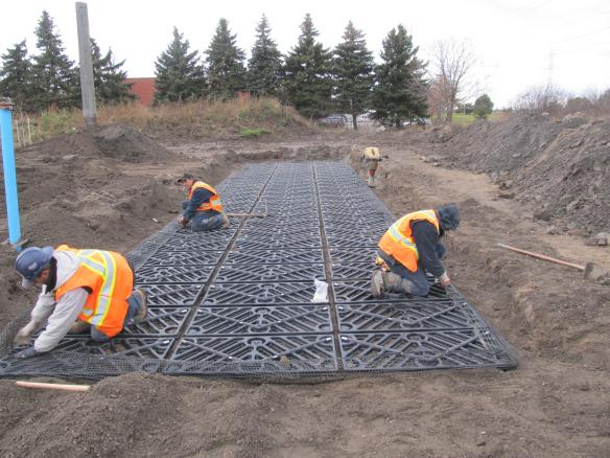 Once the system was properly installed and paved over, we prepared for the utility access test.

The water connection is at the far left.  The paving section is 6” (150mm) aggregate base and 6” (150mm) concrete. Note also that this is Toronto in February. Brrrr. 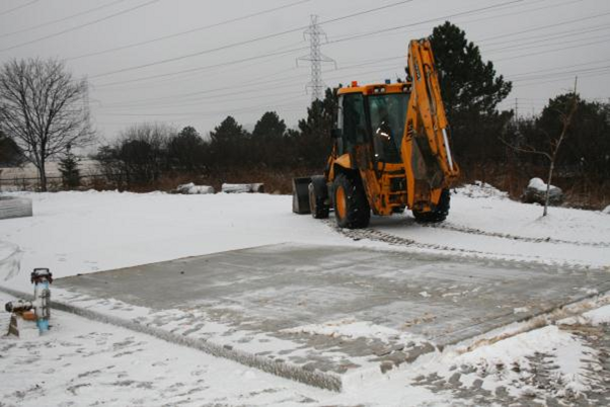 It didn’t take long for the water leak to become evident.

It was observed by the Toronto Water Forman that having a break under a Silva Cells system had its advantages: often a gas or water break in hard compacted soils runs laterally along seams between layers of compacted soil for long distances before it comes to the surface. This makes it difficult to find where the source of the leak is.  The lightly compacted soils in the Silva Cells meant that the water came up directly over the location of the break. 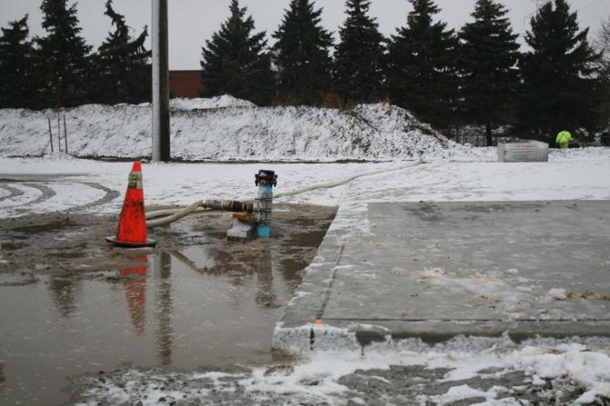 First, the concrete was cut for easy removal. 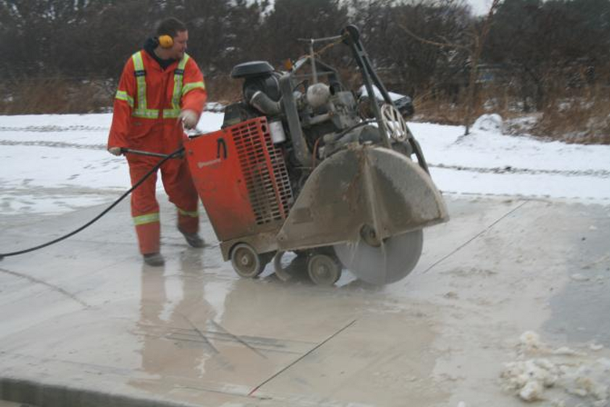 Then the concrete slabs were removed in order to access the Silva Cell system (and water pipe) below. 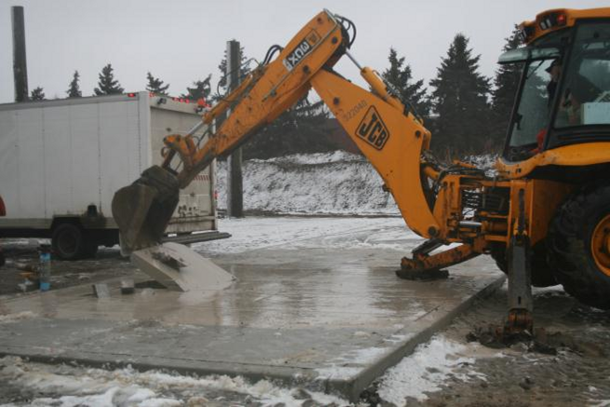 We had to cut away the geotextile and geogrid to get to the Silva Cells.

It’s worth noting that, up to this point, no additional time or expense was needed beyond what would be required for a standard sidewalk repair. The amount of extra time required to outline the Silva Cell decks and pull back the geogrid and geotextile was minimal, taking maybe 15 – 20 minutes of additional time. 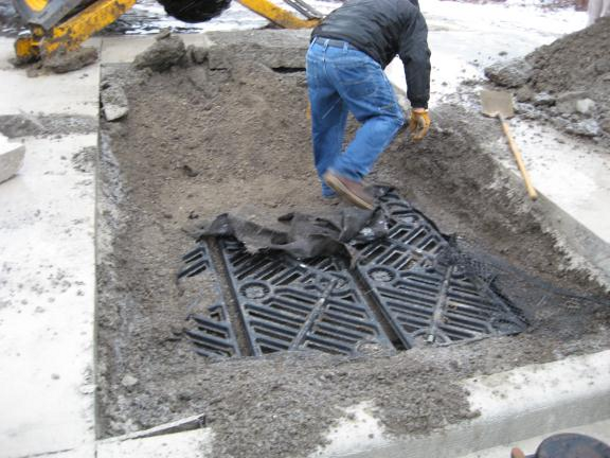 Then we began excavating the soil and the Silva Cells.

After outlining the borders of the system and cutting away the geotextile/grid there are two options for removal of the Silva Cell frames and decks:

1) Unscrew and remove decks and hydro-vac soil out of frames. This is to enable the possible re-use of frames and decks once the repair is complete (and after a thorough inspection to make sure the materials were not accidentally cracked or broken). This option would be used for a planned repair.

2) Use an (excavation) excavator to break through the decks and frames and remove all the soil. In fact, treat the Silva Cells like soil and just dig away. This method would be used for an emergency excavation like a water main break.

In the case of this site, the excavator dug out the system. 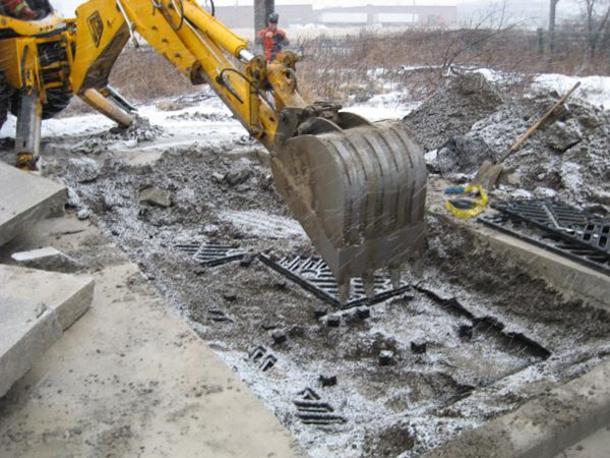 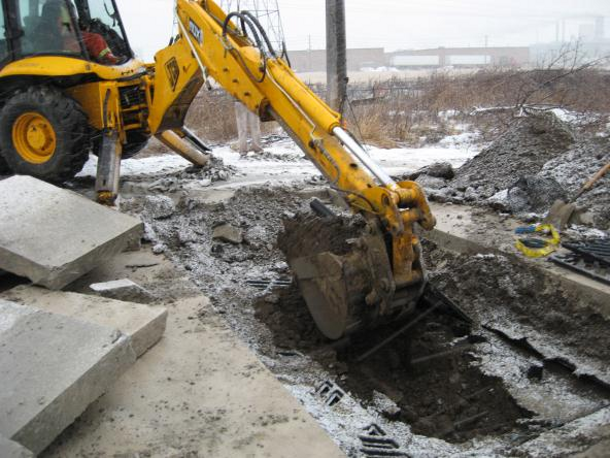 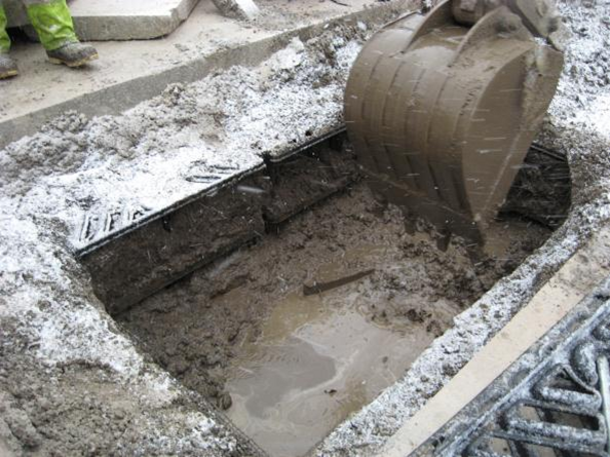 After excavating to the bottom layer of frames, the pipe with the break was visible.

The adjacent frames and the lightly compacted soil inside them minimize ground pressure around the perimeter of the excavation. This helps reduce the amount of surrounding soil that may cave into the excavation and can reduce the overall size of excavation needed to complete the repair.

The Toronto Water Forman’s comment was “This is a beautiful hole.  We usually have to dig a hole 3-4 times larger than this because the saturated soils on the perimeter keep falling into the excavation.” 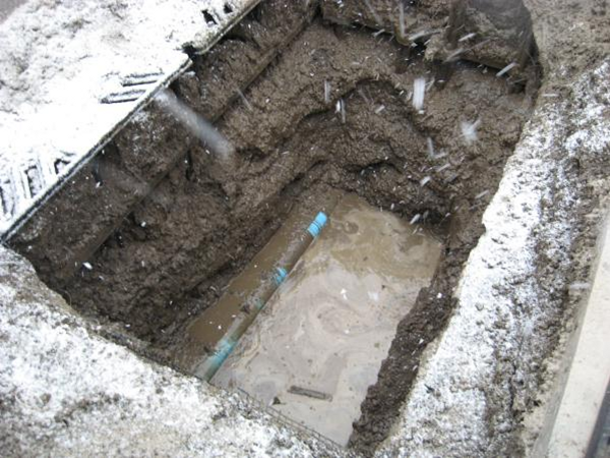 To make an initial temporary repair, we used clear stone or a similar foundation material (unshrinkable fill, etc.) until a solid foundation could be maintained. (Patch temporarily in accordance with your local requirements.) 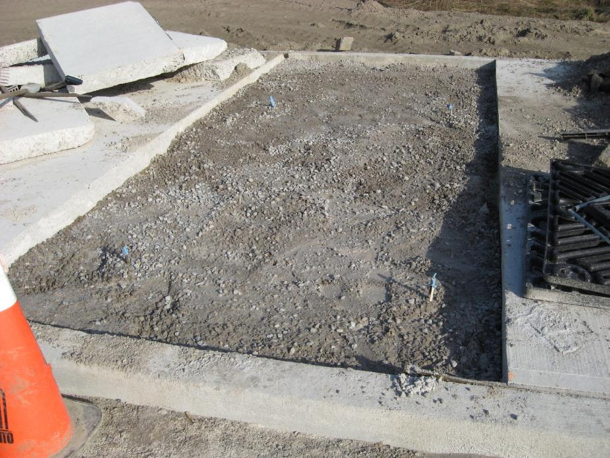 For permanent repairs, there are two options. 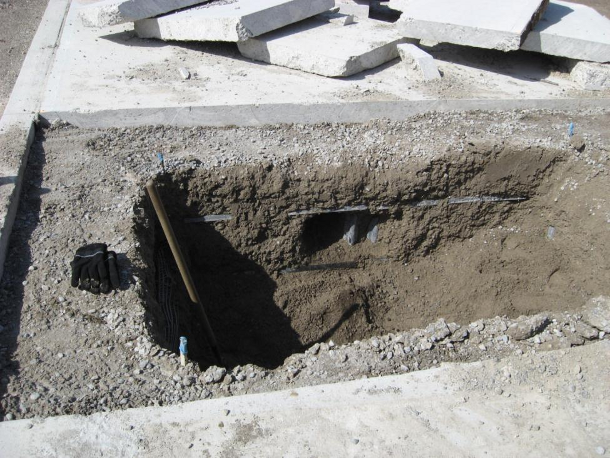 Regardless of which repair option you choose, of course the final step is to rebuild the permanent surface treatment. 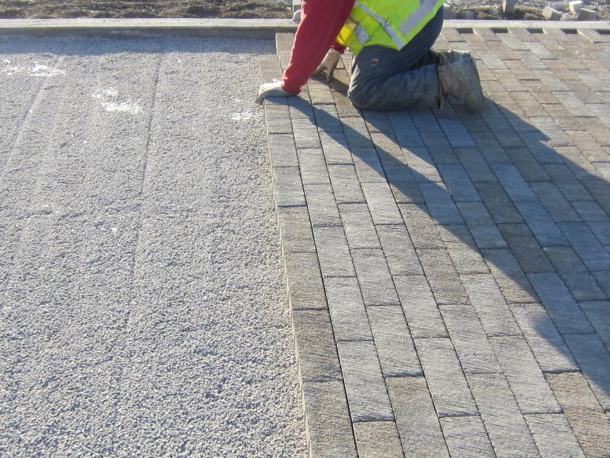