Broadway Avenue, in Winnipeg, which went in the ground in July 2007, was one of our first Silva Cell installations. Several years later, they had a planned repair that they needed to make to a watermain. What follows is the simple method they used for excavating and removing the cells in the repair area without affecting the rest of the system. 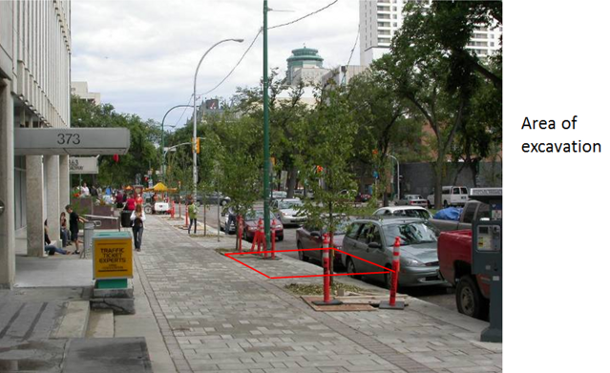 The pavers, curb and 300mm (12”) of underlying aggregate base were removed.  The geotextile was then cut away and decks were exposed 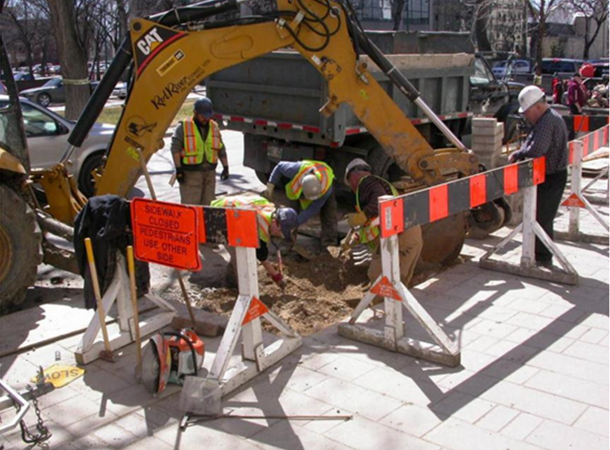 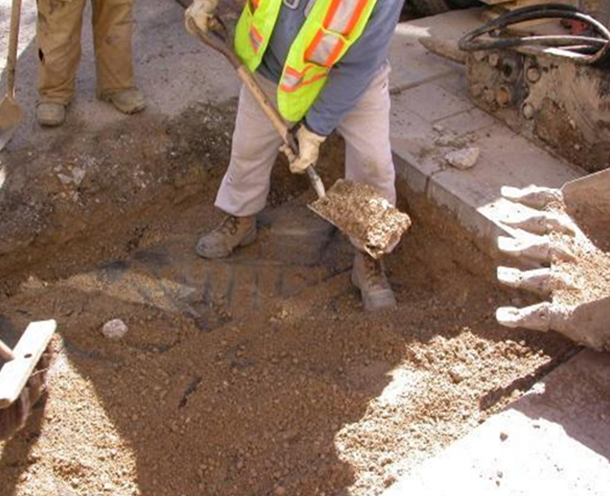 Several stacks of Silva Cells were removed as needed until the watermain could be exposed. 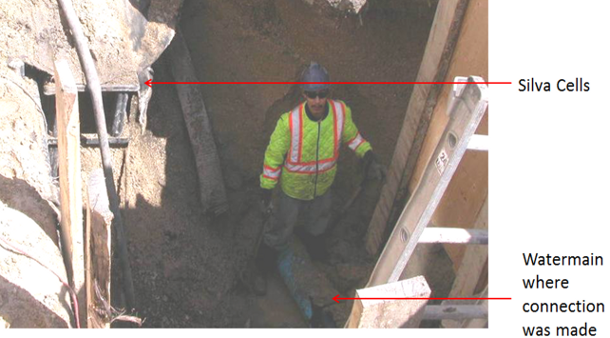 After the connection was made, the excavated area was backfilled with granular material and compacted to form a stable base. 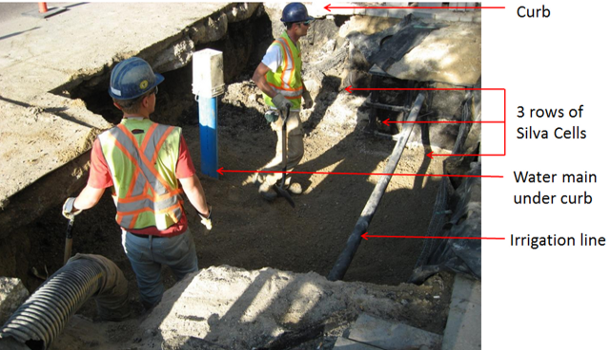 The first layer of Silva Cells was installed and an existing irrigation line that had been running through the Silva Cells was put back into position (perimeter drain line is re-connected). 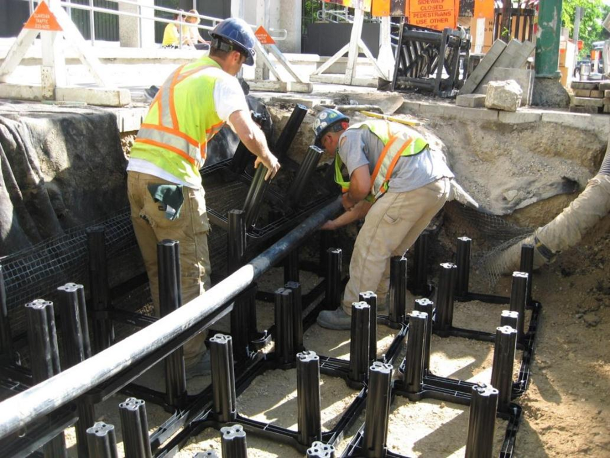 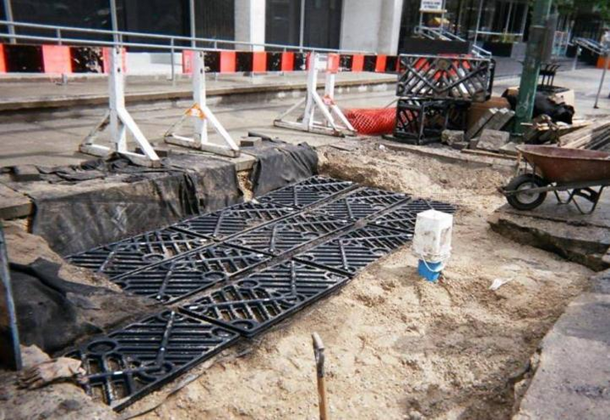 New paving was added over the repair site. 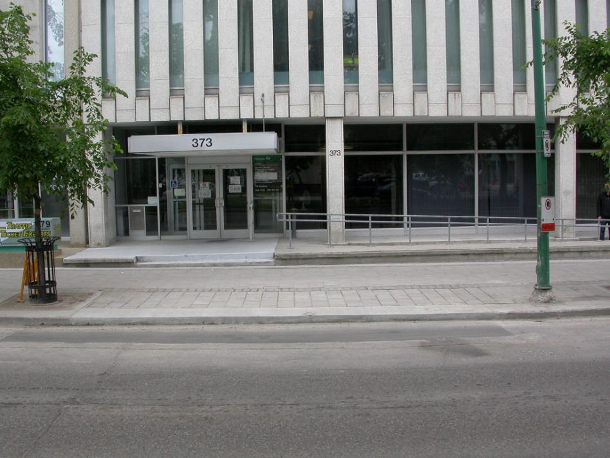 The Silva Cells run almost the entire span of this city block, but because the system is composed of stacks that connect vertically, and not horizontally, excavating down in specific areas does not affect the rest of the system. For this reason, it’s easy to isolate repairs to small areas, thereby minimizing construction and labor costs, while also limiting disruption to the surrounding area.