Should I Be Charged Up About Groundwater Recharge?

Question: What does the term “groundwater recharge” mean and why is it important?

Answer: Let’s start with the term “groundwater.” Groundwater is defined as the water that is obtained by pumping from below the ground surface from storage units commonly called aquifers. This water is an important source for agriculture irrigation as well as domestic consumption. Groundwater is being used at a faster rate than it’s being replenished and therefore will not be replaced for some time to come. The age of groundwater in many aquifers is in fact tens to thousands of years old, and in some cases even older.

Because groundwater is such a precious resource, estimating the amount of it that remains stored in aquifers is critical. These estimates are commonly made by use of observation wells (these are distinct from the wells used to pump water so as to avoid misinterpretation of the levels). 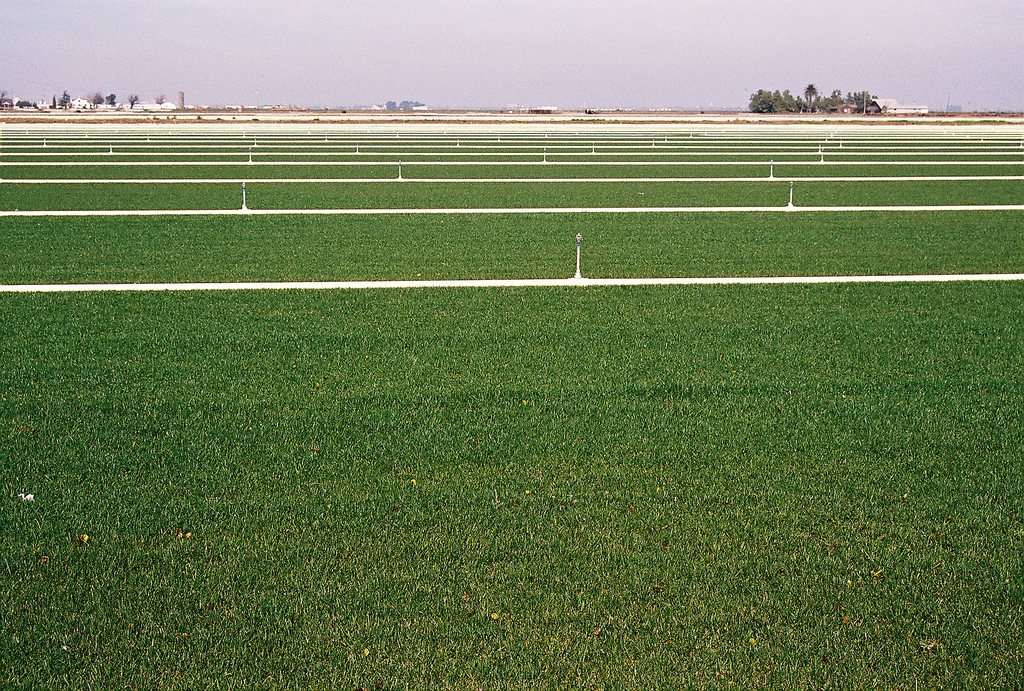 Agriculture in California’s Central Valley depends heavily on the pumping of groundwater for irrigation. This means that quantifying aquifer recharge in the Central Valley is a priority. Photo: dadoll

One of the most important variables in the groundwater cycle—and the most difficult to quantify—is aquifer “recharge.” Aquifer recharge is the amount of water from precipitation (rain and snow) that percolates down into aquifers. Recharge varies a great deal across the landscape depending on characteristics of the terrestrial surface and subsurface. It also occurs over a large area (also termed the recharge area). So “metering and observing” this quantity is extremely difficult to achieve with any accuracy.

Think, for example, about how stream flow is easily measured using a stream gauge, and how the level of a lake can be measured using in-lake or remote sensors. In contrast, recharge cannot be “seen” from the land surface. Because of this, recharge is often estimated as the remainder of the water balance equation.

Groundwater recharge occurs in many ways: through direct infiltration of rainfall into the soil; infiltration along the banks of streams and rivers; and infiltration from ponds and lakes. There are many ways in which humans have attempted to increase the recharge by ponding water in temporary reservoirs for slow infiltration into the subsurface. On the other hand, the popular rainfall harvesting method in developing countries—diverting water from rooftops and other “impervious” surfaces to store for immediate use—prevents groundwater recharge.

In short, groundwater recharge is an important process in the land surface hydrological cycle, but probably the most difficult to observe directly.