In March the CBC Community Blog asked people whether cell phone towers look better when disguised as trees. The results were pretty clear – over 71 percent of people said yes. 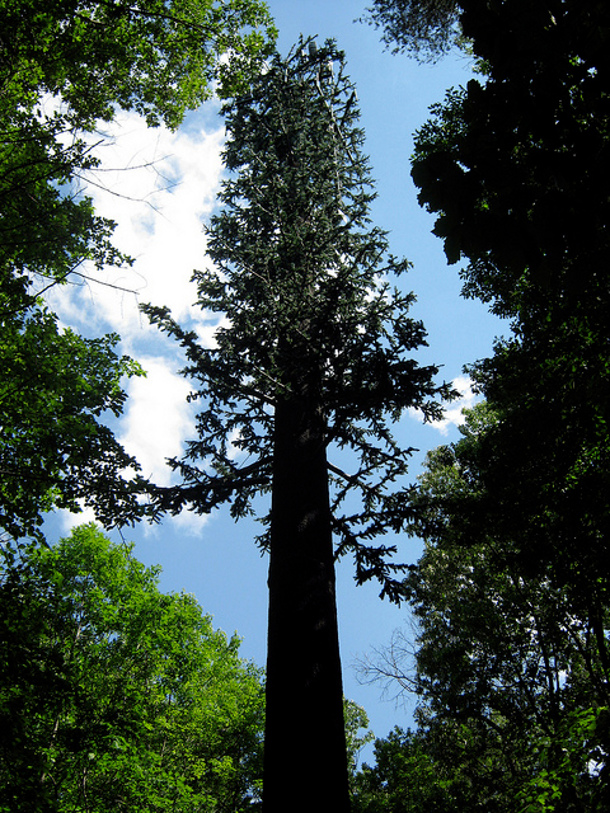 Since the towers are usually over 82 feet (25 meters) high, they are much taller than most surrounding vegetation.  Thus, at least from a distance, they aren’t easily confused with other trees in the landscape.  They are certainly less visually disruptive than traditional cellphone towers. 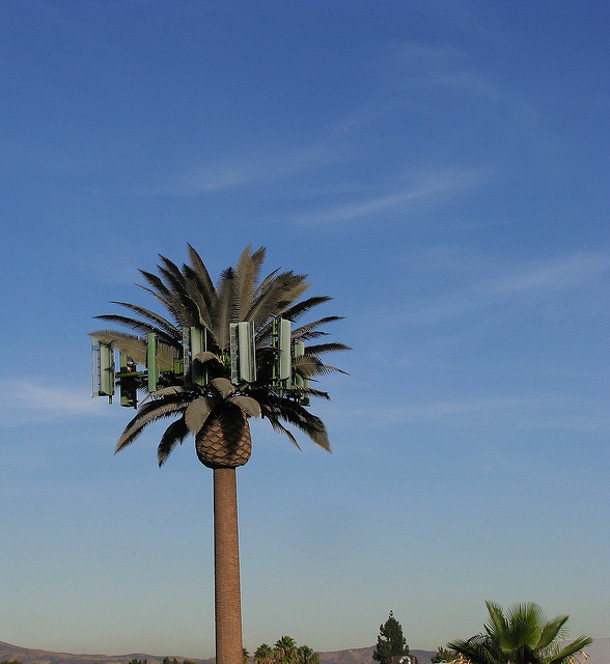 Still, they aren’t QUITE right. The human eye can easily detect something slightly amiss. According to the CBC article, one woman described them said that they look “like a white pine on steroids.” 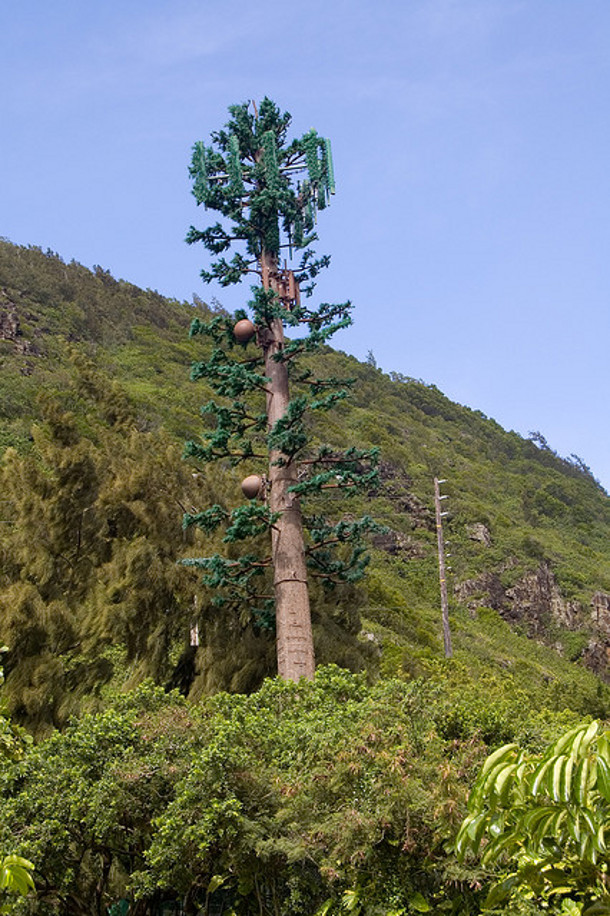 Apparently, “disguised” cellphone towers (they come as palm trees, street lights, barn silos, and even church steeples), while common in the United States, are relatively new in Canada. 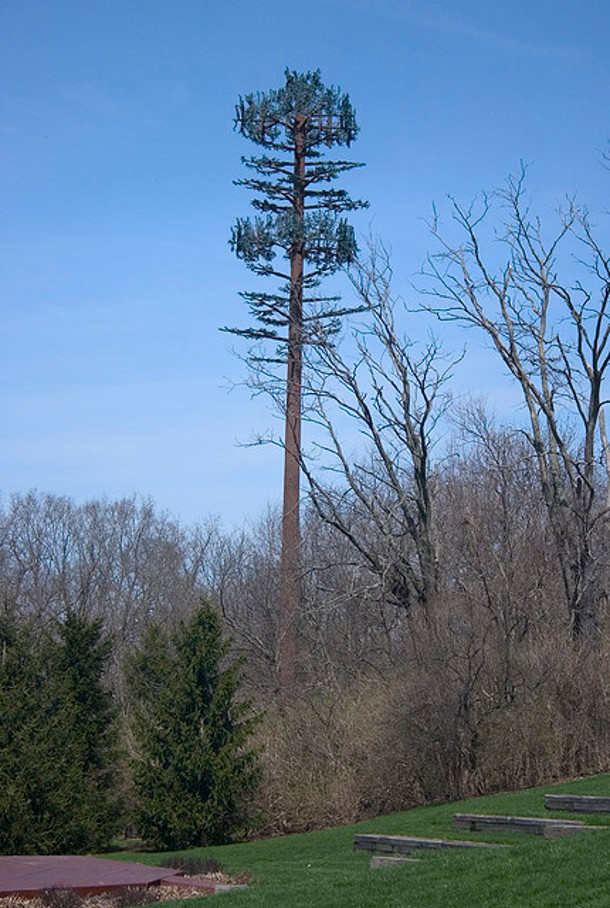 If they must exist, and they must, they’re not bad looking. 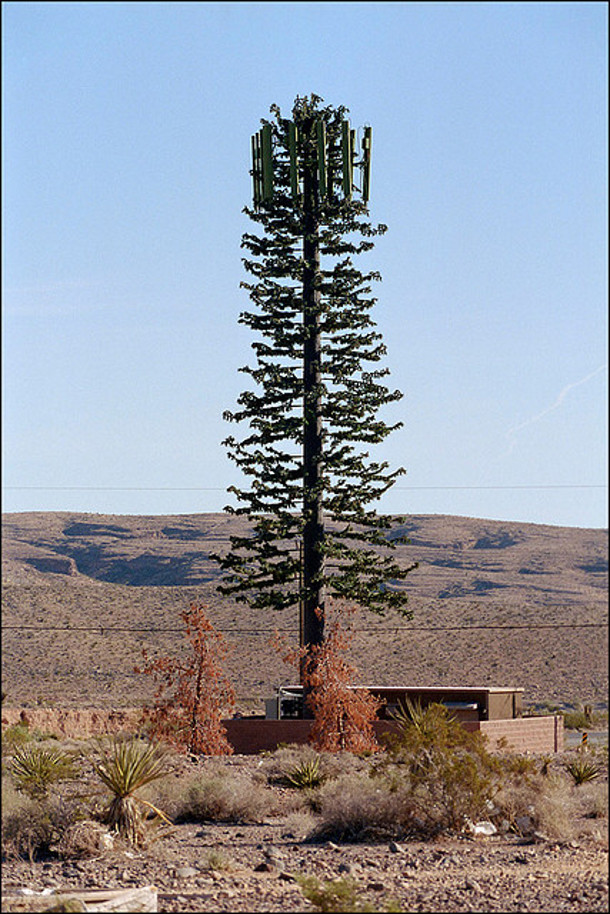