Air Quality
Take a deep breath. Consider that the air you’re breathing in may impact your health. We may not always see it, but air pollution is the cause of some of our most common illnesses. Tiny, invisible particles of pollution penetrate deep into our lungs, bloodstream, and bodies. These pollutants, known as particulate matter, are responsible for about one-third of deaths from stroke, chronic respiratory disease, and lung cancer, as well as one quarter of deaths from heart attack. With over 92% of the world’s population living in places where air quality levels exceed the World Health Organization’s (WHO) Ambient Air Quality limits, now is the time for cities and individuals to take action and improve the quality of air we breathe.

The Issue
The sources of air pollution include black carbon (produced by diesel engines and coal burning stoves), ground-level ozone (originating from emissions from vehicles, industry, and energy production), and methane (caused by agriculture and livestock production). Ambient or outdoor air pollution made of high concentrations of small and fine particulate matter, causes 1 in 9 deaths, making it the biggest environmental health crisis we face. 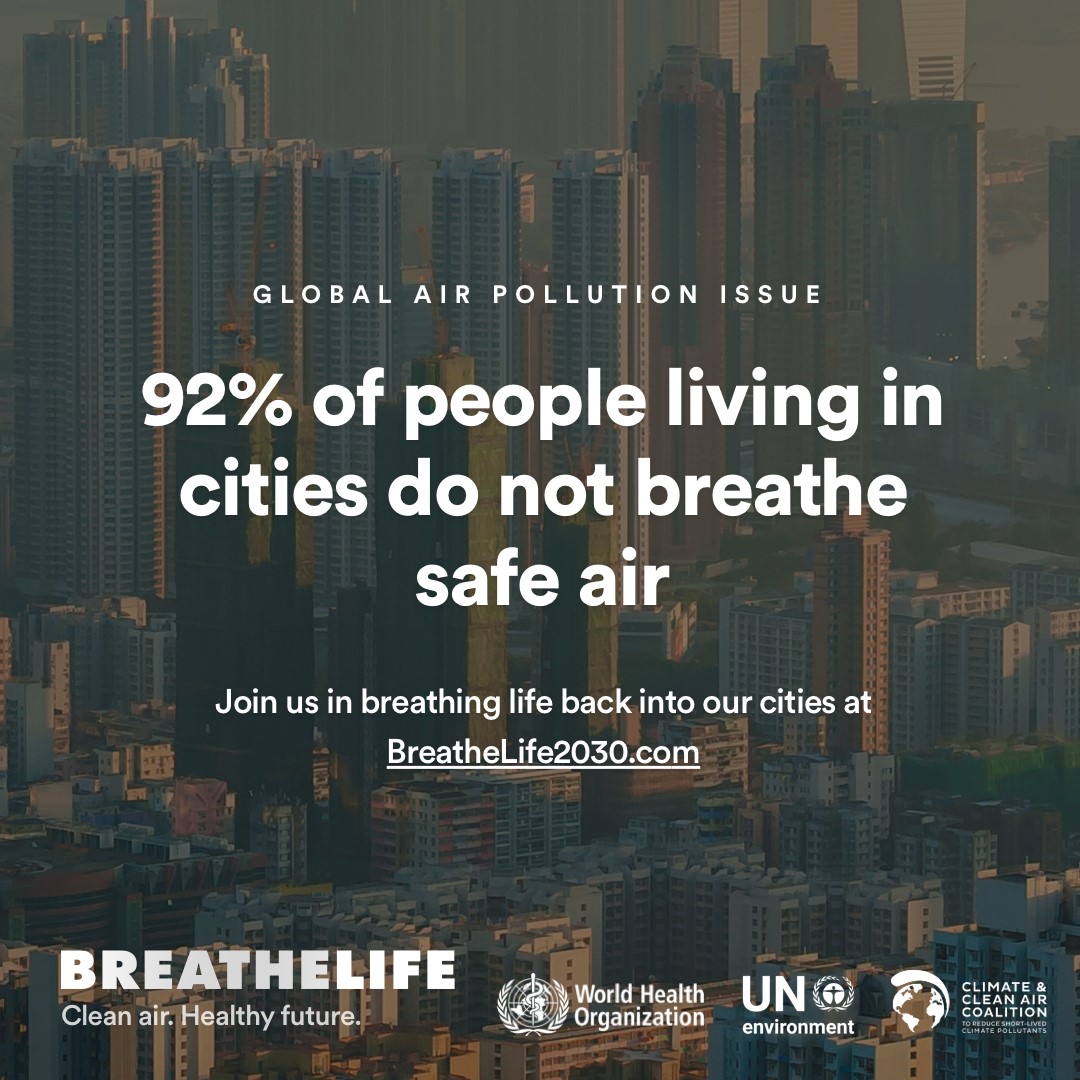 In September 2016, WHO released a new air quality model, which indicates data for about 3,000 cities and towns across the world. This data includes country estimates on air pollution exposure and health impacts. WHO also released an interactive map that highlights areas within countries that exceed WHO air quality limits. The most detailed outdoor air pollution-related health data, by country, ever reported by WHO, this data has allowed us to clearly see the areas impacted by air pollution.

The Solution
Fortunately, many are already taking action to help combat air pollution. In 2015, world leaders set a target at the United Nations Sustainable Development Summit to substantially reduce the number of deaths and illnesses from air pollution by 2030. In Fall 2016, WHO rolled out BreatheLife, a global communications campaign to increase public awareness of air pollution as a major health risk and spread best practices for implementing effective long-term solutions to air pollution. The campaign stresses both practical policy measures that cities can implement and measures people can take as communities or individuals to improve our air.

The BreatheLife campaign aims to mobilize cities and individuals to protect our health and our planet from the effects of air pollution. So far, 37 cities – including London, UK; Oslo, Norway; and Santiago, Chile – have been designated as BreathLife Cities. In September 2017, Washington, DC became the first U.S. city to join the BreatheLife network. These cities are working together to cut the annual deaths from air pollution in half by 2030.

Citywide Actions
By instituting policies and programs to curb emissions and to promote the use of clean energy, cities are implementing a variety of solutions to cleanse their air. From providing sustainable transport, to pursuing a net-zero energy use standard for new construction, and improving wastewater treatment, BreatheLife offers various solutions to fit individual city’s needs.

One solution that the campaign highlights is improved public transportation including walking paths, efficient mass transit, and emissions standards. As part of a plan to slash greenhouse gas emissions in half, Oslo, Norway has implemented increased road tolls on high pollution days to discourage driving. Oslo expects a reduction in car traffic by 27 percent. The city council also plans to ban private cars from the downtown area by 2019. By cutting down on private vehicle use, emissions and pollution are reduced and cities are safer and healthier. Oslo is also planning two new bicycle expressways with the goal of having cycling account for between 10 and 20 percent of all daily trips. By improving pedestrian and cycling networks, Oslo aims to encourage residents to make trips by foot. 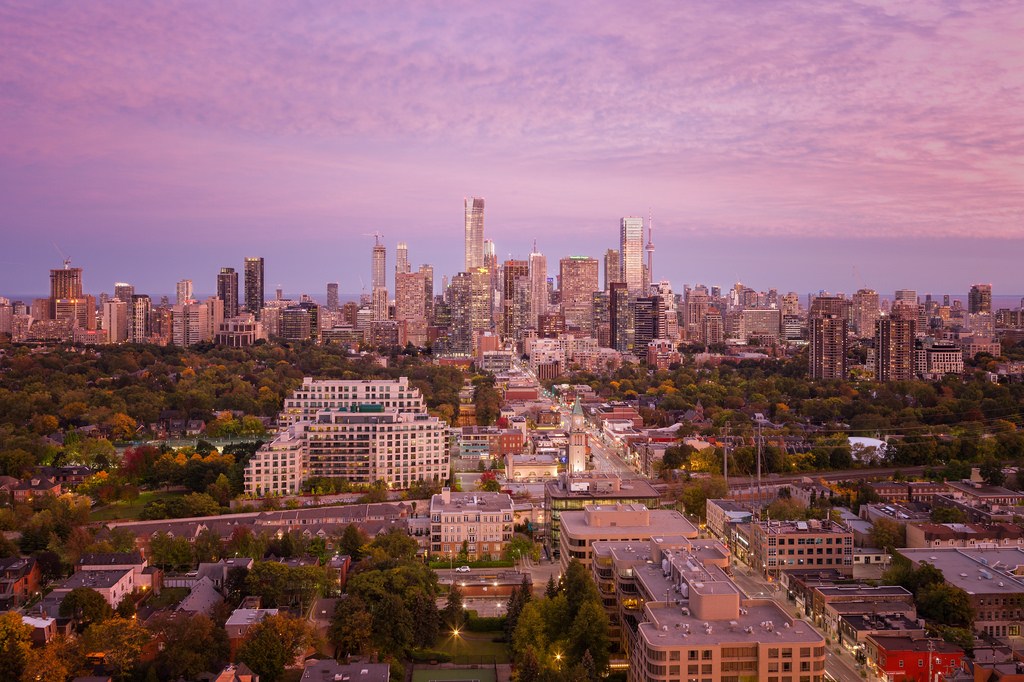 Other solutions for cleaner air are tree planting initiatives. Trees can remove as much as a quarter of particulate matter pollution within a few hundred yards and, when planted in the right places, can offer a very effective barrier by filtering bad air and protecting local residents. The Nature Conservancy’s Planting Healthy Air study applies well-established research to how trees clean the air at both a local and global scale in order to identify places where an investment in tree planting can make the biggest impact. New York city’s MillionTreesNYC initiative planted 1 million trees across the city in an 8-year period. These trees remove about 2,200 tons of air pollution per year, valued at $10 million annually.

Conclusion
Fortunately, a variety of solutions are available to combat air pollution but cities must work together towards this common goal. The BreatheLife campaign is an excellent platform upon which cities can share best practices and demonstrate progress towards results. As an individual, you too play an important role in clean air. Small shifts in everyday behavior – from conserving energy to using more sustainable forms of transport – can help reduce your contribution to air pollution. To learn more about how you take action both locally and globally, visit BreatheLife2030.org.