Inspiring the Next Generation Interview with Russell Horsey

Russell Horsey is the Development Director at the Institute of Chartered Foresters in the United Kingdom. Prior to joining the Institute, Russell was Senior Arboricultural Officer (similar to Head Urban Forester in a U.S. city) for the City of Bristol, England. He is a graduate of the Universities of Brighton, UK, and gained a Masters in Forestry Conservation with a specialization in Urban Forest Management at the University of Toronto, Canada. As a recent Toronto graduate, he found his way to Friends of the Urban Forest in San Francisco, where he donated several months of his time and skillset. I worked with him then, and am happy to see he has moved on to greater things.

Note: British spelling and wording has been retained for authenticity. Where a word might be unfamiliar to U.S. readers, the U.S. equivalent has been placed in parenthesis next to it.

The Institute of Chartered Foresters (ICF) is the Royal Chartered body for foresters and arboriculturists in the UK.  ICF regulates the standards of entry to forestry and arboriculture and offers professional qualifications to promote expertise in the tree and woodland management professions.

The Institute recognises that our members specialize in either forestry or arboriculture. On passing their professional exams, members choose which designation they wish to be known by.  I sat my own professional exams a few weeks back and passed! My specialism is with urban trees so I am now officially a “chartered arboriculturalist.”

What are the advantages for a professional to be a member of your organization?

Chartership is an internationally recognised badge of excellence aimed at those managing trees and staff, consultants, government scientists, lecturers and the like. It gives parity with other professions you work alongside on a daily basis e.g. engineers, architects and landscape architects, who in the UK will also likely be chartered.

Research has shown that the public is more likely to trust members of professional bodies than non-members, so chartership helps a member build a client base quicker.  For members within larger organisations it allows for faster career progression – we are seeing more job adverts asking for chartership – and so you will earn more. By contrast, the ISA Certified Arborist program has never really taken off here and is mostly aimed at climbers and tree workers.

As much as you have a “typical workday,” describe it.

My role is varied so I don’t have a typical day, but essentially I am looking at developmental work for the Institute or working in partnership with other organisations in the sector [profession] and our members.   One day I could be talking to students about careers in the sector, the next representing members at governmental meeting.  Recently, with changes in forestry grants, I have been involved in setting up seminars to ensure practitioners are up to date. 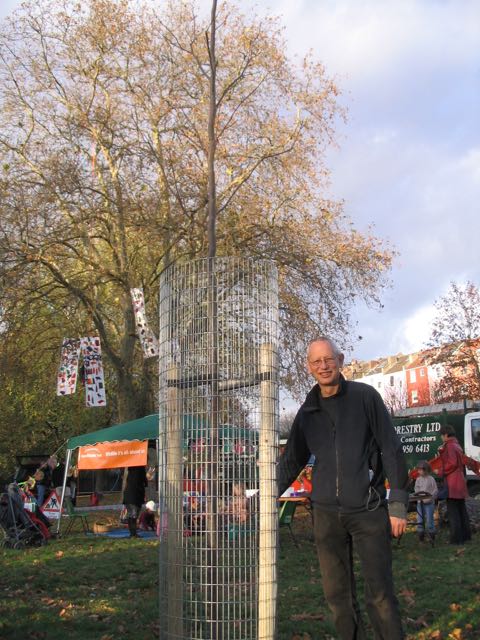 What program or project are you most proud of?

Setting up a city/community tree planting program called TreeBristol whilst I managed the tree section at Bristol City Council.

My team employed a dedicated member of staff to run the program and to work with communities to come up with tree planting plans for the city’s parks.  The rest of the team then ran community planting events across the city with volunteers, local parks groups and businesses.  The program at its height was planting 1200 “standard” trees each year across the city. Trees are planted at “final spacing,” that is, far enough apart so they can each develop to their full mature height and spread. The concept of planting at final spacing reduces the need to thin trees and allows for more money to be spent on young tree maintenance.

The program raised the profile of trees within the city and politically, brought in extra money for tree planting from donations and business sponsorship, and got great community engagement and ownership in tree planting which saw less vandalism and higher success rates. The program has now evolved again to the One Tree Per Child program – a project that aims to plant one tree per child of primary school age (36,000 in total) across the city. However, to me the TreeBristol model remains a simple one many cities could look to adopt.

Do you feel that attitudes towards trees are different in the UK than in the US or Canada?

I give a talk to a number of undergraduate programs each year which highlights the fact that the problems faced by urban trees is similar in all three countries, so with a good education and good basic training you can take that knowledge and work anywhere.  What is important is that we share knowledge about what works well across different cities and countries so that other professionals can replicate success. 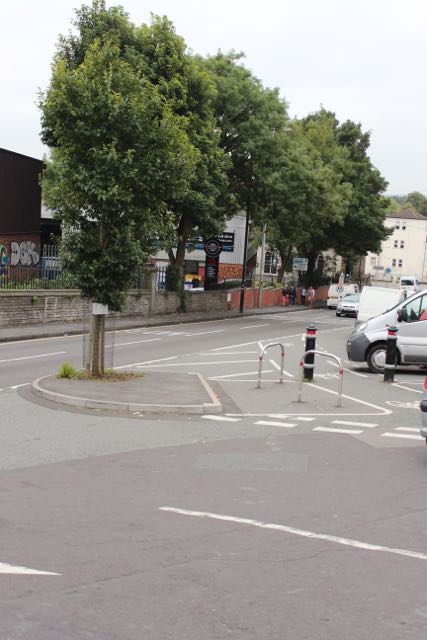 At a recent ICF conference, you said “As arboriculturists, we have a problem with perception and communication with other professionals.” What did you mean? How is this problem impacting the wellbeing of the urban forest?

If you imagined us as a business trying to market “trees,” we have a product that in some ways does too many good things! As a sector we try to explain all of the things that trees do rather than honing our message and keeping our messages simple. We still use too much technical wording which does not work with the public, politicians and some higher managers, who may manage more than just trees and may not have an arboricultural background.

My experience in local government was that my colleagues in the highways department were not interested to know that trees are aesthetically pleasing, improve landscape, act as windscreens etc. They were interested when we could show how trees made their jobs easier. For example, fewer cars mounted the curb when trees rather than bollards were put in buildouts [bulbouts], so maintaining the highway was cheaper. Adding trees to a new bus route design made the public consultation [public comment] process less contentious and got the project approved faster.

I think the same problem occurs with the public and politicians. iTree is starting to gain traction over in the UK. It’s a great tool for urban forest assessment but I worry that the positive message is lost. The large $ amounts that iTree calculates for tree benefits are not bankable, so how do our politicians make use of them? UK highways were asset-valued over a decade ago and yet the local government still does not have enough highway staff nor enough budget to fix all the potholes that need to be repaired. iTree needs to be part of the solution for managing our trees but without public and political engagement it won’t be effective.

Have attitudes towards trees changed over time in your country?

The current government tried to privatise the public forest estate (sell off publicly owned woodlands) in the last parliament which again saw great public outcry and the government backing down. British people definitely love and value their trees and countryside and with new pests and diseases being found, the sector must look to engage with residents more and more. 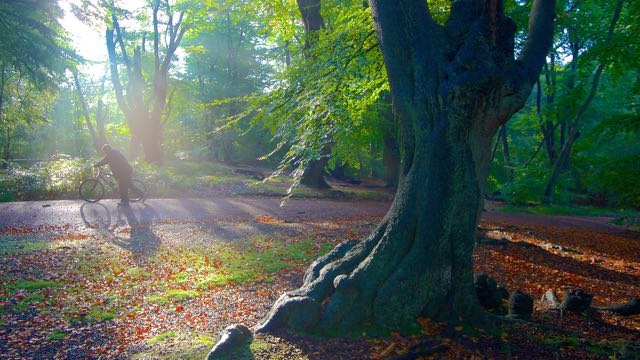 If we were visiting the UK, what trees should be on our “must-see” list?

The UK is lucky enough to be home to massive number of ancient trees that are several hundreds of years old.  Some 110,000 trees have been recorded on the Ancient Tree Inventory so no matter where in the UK you go you’ll be in for a treat. For many visitors who only make it to London during their first trip, ensure you get out to some of the city’s parks such as Epping Forest or Windsor Great Park. 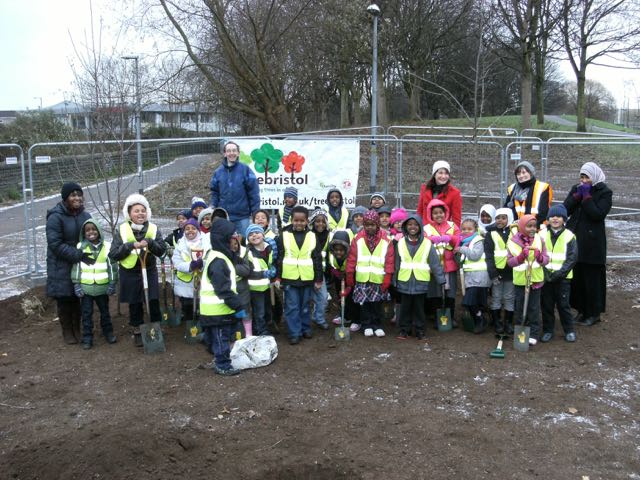 What do you think is the biggest threat to the sector?

The UK is starting to see both forestry and arboricultural programs close down at college and university levels due to a lack of students, whilst at the same time the sector has an aging workforce and is desperate for new people. I am also starting to see similar signs in Canada.

The forestry/arboricultural teaching sector has failed to modernise teaching programs and engage with social media so many students are unaware of the courses on offer. There are still many false impressions of the sector: that you won’t earn that much, you don’t need a good education to work with trees and the job is dirty. So as a sector we need to better sell careers to both students – and, more importantly, parents – who have a massive influence over career choice. Engineering and science had similar issues a decade ago now every other television program seems to be about these subjects.

So this January when you’re looking for a New Year’s resolution, don’t give up chocolate or join a gym, inspire some young people to think of a career working with trees.