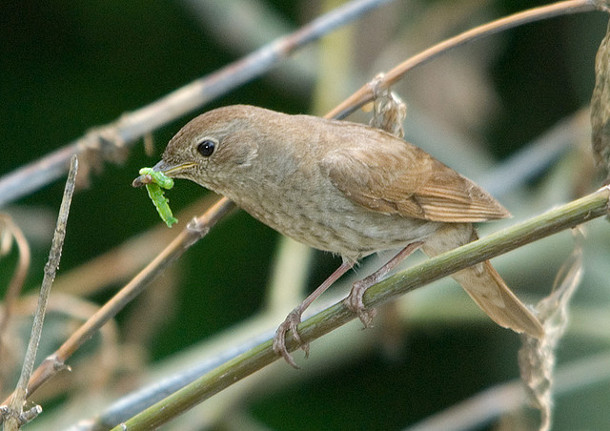 This is interesting – two studies I’ve read recently emphasize the very real value that the urban forest has for migrating birds.

Here are the important takeaways about the value of trees in cities: Birds use patches of greenery to rest and refuel while migrating between winter sites and breeding sites. Migration is a critical period for birds, when they spend up to 90% of their time resting and refueling at stopover points on the way to their final destination. This makes the places where they pause critical to the success of the whole trip.

According the first article, from the BBC, migratory birds are finding that, due to rapid urbanization, their habitats are becoming more and more fragmented. In many cases, they are now basically embedded in the urban fabric. Fortunately, the study found that even a small area of urban forest can provide a tremendous benefit to the birds. By tagging thrushes and monitoring how long they spent at each site, scientists discovered that “forest” size was actually less important than the amount of fat reserves the birds had. Small patches (as little as a hectare) were observed being used for foraging. Large swatches of forest – urban or otherwise – are still better than small ones, of course, but it’s good to know that even a fragmented habitat is functional.

Another study, highlighted in the December 2011 issue of Landscape Architecture Magazine, found that overall diversity of bird species is negatively affected by a increase in buildings or asphalt surfaces, but that more vegetation – especially trees – has a positive effect.

The study was done by Simone Fontana, Thomas Sattler, and Marco Moretti with the Swiss Federal Institute for Forest, Snow and Landscape Research, and Fabio Bontadina with the Institute of Ecology and Evolution at the University of Bern. Field research sites were in Zurich, Lucerne, and Lugano.

According to their findings:

13 species of birds will be found when no trees are present, whereas 20 species are in place when tree cover increases to 45 percent. The researchers determined that ‘the positive effect of trees outweighs the negative effect of sealed area and buildings… therefore, increasing the fraction of tree cover in the urban matrix seems to be the more promising and efficient measure to enhance bird species richness and diversity.

Coniferous trees were found to be the most effective at increasing species diversity, “with the models predicting an increase from 14 species at sites with only deciduous woody plants to 20 species (up 43 percent) at places with equal representation of coniferous and deciduous plants.”

Yet two more reasons why trees in cities are so very important.

To find out more about planting trees that will attract birds, click here.