History of Street Trees in Holland Part 3: The Money-Growing Trees? 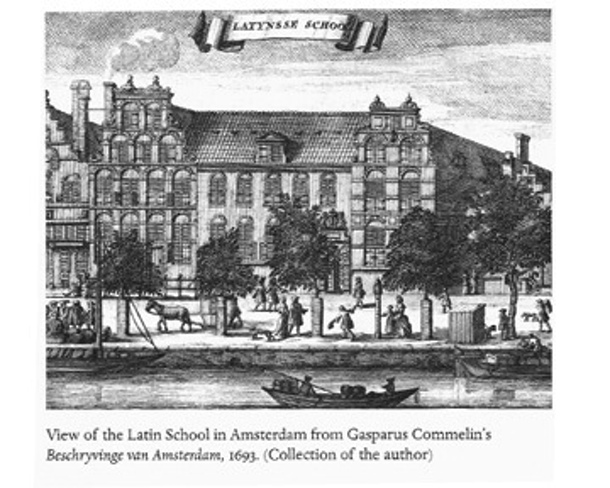 Here is Part 3 of Peter MacDonagh’s series on the history of street trees in Holland. Things are starting to heat up! -LM

The Low Country cities (which included both Holland and Belgium until 1830) went all in on the spice trade from the 1200’s forward. Most of these spices were harvested from the fruit or bark of tropical trees in southeast Asia (e.g. India, Sri Lanka, Spice Islands). With the founding of the East Indian Trading Company in 1600 and, shortly thereafter, the West Indian Trading Company (aka, VOC), the Dutch gained a monopoly on spice commerce.

The wealth derived from dominating spice merchandise made these cities the envy of northern Europe. Englishman John Evelyn wrote that 1641 Amsterdam’s

streetes so exactly straite, even, and uniform that nothing can be more pleasing, especialy, being so frequently planted and shaded with the beautifull lime trees, which are set in rowes before every mans house, affording a very ravishing prospect….the Keisers-Graft, or Emperors Streete, which appears to be a Citty in a Wood….

(The spelling is as written, and the “lime trees” are Lindens (Tilia cordata)).

How could spice trees from Asia so benefit “Lime trees” in Amsterdam? How valuable were spices in real terms? Spices were used as hard currency, traded like silver and gold. Hard to believe that common spices such as cloves, saffron, and cinnamon could be worth so much money, but they were. Here’s an example: two economic historians (Freedman 2008; Munro 2001), did a comparison on spice values in Medieval Europe to spice values today. Using the comparable wages of a skilled craftsman then and now (a $60,000 annual salary in 2008 dollars) as a baseline for buying power, it would take our 21st Century craftsman 26 minutes of work to buy a pound of cloves.

By contrast, the skilled craftsman of 1600 Amsterdam, earning the relative same as his 2008 counterpart, would need to work 7.5 days (a week and a half of work) to earn a pound of cloves!  Cloves in Europe, were 144 times more valuable than today. One pound of cloves could sell for four pounds of silver or two pounds of gold. These spices were harvested almost exclusively from trees – hence the “Money Growing Trees” moniker. Who said “trees have no value”?!