All About Marginal Soils Part 2 of 3: Can Broken Soil Be Fixed? 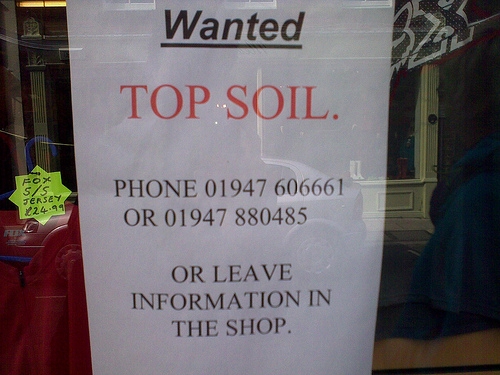 In Part 1 of this series I talked about the basics of soil compaction and how soils are broken. Today, I’ll look at whether broken soils can be fixed.

Since soil compaction so often causes problems after construction, many scientists have studied the effectiveness of ways to avoid compaction or reverse it after it occurs. The Center for Watershed Protection summarized some of these studies in Table 1 below, which shows that the most effective ways to restore compacted soils to healthy bulk densities were (1) adding compost and (2) reforestation:

1) Undisturbed (UN) – was not graded or compacted. Existing vegetation was sprayed with herbicide.

In treatments 2-4, the plots were compacted to match standard urban post-construction soil conditions: topsoil was removed and subsoil was compacted to 2 g/cm3 bulk density.

2) Minimum Effort (ME) – 4 inches of soil added to the top of graded, compacted soil. It represents a low effort level of rehabilitation of compacted and low organic soils. It is a common practice among many contractors and landscapers.

3) Enhanced Topsoil (ET) – 4 inches of topsoil tilled to an 8 inch depth. Represents a moderate level of soil rehabilitation. Topsoil is rototilled to scarify the interface between the topsoil and existing compacted soil.

4) Profile Rebuilding (PR) – 4 inches of compost incorporated into the soil at a depth of 2 feet and 4 inches of topsoil tilled to an 8 inch depth. This treatment involves the highest degree of rehabilitation and is intended to address both the low organic matter of the compacted soil as well as the high bulk density.

Taking it a step further

Where existing soil cannot be rehabilitated for whatever reason, materials that are typically considered waste materials, like dredge spoils, can be used as a resource to grow trees. Daniels et al (2007) studied the feasibility of rehabilitating dredge spoils to grow plants.

According to the authors of this study “River and harbor dredging activities generate hundreds of millions of cubic meters of dredge materials in the eastern USA annually, and disposal options are becoming increasing limited and expensive. While sediments from certain sites are heavily contaminated (USEPA, 2005), much of the material is quite suitable for placement into upland environments for conversion to topsoiling materials for mining and other disturbed sites (Darmody and Marlin, 2002; Darmody et al., 2004; Lee, 2001).”

The Daniels team tested the dredge material for contaminants, dewatered it, and added varying amounts of compost, then grew winter wheat the first fall and corn the following 2 years. They found that “the chemical and physical properties of these materials are equal or superior to the best topsoils in the region.”