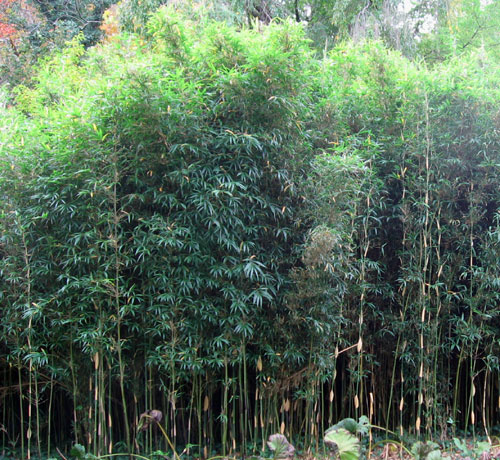 In my last entry I talked about the three different types of bamboo. Many people may not know this, but the United States is home to a native species of temperate (running) bamboo called arundinarea gigantean (river cane). Because most of the U.S. has a cold winter, our native bamboo (running) grew from the gulf states throughout the south eastern part of the United States and up to Ohio. It grew very nicely in less-developed areas such as Red River Gorge in Kentucky and as far west as Oklahoma.

Because of its widespread availability, the American Indians used the bamboo for building structures, making weapons, jewelry, baskets, and medicines as well as using it for many other purposes. Bamboo was also valued and used people of the Daniel Boone era.

As a native plant, bamboo can be used in a wide variety of landscaping applications such as privacy screening along property boundaries and roads, between neighboring houses, shopping centers, and more. It’s also wonderful for erosion control and adds a certain exotic touch to the landscape.

In addition to its horticultural applications, bamboo is an incredibly versatile material for manufacturing and can be used to make shades, housing panels, golf Ts, clothing, music, or even feed for animals. I make weekly shipments of bamboo to zoos across North America for their red panda populations. And of course, people can eat it too. 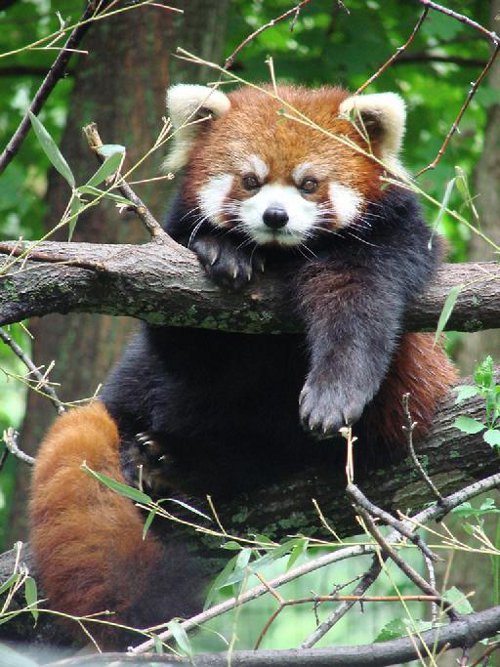 Running bamboo, while lovely, can be the most difficult to contain without the proper planning. Unfortunately, many nurseries, garden stores, and landscapers — unaware of the methods and tools for containing bamboo — will often tell customers, “Don’t plant bamboo because it takes over!” Understanding how bamboo grows means we can properly contain it and enjoy its lush benefits.  Under the right growing conditions, bamboo naturally wants to get big and expand. It will quickly fill up a planting container and should then be carefully root pruned.

Bamboo Barrier is an effective material to prevent the unwanted spread of bamboo. The smooth surface of the barrier acts as a root stop, diverting the rhizome and preventing rampant growth. The rhizome will not penetrate the barrier; rather it will turn and continue to grow along the surface of the barrier. This contains the bamboo and prevents unwanted spread. In the next blog post I’ll talk about how to install the barrier so you don’t end up with more bamboo than you want!