All About Silva Cell Setbacks

One of the most misunderstood Silva Cell standards is the 18” (45 cm) setback from roadway traffic.  It’s true that when Silva Cells are installed adjacent to a roadway, we require 18” (45 cm) of horizontal separation between the Silva Cells and the path of the nearest tire.  There are two reasons for this requirement. 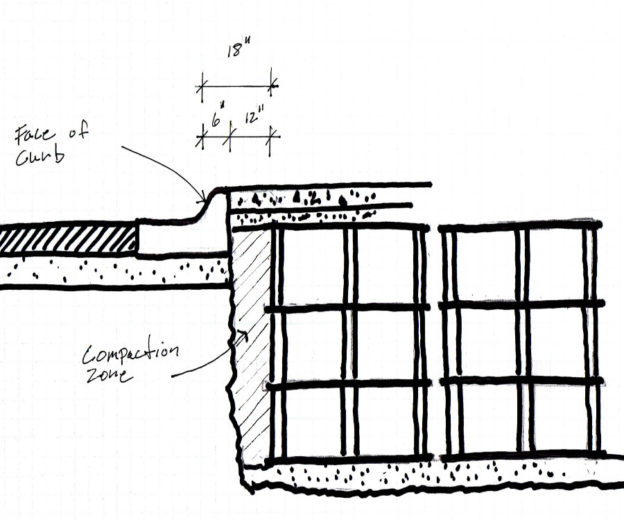 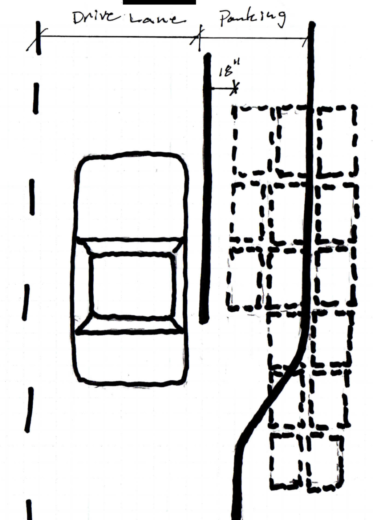 The first reason for the 18” (45 cm) setback from roadway traffic is to keep the Silva Cell system from being subjected to repeated lateral loading stresses from passing vehicles.

One could easily assume that this has to do with the strength of the Silva Cell units and that they cannot tolerate that level of lateral stress, but that is not the case. Yes, there is a threshold at which lateral pressure becomes an issue. However, through analysis of the Silva Cell system versus the anticipated lateral stress from adjacent wheel loads, we know that is not a primary concern. In reality it has more to do with the strength of the geogrid that wraps around the perimeter of the system and is used to provide a surface to compact against. This being the case, there are relatively easy ways to reduce or even eliminate the setback if locating Silva Cells closer to the roadway is necessary (we’ll come back to that again later).

The second and perhaps more important reason for maintaining an 18” (45 cm) setback from roadway traffic is to ensure that there is enough room to properly compact the soil around the Silva Cells and reestablish structural support for the adjacent curb and/or pavement (edge of the roadway).

Recognizing that the majority of Silva Cell systems are constructed in the area behind the curb with the curb in place, let’s use this type of application as an example. The densely compacted soils and aggregates that comprise the structural core of a roadway extended at least one foot or so beyond the back of the curb in order to ensure that the curb and the rest of the edge of the roadway are properly supported. Generally, the portion of the roadway’s structural core extending beyond the curb gets removed during excavation for the Silva Cells, temporarily weakening the edge of the roadway.  We understand the importance of maintaining the structural integrity of the roadway core extending beyond the curb and its role in the long term durability of the road – therefore, we leave room for proper backfilling and compacting so that zone can be reestablished. 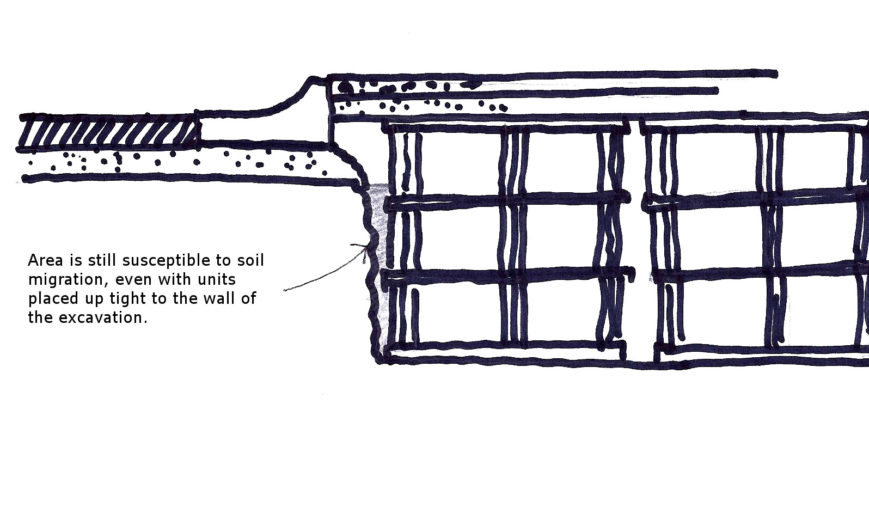 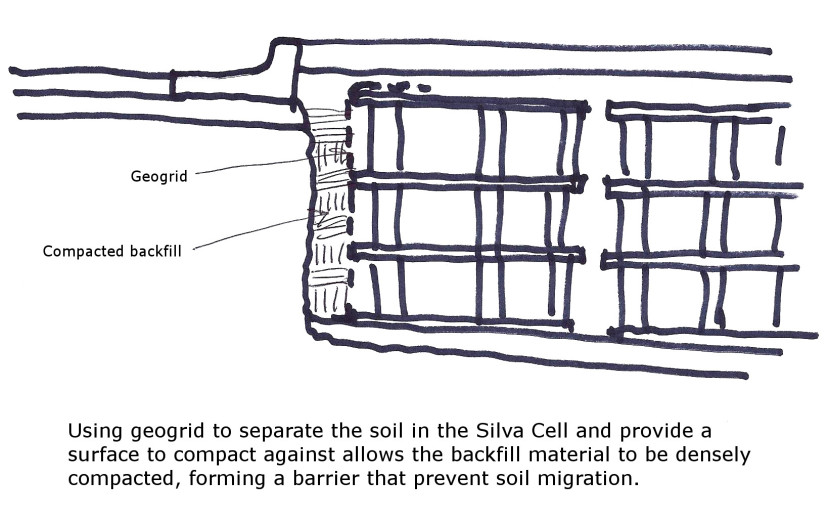 What about situations where it’s necessary for the Silva Cells to be closer to the roadway? Or situations where there is not enough room to compact around the Silva Cells? Please keep in mind that the 18” (45 cm) setback is a general requirement and that with it, or for that matter really any of the Silva Cell general requirements, there is usually flexibility to amend it on a case by case basis. Contacting us to discuss the specifics of a project is always a good first step.

When it comes to placing the Silva Cells closer to roadway traffic than we recommend in our standards, the solution can be as simple as changing the geogrid to a geotextile fabric or changing the type of material used as backfill. Another common solution is to place a vertical layer of geotextile along the roadway side of the Silva Cells and then use flowable fill (low cement content sand mix) to fill the void between the Silva Cells and the wall of the excavation. This creates a barrier that dampens the lateral stresses, reestablishes the structural support of the roadway edge and eliminates the potential for soil migration. If the issue is simply that there is not enough room to fit compaction equipment between the Silva Cells and the limits of the excavation we recommend using a backfill material that requires little to no compaction effort such as clean stone, high performance bedding (HPB) or a flowable fill type product. 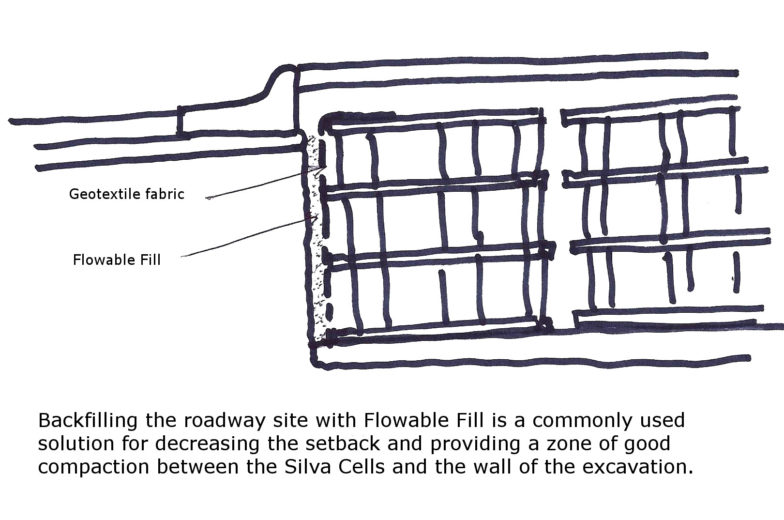 Pat Greeley is the Technical Manager at DeepRoot Green Infrastructure.