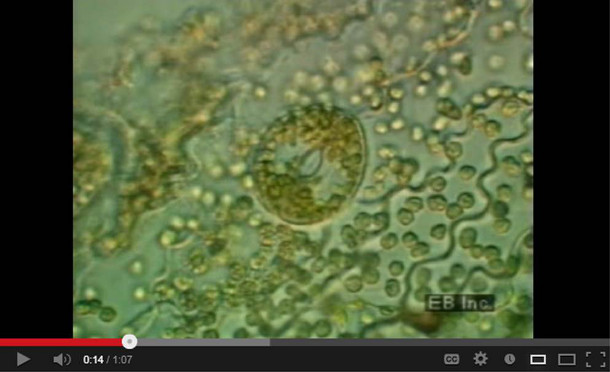 Ever seen the stomata of a leaf up close?

You know how when you learn something in school, it sounds a little abstract until you actually see it? For example, I remember learning about what stomata are. Here is the definition according to Wikipedia:

In botany, a stoma (plural stomata) (occasionally called a stomate, plural stomates)[1] (from Greekστόμα, “mouth”[2]) is a pore, found in the epidermis of leaves, stems and other organs that is used to control gas exchange. The pore is bordered by a pair of specialized parenchyma cells known as guard cells that are responsible for regulating the size of the opening… Also, water vapor is released into the atmosphere through these pores in a process called transpiration.

But have you ever actually seen stomata moving around, doing their thing? It is trippy.