Strange Mascot: The History of The Stanford Tree

Readers on the West Coast may already be aware of this, but Stanford University has one of the oddest mascot’s in collegiate sports: a tree.

Trees are an important icon in Palo Alto, CA, where Stanford is located. A coast redwood (Sequoia sempervirens) appears on the municipal seal of the city, and there is also one on the official seal of Stanford University. Perhaps this is the source of inspiration. 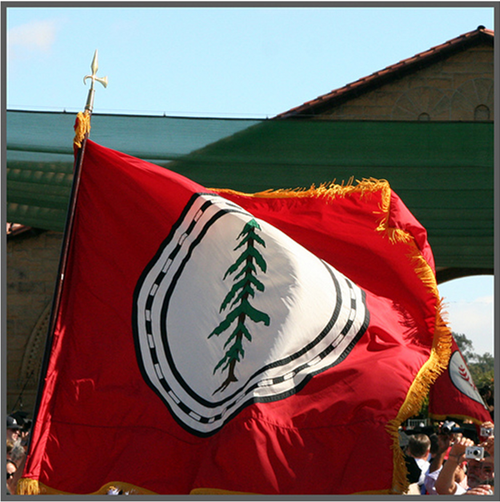 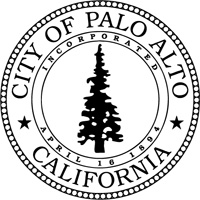 Apparently students and administrators have been disagreeing about what the mascot for the school should be ever since 1972, when their team name was changes from the Indians to the Cardinal. In 1981, after much debate, then-Stanford President Donald Kennedy decided that all their athletic teams would be represented by the color cardinal. Full stop. 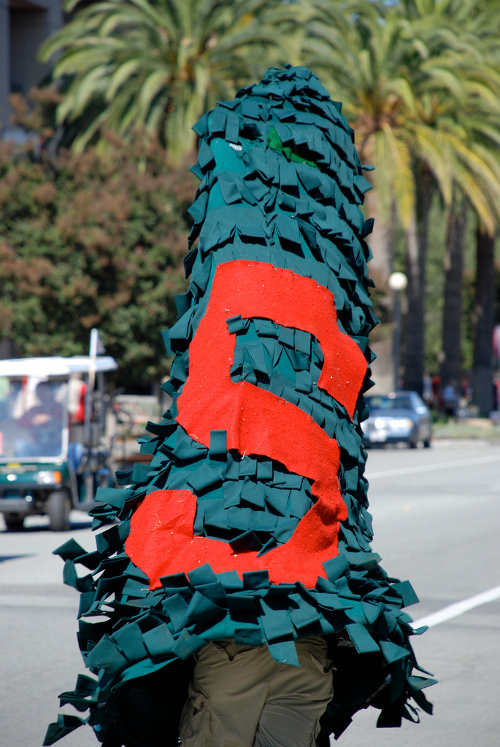 Somewhere amid all the debate about what the mascot should be — Wikipedia places it in 1975 — the band “performed a series of halftime shows that facetiously suggested several other new mascot candidates it considered particularly appropriate for Stanford, including the Steaming Manhole, the French Fry, and the Tree. The Tree ended up receiving so much positive attention that the Band decided to make it a permanent fixture, and thus began the process through which the Tree has gradually colonized the collective unconscious of Stanford’s student body.”

For the last twenty years, there has been a fairly formal selection process for the student who gets to play the tree. It sounds like a giant, popular, ironic responsibility that is in quite high demand in the Stanford Community. 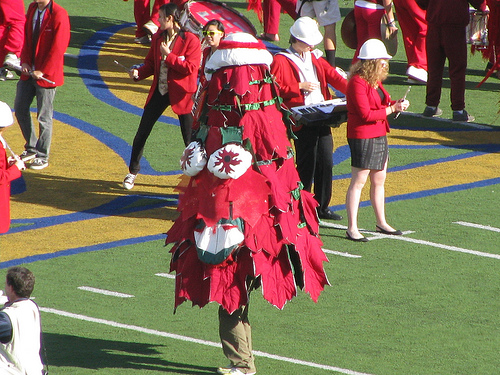 And, to be fair, the Tree does have greater responsibilities than your average mascot, at least in terms of creative initiative. The mascot’s costume is created anew, each year, but the incumbent Tree. While each is different, they do all seem to have crazed, acid-trippy features.