– The reconstruction grabbed the attention of Landscape Architecture Magazine, featuring reflections from locals regarding the before and after the construction, and local governing agencies vying for Silva Cells.

– Four years later the Grove is blossoming with healthy trees, at the heart of Boise, the “Tree City”

The September 2019 Issue of Landscape Architecture Magazine(LAM) highlighted DeepRoot’s Silva Cell as an integral part of transforming downtown Boise, Idaho from gray, ghostly, parking lots and bank high rises to a bustling, social hub with a growing tree canopy and effective green infrastructure. Between 1968 and 2018 there were two main reconstruction efforts in the downtown plaza space. The first, in 1986, dubbed “The Grove” after the 36 honey locusts planted in a radial symmetry, and its intersection of Grove and Eighth St. The second, and most recent revamp in 2017, The Grove Plaza 2.0. 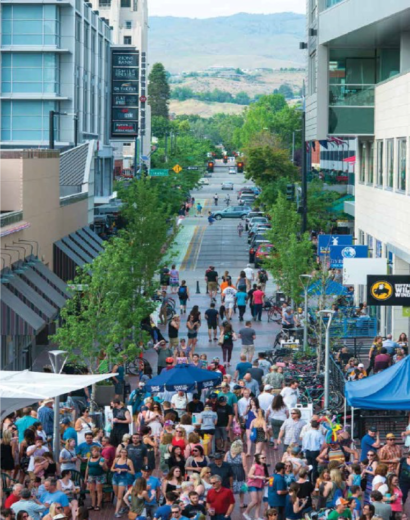 Phasing in Green Infrastructure in the Heart of Boise

Phase One: In 1985 the city initiated publicly held charettes where Boiseans and design experts could meet, and exchange visions of what residents longed for and what was feasible from a design standpoint. The Portland, Oregon firm, ZGF Architects was chosen to draft up the master plan, adopting enhanced streetscapes, and creating a more communal space for the public to enjoy. The plaza was transformed and utilized as a central hub for Boise State University students (current enrollments estimate 25,000), farmers and vendors to sell goods, and weekly Wednesday concerts topping 5,000 visitors.  In the 90’s, 10 vendors at the market turned into 130 in just a few years.

In 1988 a bank tower and a convention center went up bordering two of the four quadrants of the Grove. In 1998 a hotel went up on the third quadrant.

Phase Two: In 2014 the final “empty” quadrant of the plaza was taken up by a mixed-use multilevel building that included retail stores, Boise State computer program classes, and office spaces. Beneath the mixed-use building now lives a public transit center. The “empty” quadrant contained a 30-year-old brick plaza with trees that distributed water inadequately and led to a malfunctioning fountain and dying trees. The transit center and safety regulations led to entire rethink of the urban plaza. All 27 trees were replaced throughout the plaza, during the reconstruction. 22 of the trees were planted beneath the plaza in Silva Cells, each with 500 cubic feet of structured soil. The senior manager of Boise’s Capital City Development Corporation (CCDC), Doug Woodruff, who has been part of the improvements for decades, states, “We’re spending between 10K and 15K per tree to implement a Silva Cell system. It was a big pill for a lot of people in our community to swallow, but seeing the results, people expect it now.” 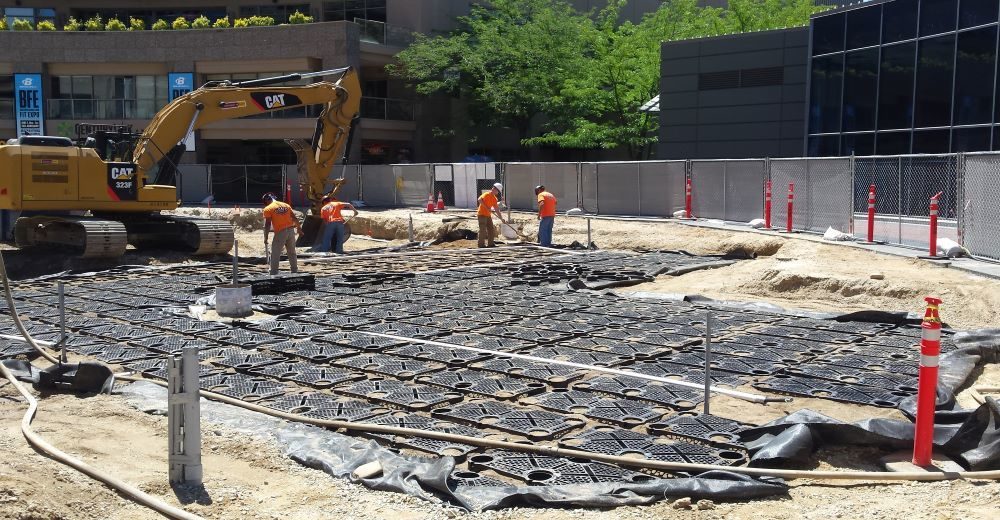 “Downtown Boise’s street tree presence is pervasive, consistent, and healthy. The value goes beyond the aesthetic and public health benefits of tree canopy to protecting the Boise River. In Boise, the cells also accept stormwater from drains in the gutter. Overflow rainwater goes into the citywide stormwater system, which discharges into the river.” 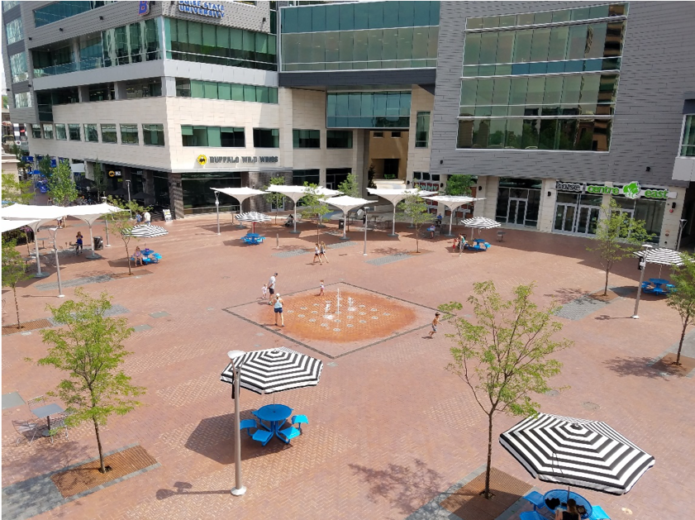 Overhead view of The Grove in August 2017, shortly after completion. 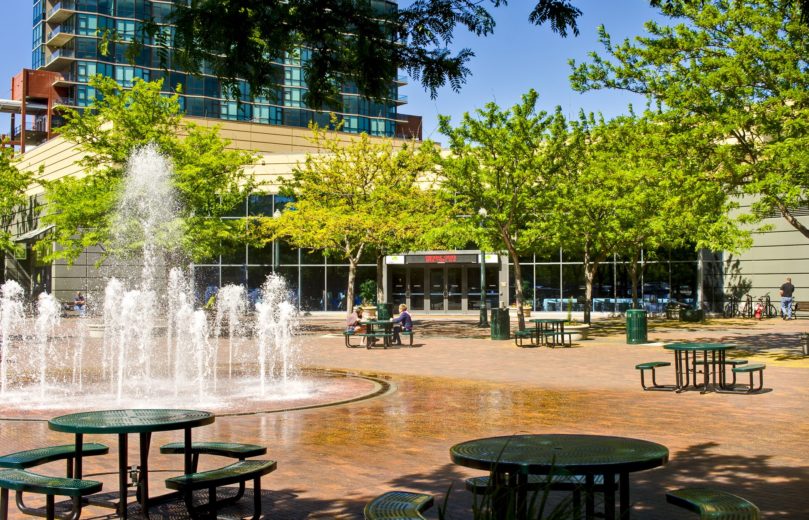 “I don’t know that we’d have been able to pull that off if CCDC didn’t already have the precedent of doing Silva Cell in streetscape”. 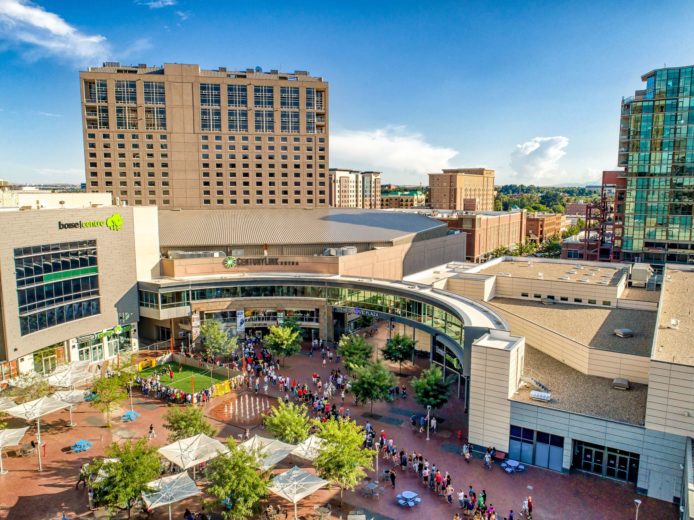