Rockwall, Texas, a growing community located 25 miles northeast of Dallas, contains a quaint, historic downtown district that dates back to the late 1800’s.

In 2004, planning began to breathe new life into downtown Rockwall and to address problems with existing design and infrastructure including accessibility issues, lack of pedestrian scale, and problems with existing sidewalks and infrastructure. An $8.625 million voter-approved capital improvement project was launched that included connectivity planning, street replacement, sidewalk enhancements, storm sewer improvements, a pedestrian plaza, ADA accessibility, and installation of lighting and landscaping.

The creation of a pedestrian connector stretching south down San Jacinto Street all the way to City Hall was designed to preserve and enhance Rockwall’s historic downtown corridor while creating a welcoming and easily accessible community gathering space. The plaza now includes a small stage, seating and tables, lighting, and seat walls.

Here, it was important to implement a suspended pavement system with tested loading capabilities in order to support occasional weight from utility, delivery, or food trucks during maintenance repairs or events. 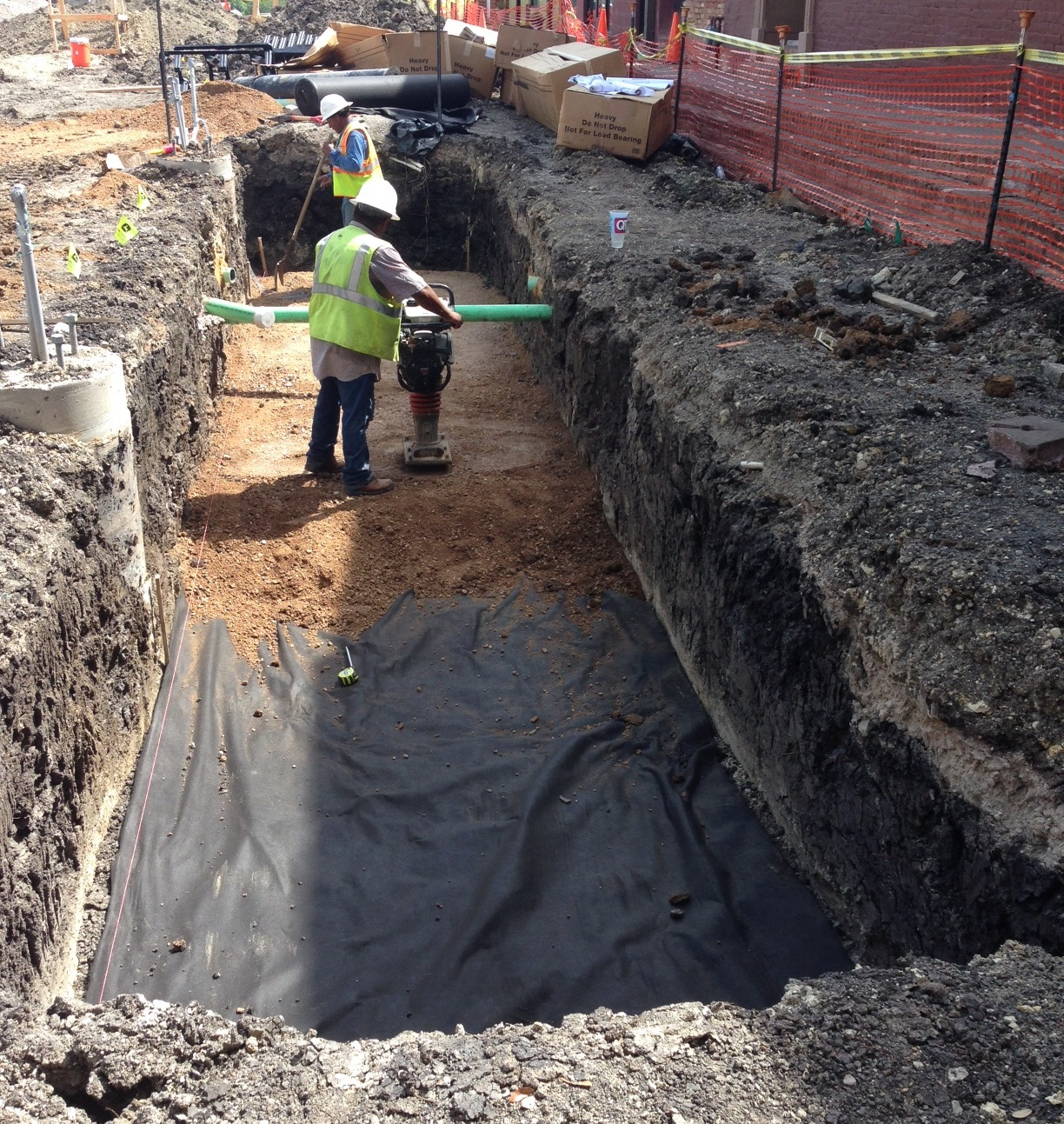 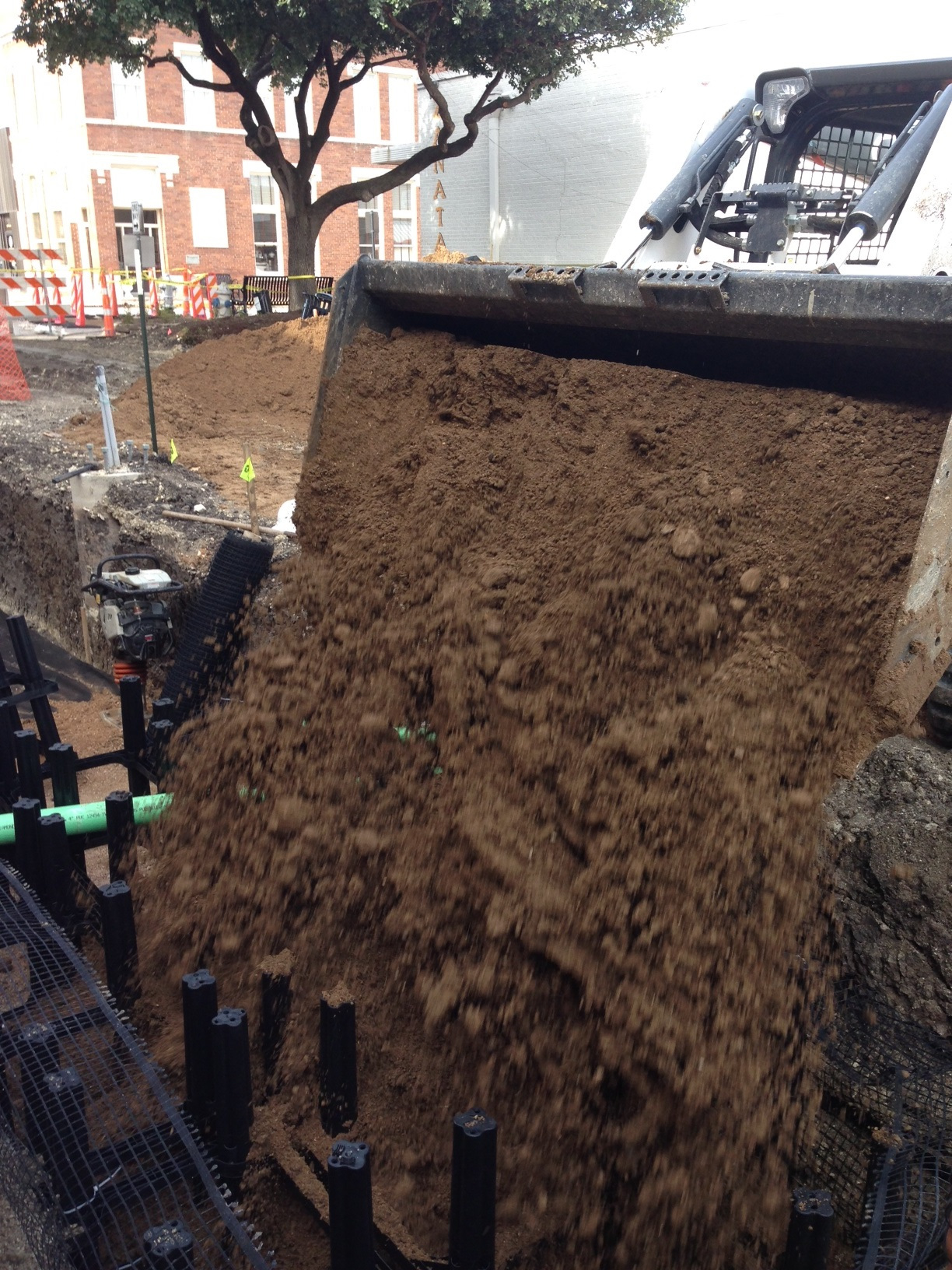 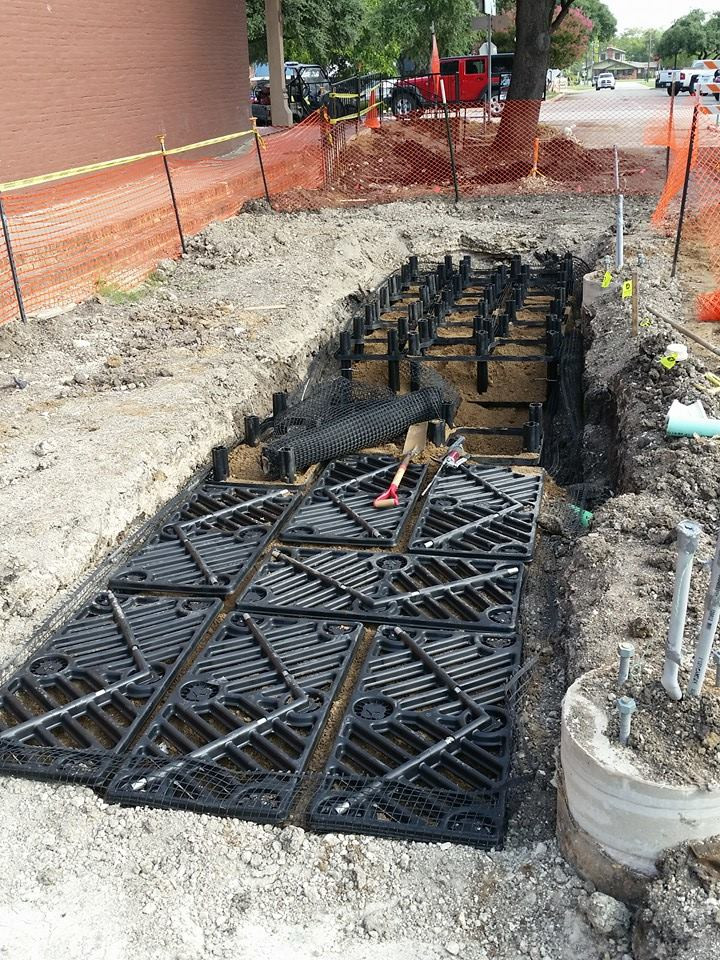 The Silva Cells were able to easily accommodate conduits for nearby light poles and other utilities. In total, 130 decks and 260 frames were used in a double layer system across the plaza. Nine “October Glory” Maple trees were planted along the perimeter of the plaza’s red brick hardscape, and Silva Cells were used beneath the surface in an 8’ wide, 6’ deep, and 150’ long trench to provide more than 370 cubic feet of uncompacted soil to each tree.

The space succeeds in preserving the area’s history and classic appeal while creating an inviting, public facing space that has bolstered business in downtown Rockwall and will accommodate visitors and locals for years to come.

Previous Article Urban Design is Affecting Our Brains
Next Article Shades of Green: The Hidden Carbon Cost of Tree Planting and Care