The other day, I passed a dead street tree in San Francisco Not an uncommon occurrence unfortunately, but this tree had once been on TV.

The tree, a Paradox walnut, had been planted along with a second tree next to it as part of an art/science project called OneTrees designed by Natalie Jeremijenko. Jeremijenko cloned one thousand Paradox walnuts and exhibited the young clones at the Yerba Buena Center for the Arts in the winter of 1998-1999. Some were later shown at the Exploratorium in 2001. The purpose was to demonstrate that genetically identical beings show differences in appearance and habit even early in life. 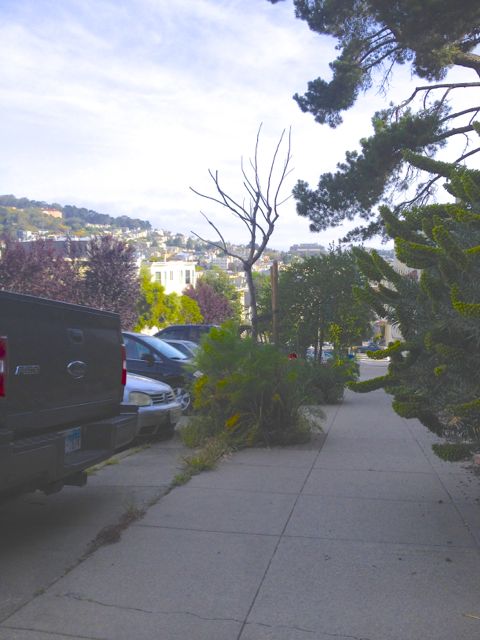 In 2003 Jeremijenko planted several of the clones in pairs around the Bay Area. As the cloned trees developed, they would continue to grow much differently due to their growing conditions and level of care, despite their identical genetics. This is not a new concept – most nursery-grown trees are clones – but it is an interesting idea to draw attention to.

The Paradox walnut hybrid, developed by Luther Burbank, is mainly used as a rootstock for other walnut trees. The parents are English walnut (Juglans regia) and California walnut (Juglans hindsii). Paradox grows vigorously and can reach a height of 60 feet and a trunk diameter of 2 feet in 16 years, but produces few or no walnuts. Jeremijenko chose Paradox walnut for her project because a non-fruiting tree would be better for urban environments, although the ultimate size of the tree does limit its planting locations.

According to the project website, there were 8 pairs planted in San Francisco, 5 in Palo Alto, and one pair each in Montara, Pacifica and Livermore. 2 pairs in the Castro and Marina neighborhoods of San Francisco were planted on camera for a public television series called Spark. I was working for Friends of the Urban Forest at the time and assisted with those plantings. When I saw that the Castro pair was kaput – one dead and one missing – I wondered how the other San Francisco trees were faring.

It’s not so easy to find the trees. The OneTrees website does not have one comprehensive list of addresses; the addresses themselves range from incomplete to inaccurate. The tiny pictures give no additional clues. Once at the physical location, there is no signage to indicate the project. You just have to know what you’re looking for. On a survey conducted in May 2014, I found living trees at the following locations: 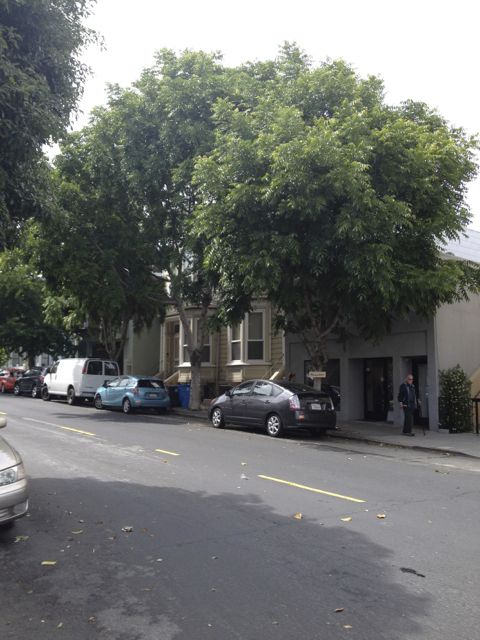 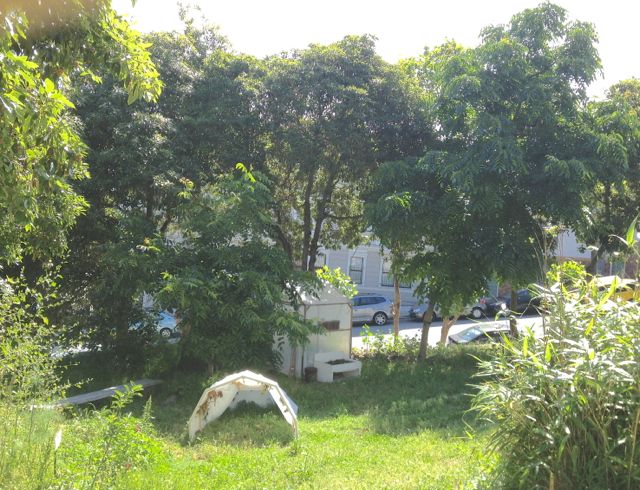 Above the corner of Francisco and Jones (SF Art Institute property) 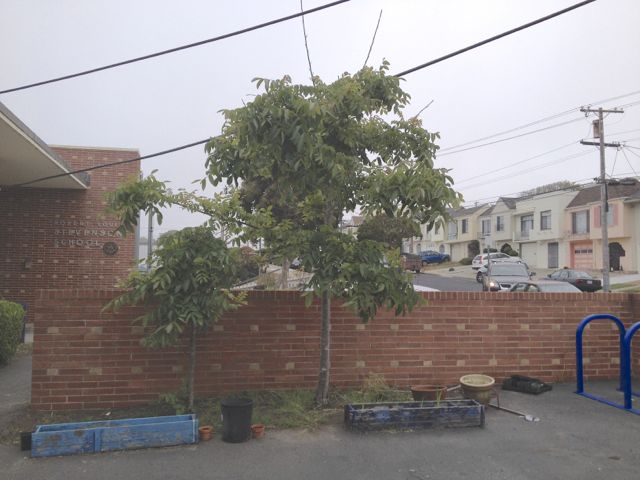 2051 34th Avenue, about a mile from the Pacific Ocean, San Francisco 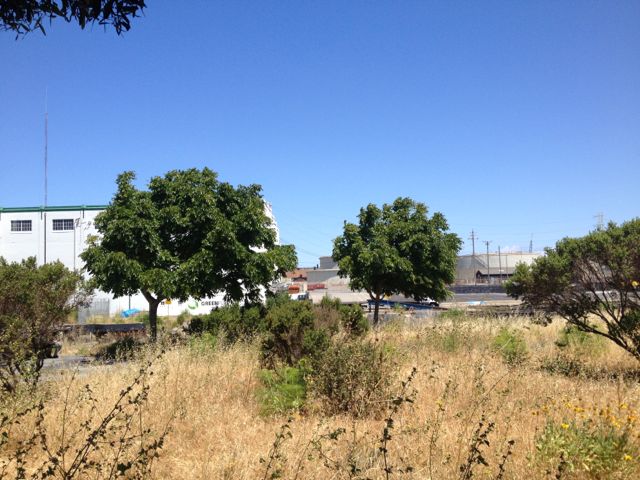 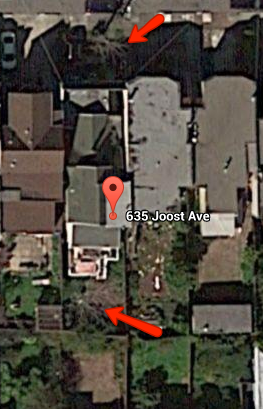 Google overhead of 635 Joost Ave in SF shows identical dormant trees in front and back-walnuts are deciduous. Only the one in front was visible May 2014.

No trees found in Bernal Heights, the Castro or the Marina. (The latter two locations had been planted on camera in 2003).

Michael Hawkins and Natalia Schoorlfrom Canopy, an urban forestry nonprofit in Palo Alto, conducted their own research and found 2 healthy trees at 4 out of the 5 parks planted in 2003: Greer Park, Mitchell Park, Briones Park, and the Municipal Service Center on East Bayshore. No trees found at Rinconada Park. 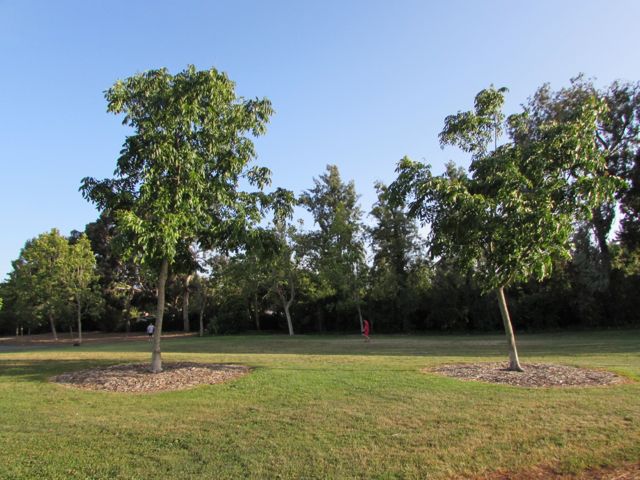 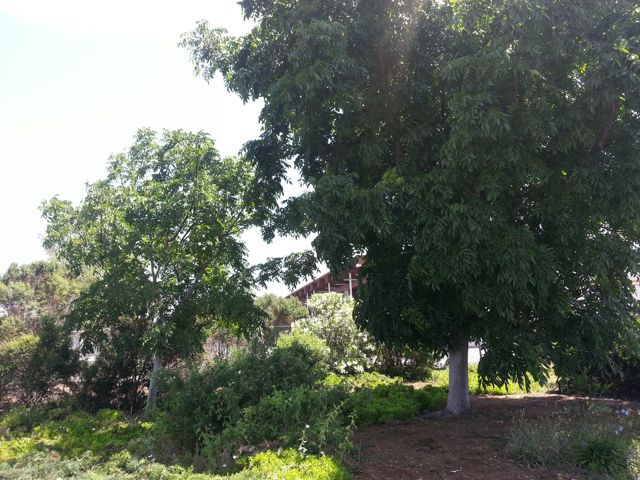 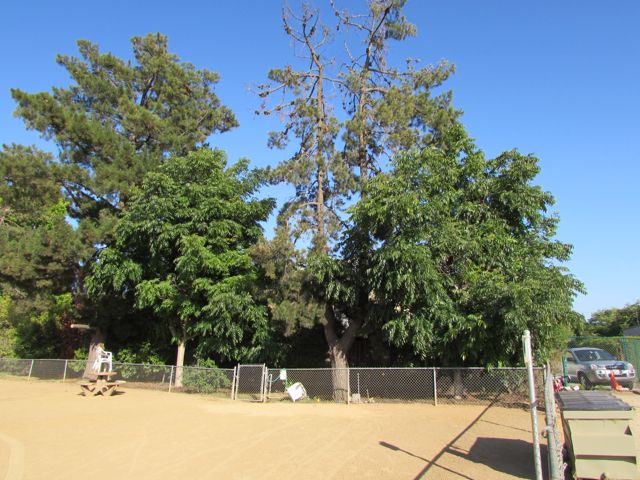 So out of 13 planting sites in San Francisco and Palo Alto, we have living trees still at 9 of them. But does anyone care? There seems to have been no activity on the project website since 2004. The digital landscape and the trees have a forgotten feeling about them. Even those with interest in the project will have trouble organizing a self-guided tour without a lot of time and patience.

We are left with the question: if a tree lives or dies in the urban forest, and no one notices, does it make a statement? A question only humans can consider; the tree merely goes about its business of living or dying. Perhaps that, ultimately, is statement enough.

Thanks to Michael and Natalia from Canopy and to Brian Tsai from Friends of the Urban Forest for their assistance.