Nursery Trees Are Not All Created Equal 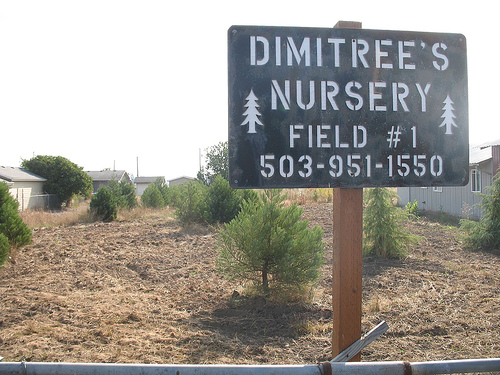 According to a recent article from Mark Kivner with the BBC, the first scientific study to examine what is commonly known as the nursery effect — that is, identical trees developing differently based on their growing conditions — has been published in the Proceedings of the National Academy of Sciences. Let the “trees don’t forget their roots” jokes begin!

(We’re hardly immune to tree humor on this blog, so I say that with love.)

The study explored the question of whether the nursery effect really exists by testing the drought response of three widely cloned varieties of poplar tree from regions throughout Canada with variable climates and environments. One clone had been propagated since the early 1900s, a second since 1946, and the last since 1986.

Interestingly, the youngest clones did respond identically to the drought conditions, even though they were sourced from different nurseries. The older clones, however, diverged significantly in their responses, with the oldest clones differing the most. Professor Malcolm Campbell with the University of Toronto (and a co-author of the study) noted that “the findings suggested that time played a key part in how plants responded to changes in their environment” and that this finding is consistent with similar studies that have been done examining the genetic responses over time of identical twins raised separately.

Anyone who works with trees or other plants can tell you that nursery stock can vary dramatically, and Campbell’s study pointedly indicates how long-lasting these choices can be for site design and the tree’s lifelong performance. So what is there to do about this issue? We can think of at least two places to start:

1) Work with reputable nurseries
2) Inspect trees prior to purchasing and planting to eliminate common problems such as co-dominant leaders, weak branch attachments, circling roots, and more.

While there are many factors that can affect a tree’s health over the long-term, James Urban, FASLA, recommends “Florida Grades and Standards” as an excellent starting point for guiding the selection of the heartiest trees for your site. This will set them up for success for the outset.

That’s today’s solution, anyway. Professor Campbell is looking further ahead then that, wondering whether we “might be able to find the means in which to create conditions that will train the genome so then it will be better suited for whatever environmental conditions are further down the line.”