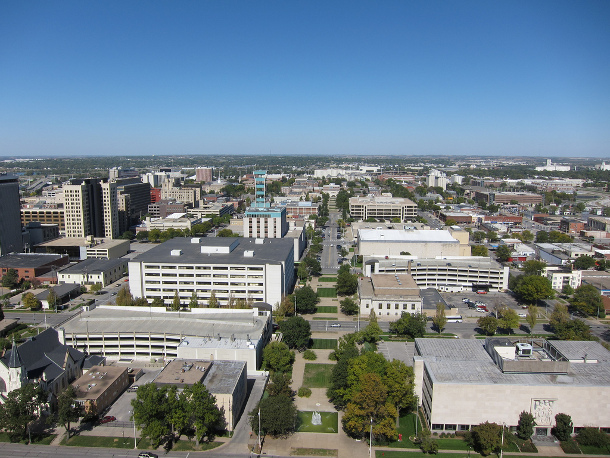 A trees-and-stormwater Silva Cell installation is set to take place in Lincoln, NE in July that will provide over 400 cubic feet of soil per tree to 12 trees in a parking lot. This will actually be our fourth installation in this city of just over 260,000 people. Here’s a bit about our other projects in Lincoln.

Just earlier this month, Silva Cells containing a bioretention soil mix were installed around three trees in a plaza outside the new Pinnacle Bank Arena (formerly Lincoln Haymarket Arena). They are providing over 700 cubic feet of soil to each tree! This project was designed by The Clark Enersen Partners and installed by Campbell’s Nursery and Garden Center. 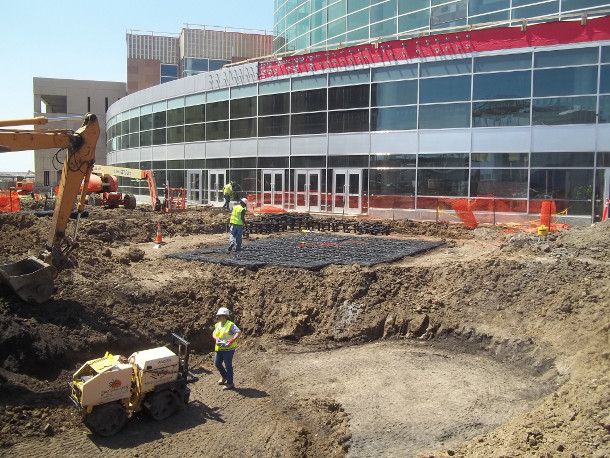 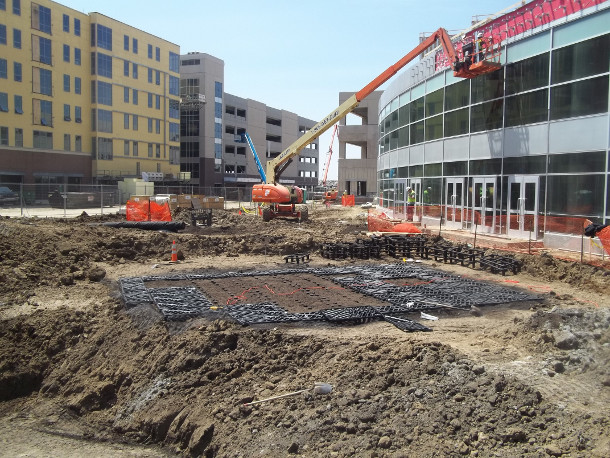 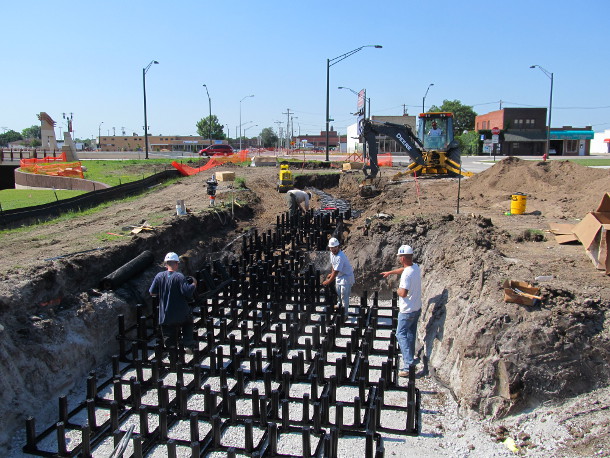 Silva Cells being installed at Union Plaza in Lincoln, NE.

The plaza area is where the Silva Cells are located – a bioretention soil was used so that the cells would be able to manage stormwater on-site in addition to growing large trees. The Clark Enersen Partners. Here’s a video of JJ Yost, of Lincoln Parks and Recreation, discussing the installation of Silva Cells at Union Plaza:

Centennial Mall, also installed in summer 2012, is part of an ongoing $3 million project to make improvements to this historic site which serves as “Nebraska’s front door to the State Capitol.” It also serves as the entrance to the University of Nebraska, which is connected to the Capitol by the mall. The mall was built in 1967 to celebrate the 100th birthday of Nebraska, and runs for seven blocks. 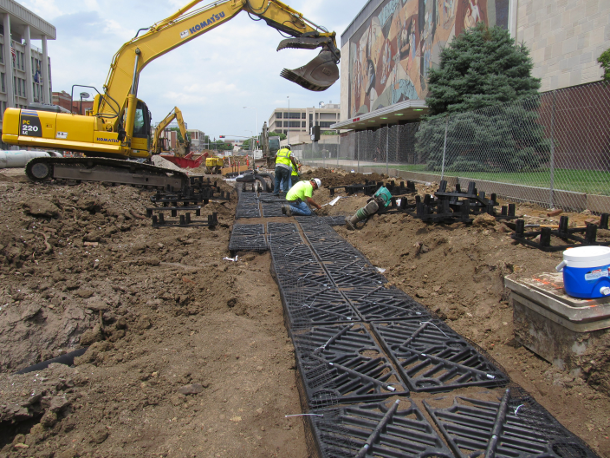 Silva Cells being installed along Centennial Mall in Lincoln, NE.

As part of the improvement projects, Silva Cells were installed around 51 of the trees along the mall. Like at Union Plaza, a bioretention soil mix was used, and the trees are each receiving over 400 cubic feet of soil (shared). This project was designed by The Clark Enersen Partners and installed by Sampson Construction.

All of today’s projects are ownded by the City of Lincoln, NE. We’ll post pictures of our unnamed fourth Lincoln, NE project as soon as it’s in the ground. Stay tuned.