Defoliation Leads to Refoliation: What it Means to Trees 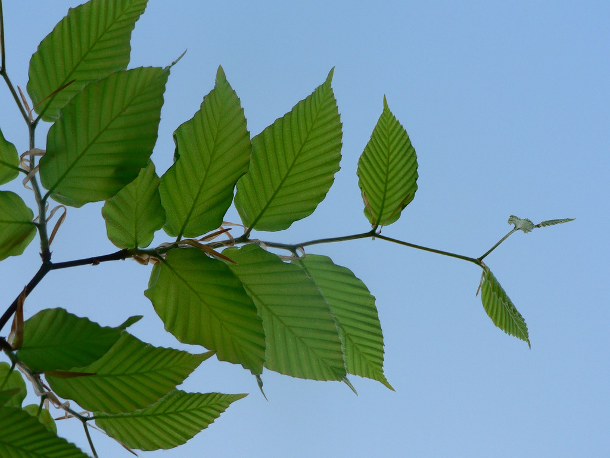 Today’s post is by Alison O’Connor, Horticulture Agent with Colorado State University Extension in Larimer County. It originally appeared on her blog, Co-Horts, and is reprinted here with her permission. Thanks, Alison! -LM

Unless you’ve been vacationing in southern France for the past few weeks, you know that Colorado has had an interesting spring. I’m on a listserv that includes people from every facet of the Green Industry and there is a lot of chatter about various subjects, but talk lately is about our trees. Contributor Dan Staley said it best, “We’ll look back and sigh…’Oh yes, 2013…’”

Our trees have had a tough few months.  Heck, you could argue that their entire lives have been difficult—they are growing in Colorado after all. But this spring has been a doozy.  The hottest summer on record (2012) was followed by a cold, windy, dry winter and then a wet spring and hard freezes through early May. It’s a wonder our trees have leaves and that the lilacs have bloomed. But if you stop and think about it—trees are pretty incredible.  They stand the test of time.

If you’ve looked closely at our ash trees, you may notice that they look a little different this year. At least in the Fort Collins area, most of the terminal buds were killed by frost, so the tree pushed leaves at the side buds (adventitious buds). In some species, entire trees may have had to re-leaf—some more successfully than others. So how does the tree do this?  Does it hurt the tree? What can we expect next year? 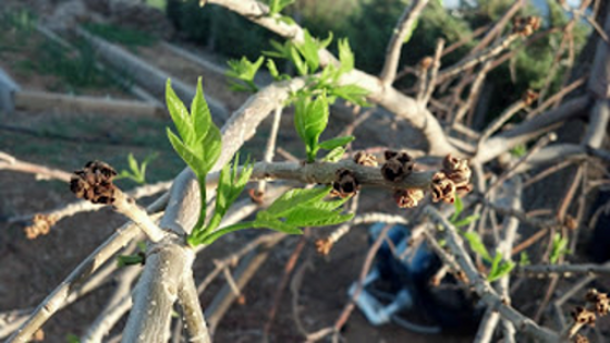 The act of refoliation, whether from spring frosts or insect damage, is a part of the tree’s genetic make-up. If the tree doesn’t leaf, it cannot photosynthesize and produce food for the tree…so the tree will do everything it can to push new leaves. Repeated defoliations and stress can lead to depletion of storage reserves and eventually the tree just gives up.  All those dead trees in landscapes are probably not just because of this winter—it’s a cumulative effect (this year’s winter/spring, 2012’s hottest summer on record…and so on).

Fortunately, trees are great at storing energy and food from previous years. If the tree is healthy, then having to re-leaf once will use up some reserves, but the tree should “grow through” the damage. The adventitious buds formed tend to mask the damage and the tree looks normal. But this all depends on several conditions the tree faces: severity (number of buds and/or leaves lost), frequency (how often this happens), timing (when did the injury occur), weather and other cultural conditions, tree vigor and secondary organisms that can move in and attack when a tree is stressed

Studies have shown (Wargo et al., 1972; Heichel and Turner, 1976) that trees can lose up to 50% of their leaves in one season and not be adversely affected. That’s good news!  BUT, if refoliation must occur that same year, the tree’s physiology is altered significantly (Wargo et al., 1972; Wargo, 1972); the tree uses food reserves to maintain living tissues until new leaves can be formed. So, the fact that our trees lost buds (and subsequently, leaves) early in the season and had to push new leaves is not a good thing. If a tree loses leaves from insects or disease in August, this is less stressful to the tree, since it worked all summer to build food reserves. It also depends on the time of year—producing new leaves and buds in late spring or early summer is stressful, since days are hotter and it tends to be drier.

Campbell and Valentine (1972) found that even the healthiest tree that has repeat defoliations for two or three seasons in succession can die. A tree that defoliates and refoliates in the same season will have reduced food reserves, and its leaves will produce less chlorophyll and be nutrient deficient. If defoliation doesn’t kill the entire tree, crown and branch dieback can occur (which we can attest to) and tree vigor declines. A healthy tree can turn into a dying tree within a couple growing seasons. 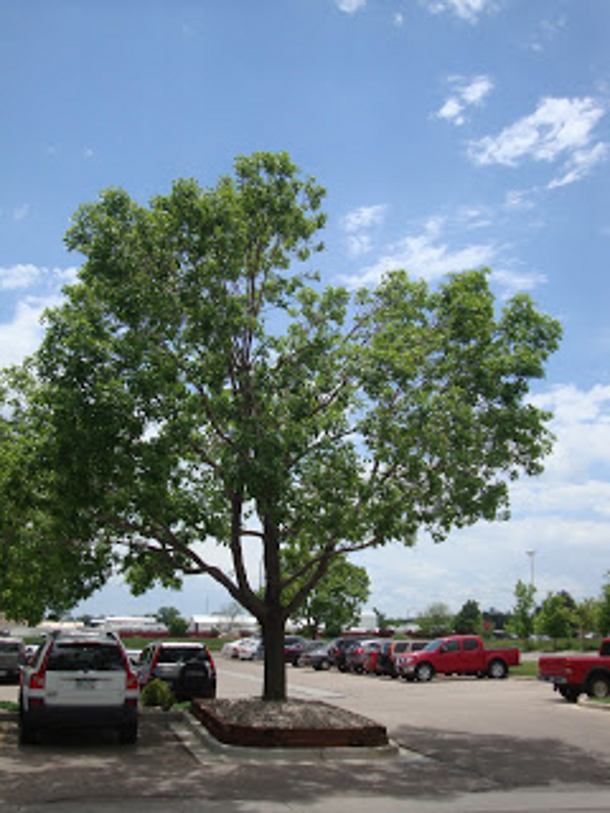 While this ash doesn’t look too bad, a few years ago, 12″ of rock was dumped on its roots. It’s been declining over time and will likely eventually become mulch.

There are other effects of a severe spring defoliation to consider. We may see less leaf tissue—either a reduction in total canopy or smaller leaves. Trees know what they can “spare” in food reserves and may produce smaller leaves as a result. We may also continue to see branch dieback. If terminal twigs (or buds) die, then lateral buds grow and the tree takes on a new shape. Trees may also be slow to respond to trunk or branch injury, even from proper pruning; wounds may stay open longer, and be more susceptible to insect, disease and decay. Also, don’t forget about the roots. “Feeder” roots (those less than 2 mm in diameter) may die, because fewer leaves in the canopy means less energy/food for the roots. But fewer, less healthy roots means that there may be less water and nutrient uptake, affecting leaf production.

Fortunately for us (I try to stay positive), the earlier the defoliation or damage occurs in the season means the trees have a longer time to recover. But this means that regular water and TLC becomes even more important. Focus on proper watering. As trees push new growth, water is imperative. Adequate water promotes proper leaf development—larger leaves produce more food. Try to avoid fertilizing during the growing season and fertilize only if necessary in the fall. Fertilizing trees will not “correct” or “save” stressed trees. Carefully monitor trees for signs of secondary organisms, like insects and disease.

Finally, realize that this too shall pass. Yes, we may have to replant some trees, but this is a great way to diversify our urban forest. Maybe try planting something atypical…my ginkgo is thriving!