Creative Placemaking: Using the Arts as a Tool for Community Development

Public parks share dynamic relationships with the communities they serve. The way we design parks can either promote or hinder their diversity of use, exclude or empower neighborhoods, resemble anywhere or reflect the history and collective values of the place. To create parks that enable residents to feel more connected to place, community development project leaders are choosing to partner with artists, designers, and cultural organizations. Termed creative placemaking, this type of community-based art-making process has proven an effective tool in advancing a project’s goals, helping animate spaces, and bringing together communities. Creative placemaking also empowers communities – especially those most vulnerable – and gives them a voice to help shape their neighborhood parks.

To promote the use of creative placemaking in parks and open spaces, The Trust for Public Land and the City Parks Alliance recently released The Field Guide for Creative Placemaking and Parks. Funded in partnership with the National Endowment for the Arts, the guide introduces the idea of creative placemaking to parks professionals and advocates who work to create and sustain parks in their community. Mathew Clarke, Director of Creative Placemaking at The Trust for Public Land said in a statement: “The Field Guide will play an important role in ensuring that not only do Americans have access to parks but that those parks reflect the culture of their communities.” The Field Guide acts as a “how-to” guide for implementing creative placemaking projects and showcases eleven case studies that highlight a diversity of approaches and outcomes. 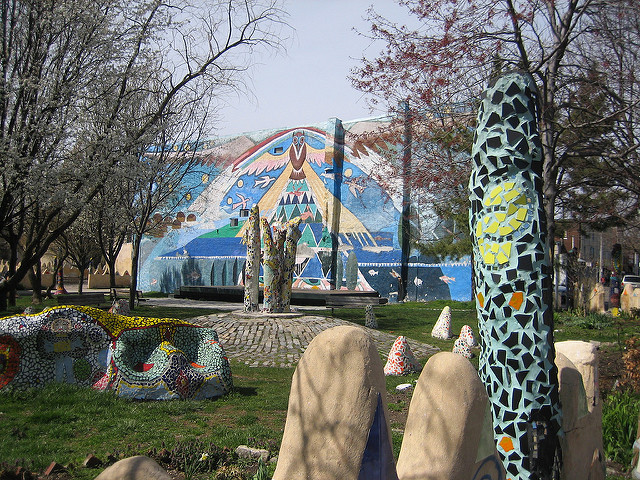 Village of Arts and Humanities in Philadelphia

Covering topics varying from how to engage the community and find partners to how to fund a project and implement a vision, the Field Guide is a go-to resource for creative placemaking projects. Focusing particularly on park-based projects, the publication defines creative placemaking as “a cooperative, community-based process using arts and cultural expression to create or rejuvenate parks and open spaces, thus deepening a sense of place and inspiring community pride.” By leveraging the power of arts and culture, The Trust for Public Land believes we can lift up communities around the country with the creation of parks that encourage social connections within and between communities.

The Field Guide showcases how creative placemaking makes for better parks and stronger communities by demonstrating its ability to advance arts and culturally-based approaches to all phases of park making. One of the larger case studies outlined in the Field Guide, Rose Kennedy Greenway, provided Boston with the opportunity to reinvent itself as a world class hub of innovation. When the city decided to bury an elevated highway that bisected downtown, they were able to build a signature park on top of the new tunnel. More than a mile long and 17-acres in size, the linear park weaves through downtown, adjoining a diverse mix of neighborhoods. To build a sense of civic ownership for the park and connect this new space with the communities that surround it, the Greenway Conservancy created a public art strategy. As part of the five year process, the Conservancy installed rotating exhibits of contemporary public art intended to engage people in meaningful experiences, interactions, and dialogues with art and each other. The use of temporary art and installation allowed for experimentation and risk taking and provided the opportunity to explore what resonated most with the community. 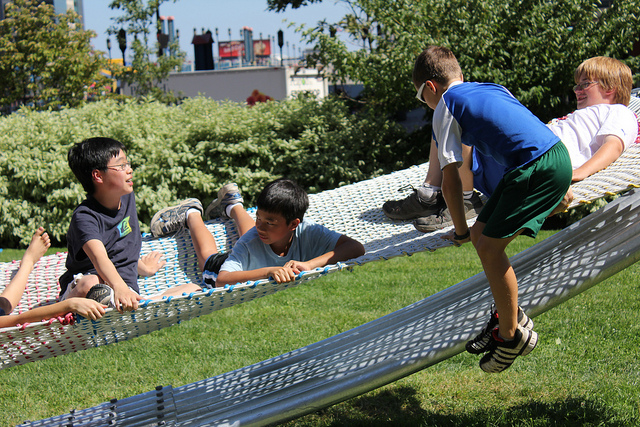 Another case study, Underpass Park in Toronto, reimagines an often underutilized space – a highway underpass – into a community asset. A previously dangerous space that served as a barrier between the north and south sections of the community, Underpass Park was designed to enliven this dark, concrete area. Creating opportunities for play, the park features basketball courts, innovative children’s play equipment, and a skate park. Community-curated public art, including work by sculpture and graffiti artists, was integrated to add character to the formerly infrastructural space and to convey a sense of identity from people in the surrounding neighborhoods. This project used creative placemaking to bring space back to the community. It now serves not only as a safe and beautiful community connection but also as a recreational destination for the city. 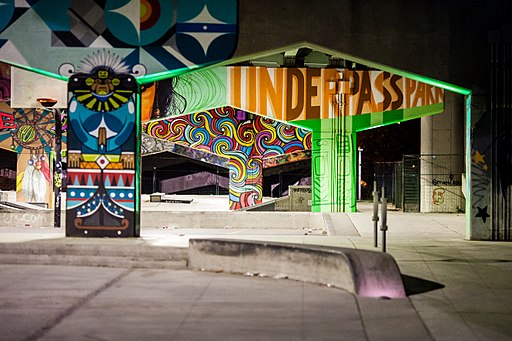 The Trust for Public Land and the City Parks Alliance jointly see creative placemaking as integral to the delivery of effective parks and open spaces which will ensure healthy, livable communities. By using art as a form of investment in place, creative placemaking can strengthen communities by helping revitalize local economies, providing rich engagement for youth, advancing educational outcomes, creating spaces and places where people want to be, facilitating authentic engagement in community planning, reimagining uses for vacant properties, and improving the quality of life for existing residents.