Where Has All The Soil Gone?

Q: What does it mean to say we are losing soil? Where does it go?

A: You may hear the phrase: “We are losing our soil.” Sounds serious…but how do we lose soil? Where does it go? Soil erosion is the movement of soil by wind or water, and it’s through erosion that soil is “lost.” If it is an organic soil, we also lose it by subsidence which happens when an organic soil is drained and its organic matter decomposes. 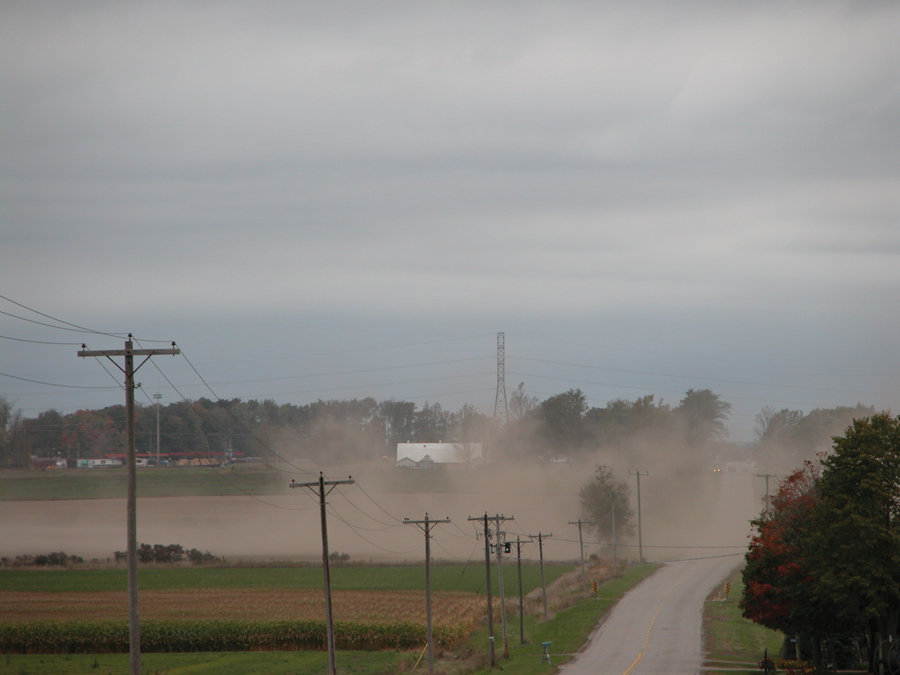 An example of wind erosion of soil. Photo courtesy of Albion College Education Blogs, via Albion.edu

We lose about 1.7 billion tons of soil per year from just our cropland. That is a lot, but it’s better than it used to be. Over the past 25 years we have reduced soil erosion by over 40%, mainly by conservation practices such as conservation tillage, terracing, cover crops, and grass waterways. It can take roughly 500 to 1000 years to form one inch of soil, depending on the climate and the material from which soil forms.

With that in mind it is not hard to see that soil is a non-renewable resource and worth protecting. Since the soil is the source of water and nutrients for plants as well as a bioreactor to purify and filter water, it is crucial to our quality of life.

Where does the soil end up? It might end up at the bottom of a hill, or it might end up in a river or stream or in the ocean, or it might end up in a reservoir. If the soil ends up in reservoir, it limits the space for water and has to be removed by a very expensive process called dredging. If the soil dries out while it is unprotected, then wind can pick it up and move it downwind.Soil erosion occurs when the soil is not protected from the elements. Remove the plants and mulch from mineral soil and things start to happen. Raindrops can break apart the soil making it easier to move it by wind and water (Figures 1 and 2). The water’s ability to enter the soil is reduced and more water now can flow over the top of the soil. Unfortunately, water is powerful and can carry away soil particles if it flows overland. Since water flows downhill, that’s where the soil goes once water erosion begins. 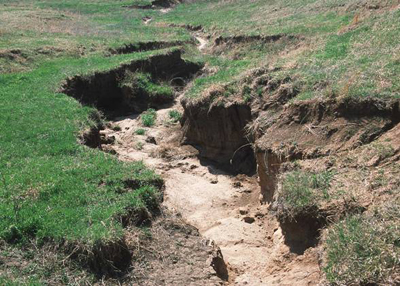 A soil that has been eroded by water. Photo: Natural Resources Conservation Service 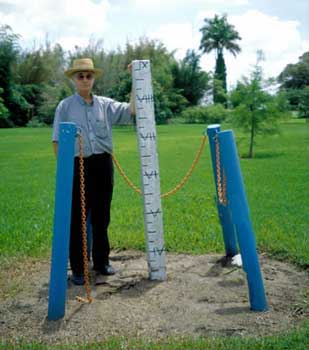 In 1924, this 9-foot concrete post was driven to bedrock at the Everglades Research and Education Center in Florida. This recent photo shows that about 69 inches of soil subsidence has occurred since then.

Organic soils can be drained. When drained, they decompose and this is called subsidence. In the Everglades area of Florida where soils have been drained for agriculture, organic soils have lost as much as five feet or more of their organic matter (Figure 3). Organic soils are preserved by not draining them. Letting them stay saturated with water allows them to continue to build over time.

Soil erosion is expensive. It costs the United States about $44 billion per year. Preventing erosion means taking care of the soil. That means protecting it with mulch and plants, not plowing on steep slopes, and maximizing the amount of water that enters the soil while minimizing the water that runs over the soil.