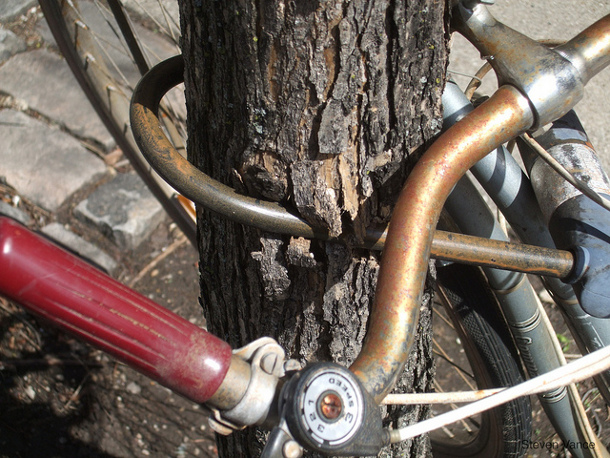 People accustomed to observing trees, especially in urban areas, find no shortage of dismaying situations to gnash their teeth over. Trees in too-small plots, buried root balls, broken and vandalized branches, poor stock, and unnecessary pruning are just a few of them. Most of these are situations that ordinary citizens can’t do anything about. But there are a few where we can influence the outcome to the tree.Improving the fates of those trees is the mission of the Treedom Project.

Chains, bikes, locks, and other items are routinely tied to trees and then forgotten about. Probably everyone has seen some version of this in their city or town. I happen to have a tree in almost this exact situation around the corner from my house:

The Treedom Project was started by Brooklyn resident Rob Birdsong, who grew tired of seeing a Japanese Zelkova slowly being girdled by a rusty chain that had been left locked around its trunk and forgotten. He decided to borrow some clippers from a local hardware store and remove the chain – a simple, free act that will profoundly affect the life of the tree. From there, the project expanded in to a plan to remove the chains, literally, from more and more street trees in New York City. The Treedom Project folks helpfully added signs to the condemned chains and bikes that they saw and intended to remove, providing their owners an opportunity to reclaim them first. 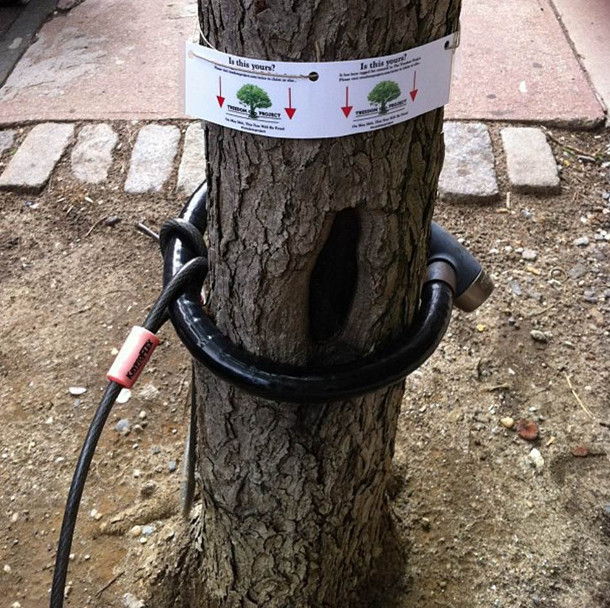 According to their website, the Treedom folks are erring on the side of caution before cutting or discarding anything that might still belong to someone. Their focus is removing chains and locks that are abandoned and/or pose an immediate threat to the tree. I have never cut a chain or lock off of a tree, but I do see a lot of trees around San Francisco that have been taped to posts, which drives me crazy. Those I will liberate, usually just by slicing the tape off with my keys. 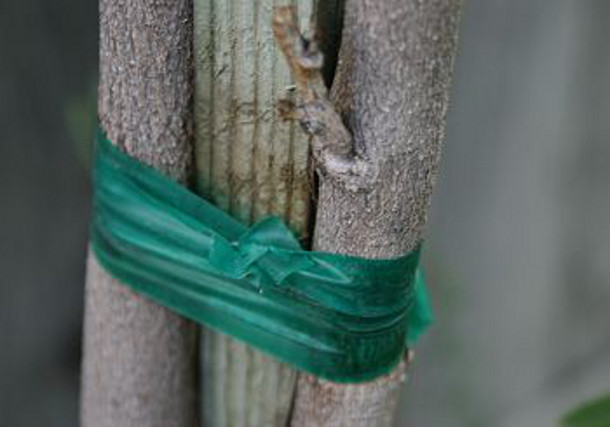 The Treedom Project’s first goal was to liberate 50 trees from their chains on May 26th. They made it to 27, which is still great. And the project is ongoing! If you’re in New York City and you see a tree being girdled by an abandoned lock or other object, contact the Treedom people at treedomproject at gmail dot com or on Twitter, @TreedomProject.