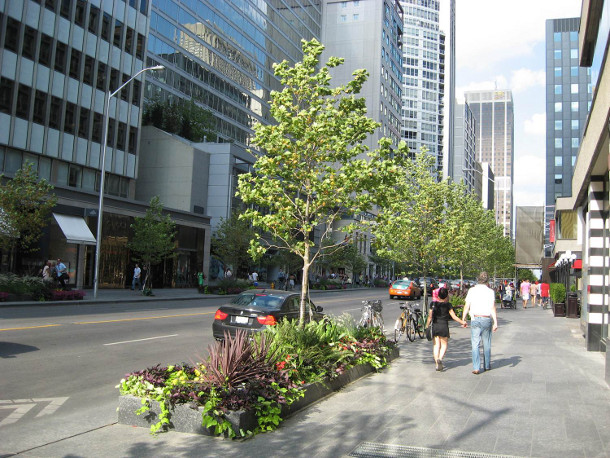 Trees planted in Silva Cells along Bloor Street in 2012

Toronto has one of the most ambitious urban forestry plans in North America. In addition to setting minimum soil volumes for street trees of 30 cubic meters (1,059 cubic feet) per tree, they have set a goal of increasing their overall tree canopy from 17 percent to 40 percent. In 2007, the Bloor-Yorkville Business Improvement Association and the City of Toronto formed a partnership to transform and revitalize a six block stretch of Bloor Street, an upscale commercial corridor in the heart of Toronto, between Church Street and Avenue Road, that will help contribute to these impressive goals.

The unifying design element of this stretch of Bloor is the 138 new London plane trees, each of which is planted in 30 cubic meters (1,059 cubic feet) of soil to ensure that they grow large and stay healthy. Instead of just replacing the former boulevards with newer concrete curbs and sidewalks, Peter Clewes of Architects Alliance, Peter Simon with the City of Toronto, and James Urban, FASLA, an expert in urban trees and soil, worked to create a design that would increase the street trees and the amount of soil they receive using Silva Cells.

The soil within the Silva Cells is lightly compacted, meaning that it retains pockets of air and water that are essential to healthy root growth and has adequate amounts of room for roots to spread. The new street design also included wider sidewalks, granite instead of concrete pathway paving, and seasonal flower beds.

Slot drains capture rainwater that falls on the sidewalk and directs it in to small catch basins that remote floatables and large debris. The water then enters a perforated pipe that extends throughout the Silva Cell system, irrigating the soil volume underneath the sidewalks. 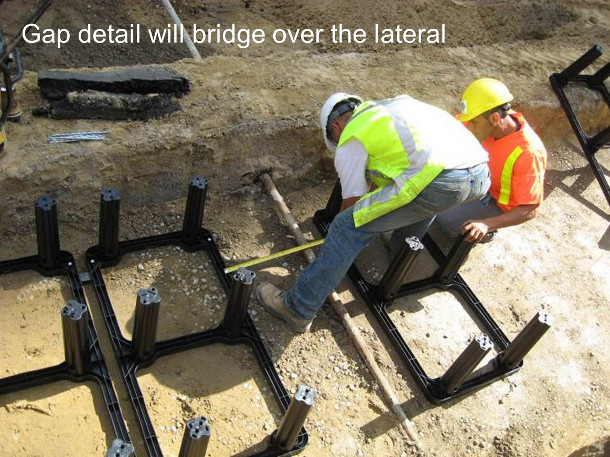 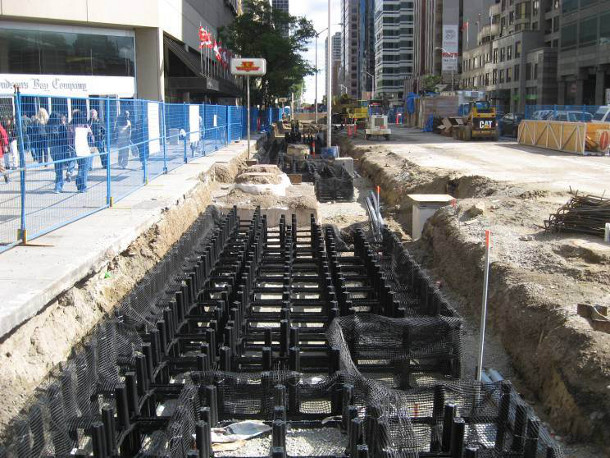 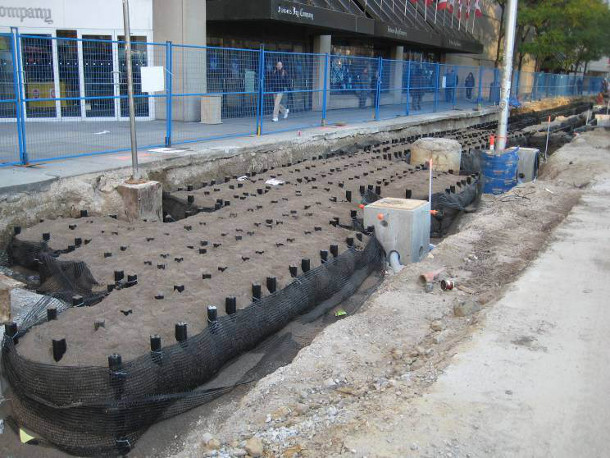 In addition to providing the required amounts of soil and using captured rainwater to irrigate the trees, the Silva Cells also satisfied all of the loading requirements of the city’s engineers. Existing and new utilities were both integrated in to the system during the construction process.

The entire six block project took two and a half years and was implemented in two phases: first was Church Street to Yonge Street, and then Yonge to Avenue Road. The project was completed in 2010. According to the Business Improvement Association of Bloor-Yorkville, “Architects Alliance has made the already popular shopping district a world-class and welcoming place to see and be seen… The result is an inviting, vibrant commercial street that is pedestrian-friendly and provides a stimulating oasis for those who live, work and shop in the area.”

In addition to Bloor Street, Silva Cells have been used in several other projects in the Toronto area, including Sugar Beach, Sherbourne Park, Pan Am Games Athletes Village – West Don Lands, Frank Stollery Park, 120 Lonsdale, the Queensway, and Sun City Plaza. There are also several Silva Cell projects in the greater Toronto area, with sites in Mississauga, Pickering, and Guelph.