Tree species diversity is a critical element of ecology sustainability, the most urgent of which is to minimize the impact of pests and disease outbreaks on urban canopy cover.

Anyone who has followed the introduction of Dutch Elm disease (DED) is already painfully aware of how devastating tree pest outbreaks can be. Where I live, in Minneapolis, MN, Dutch Elm disease dramatically impacted canopy cover in the 1970’s and 80’s. Prior to DED, Minneapolis was estimated to have between 200,000 and 600,000 Elms; there are now about 35,000 (that’s just 5 to 17 percent of the original population).The infestation left streets decimated. The cost of the outbreak wasn’t just the destruction of a nice, leafy view, either. Tree and stump removal, trimming, insect and disease control, inspection, and replanting as a result of DED amounted to $8 million in 1978 in Minneapolis alone, and more than $5 million dollars annually for the next nine years.

The single “benefit” of planting a monoculture – those “clean and simple” lines beloved by so many landscape architects that leave me cold – can never outweigh the costs.

Too Much of a Good Thing

Because they are very tough and can grow in difficult conditions, most U.S. cities spent the last 70 years planting American Elms and American Green Ash and unintentionally testing the notion that they are the optimal urban tree types. Two small insects, each less than .25” long – the Elm Bark Beetle and the Emerald Ash Borer – proved that toughness is not enough to save a monoculture. To date, we have lost over 90 percent of these very tough Elm and Ash city trees, and the canopy cover and ecosystem services of hundreds of communities have been left in shreds. If we plant only one type of tree in one place, hundreds of thousands of times, at some point in the not distant future they will be attacked by a pest or a disease that kills almost all of them. It doesn’t matter how tough the tree is.

A fact of modern development is that most trees planted in U.S. cities in the last 70 years that are not planted in parks, botanic gardens, arboreta, or private gardens have died prematurely. What other field of human endeavor in America has failed so spectacularly? Nuclear propulsion? No, nuclear power has powered U.S. Navy submarines and aircraft carriers for hundreds of millions of miles for the last 60 years (that’s over 5,000 reactor years) without a single incident. By this logic tree planting, which is widely agreed to be easy to do, has a much worse record of success than harnessing nuclear propulsion, which is widely agreed to be hard to do. I find this outrageous.

The High Cost of the Status Quo

As trees provide a wide range of ecological, social, and economic benefits, a sudden and large decrease in tree canopy cover has far reaching effects. One such effect is a dramatic reduction in stormwater volume and water quality benefits, which subsequently impact receiving water bodies. It is therefore not surprising that the 1970’s outbreak of Dutch Elm Disease in Minneapolis correlated with declining water quality in our Chain of Lakes. After canopy cover decreased across 15 square miles of Minneapolis over 20 years following the this outbreak, water quality also significantly declined in Minneapolis’ signature amenity. It took tens of millions of dollars to turn the water quality clock back to 1970, pre-DED. 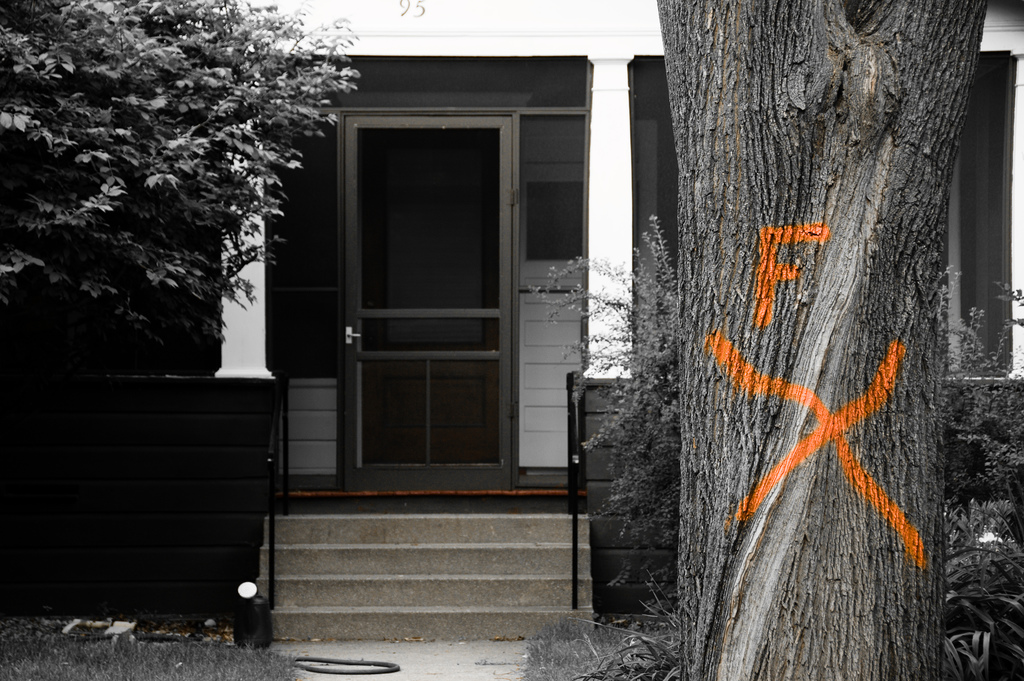 If Minneapolis’ 1970’s urban forest had been more diverse, canopy cover would not have changed as dramatically due to DED. How would the costs that resulted from the water quality decline in Minneapolis’ Chain of Lakes and large scale elm removals compare with the costs of maintaining tree species diversity targets?

Today, we’re asking the same question about Emerald Ash Borer (EAB). How can we protect the Chain of Lakes, Minneapolis’ crown jewel, from future impacts of massive loss of tree canopy? Minneapolis currently has about 240,000 total ash trees: more than 30,000 are planted in streets, approximately 10,000 are planted on park properties, and an estimated 200,000 are planted on private property (Minneapolis Park and Recreation Board, 2014) In the words of the Minneapolis Park and Recreation Board, “Whether on public or private land, all ash trees are destined for infestation by EAB.” The number of ash trees that will be lost in Minneapolis due to EAB could therefore very likely be as great as the number of elms lost in the 1970’s and 1980’s.

Minneapolis is far from the only city prone to drastic negative environmental and economic impacts from tree pests and diseases. Rauch et al (2006) analyzed tree canopies in 12 cities in Eastern North America and found “an overabundance of Acer and Fraxinus,” both of which are susceptible to Asian longhorned beetle and EAB, respectively. They further report that “The most common genus of street tree was Acer. Maples were found in all cities where they comprised from 15% to 57% of the street trees. The next most common genera were Fraxinus and Quercus… In several of the cities surveyed, more than 50% of the street trees could be lost or require protection if these pest become widespread” (emphasis added). The ecological and financial impacts of these pests are enormous. Potential costs associated with removals of urban ash trees alone in the U.S., for example, are estimated at $20 billion to $60 billion, not including replacement costs (Cappaert et al 2005 in Rauch et al 2006). How far would $20 billion to $60 billion dollars go to increase diversity to reduce such catastrophic tree pest outbreaks? How about an order of magnitude less: $2 to $6 billion?

Where do we go from here?

Urban foresters recommend setting tree diversity targets to minimize the drastic effects of tree pest and disease outbreaks. For example, the “5-10-20” rule recommends a species, genus, family ratio of no more than 5 percent of one species, no more than 10 percent of one genus, and no more than 20 percent of one family for an urban forest. However, not many species can thrive in the limited soil volume provided in a typical urban growing condition, so the level of diversity of healthy urban trees that can realistically be achieved in urban conditions is extremely limited.

The most significant problem urban trees face is the inadequate volume of soil useable for root growth. Research has shown that trees need approximately two cubic feet of soil volume for every one square foot of canopy area (e.g. Lindsey and Bassuk 1991). Most urban trees, confined to a 4’ x 4’ x 4’ tree pit hole, have less than one tenth of the rooting volume they need to grow large. Improving growing conditions in urban areas is essential for enabling a more diverse array of species to thrive in urban conditions. Techniques to provide rootable soil volume under paved surfaces make it possible for underground urban space that is currently used only for utility chases to also be used to grow larger and more diverse trees.

The public urban forest in the U.S. has been broken since 1945, when the advent of new mechanized equipment enabled rapid, severe soil compaction. The solution offered to fix this has always been to increase the number of city trees planted with no regard to changing the planting conditions (also called making the place right for the tree), the soil type, or the tree species being planted. Massive public tree-planting programs designed to address this problem have been repeated over and over again, mostly with massive failures. My point is this: biodiversity not just a shopping list of species. It’s providing adequate soil volume and soil quality so that we can plant a diverse urban forest that is ecologically robust and that can thrive for decades.

This is part two in a series about species diversity in the urban forest.