Prepare for the Next Drought: Plant Trees

Waiting for the Rain

As I write this in California, I am looking out at a sunny winter’s day. While the sunshine is pleasant, it reminds me that winter is our rainy season, and we don’t want too many sunny days this time of year.

In the San Francisco Bay Area where I live, we normally get between 23 and 24 inches per year, and most of it falls roughly between Halloween (October 31) and Tax Day (April 17). The amount and the dates vary throughout California, but most places in the state get the majority of precipitation during specific months.  If fewer inches of rain or snow fall than normal during this time, we run at a water deficit for the rest of the year.  If this happens multiple years in a row, we are in a drought.

Drought cycles have occurred throughout California history, but drought is not only a California problem. In the summer of 2016, the water supply of Ithaca, New York fell to a “critically low” level due to record low rainfall. The region’s famed waterfalls dried up and locals who depended on wells for water bit their nails and showered at the gym.

Drought can happen anywhere, but even in plentiful rain conditions, rising populations increase demand on finite resources. We should always be in conservation mode. There are many ways to conserve water, but one of the most aesthetically pleasing ways is to maintain mature trees. According to a recent study by the University of Utah measuring water use in Los Angeles landscapes, lawns shaded by mature trees require 50% less water than those not shaded by trees. 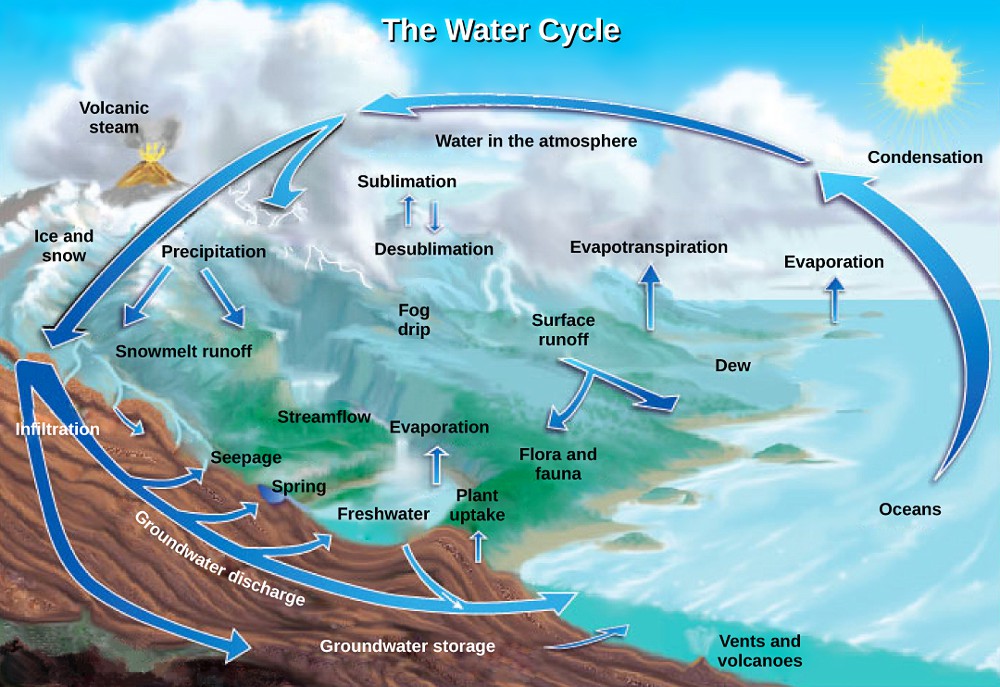 Water enters the atmosphere two ways: by evaporating off surfaces and through transpiration (when plants lose their water through pores in their leaves). Water loss from the landscape through both evaporation and transpiration is known as evapotranspiration (ET). In the study mentioned above, The University of Utah specifically looked at the amount of evapotranspiration across urban landscapes in 2010 in Los Angeles, California.

Diane Pataki,  a co-author of the study, notes in a recent interview that this was the first time ET had been studied in actual urban environments rather than under controlled conditions.  Dr. Pataki explains why:

“…It was hard for us to find places to set up our equipment. In one case, we wanted to measure street trees. That was the hardest thing – trees that are right there on the sidewalk. How are you going to put your sensors there? So we ended up putting our data logger in someone’s apartment and stringing cables from street trees into her apartment, and left these probes in the trees for months…

Lawns are tricky, because with trees we can put probes inside the wood. You can’t do that in grass. The method people usually use is to put sensors in the atmosphere. But to make it work, you need a huge lawn area, much bigger than most urban lawns. So we had to revive a really old method, which is to put a clear chamber over the lawn and measure the change over time. And you have to do it really fast, like in 30 seconds.” 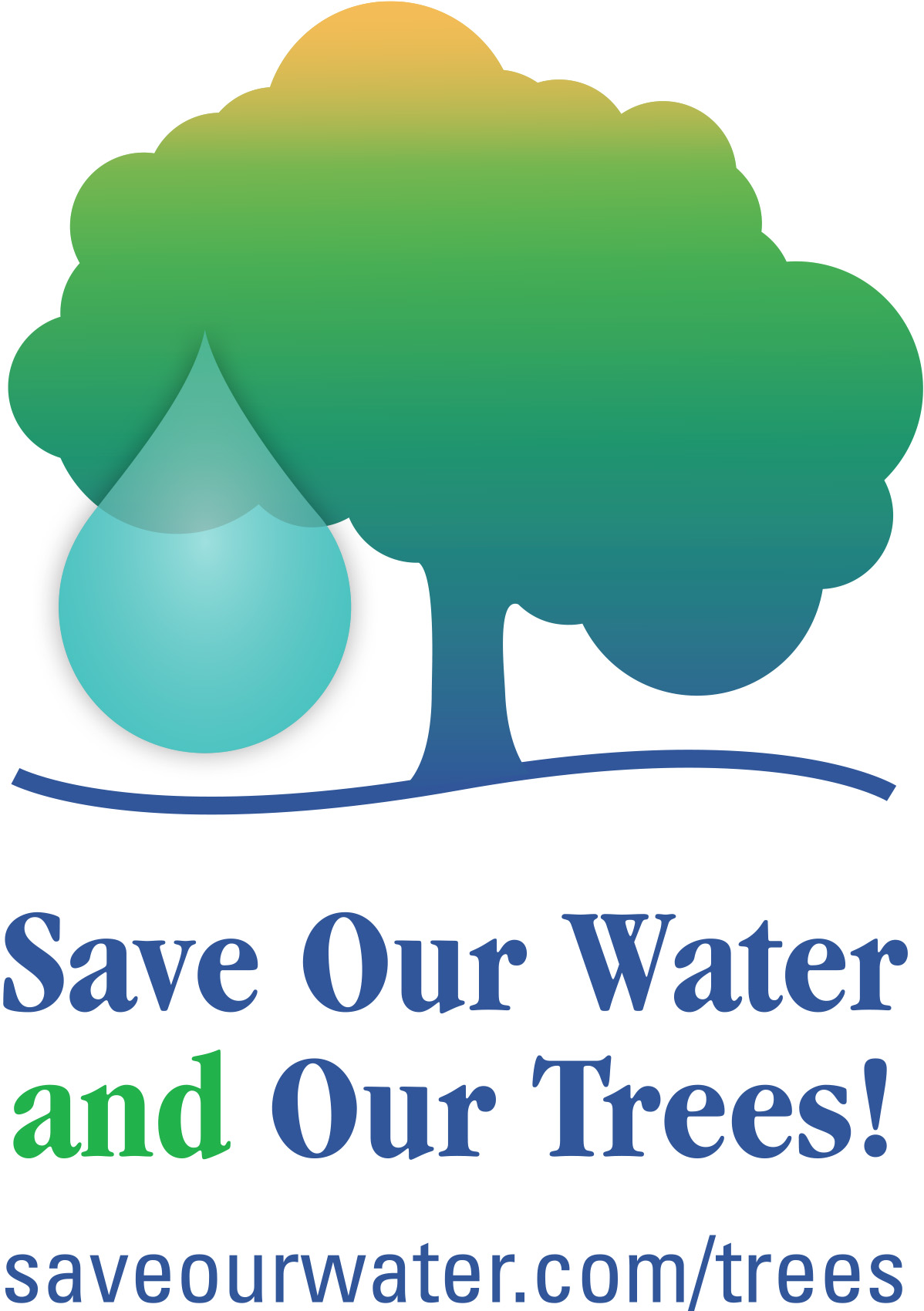 Early in the drought years, Californians were encouraged to turn off their landscape irrigation to conserve water. Californians got so good at water conservation, they were killing the assets that kept them cool and helped conserve water – trees. After a few years, it became apparent that trees were declining and the motto “Save our Water and Our Trees” was born. A number of agencies began disseminating instructions for irrigating trees using soaker hoses or drip tubing. But for some trees it was too late.

Trees are very good at conserving water. Yes, this varies by species, and research is ongoing, but they are better than grass at reducing their transpiration depending on ambient humidity or available water. Trees are an important part of the hydrological cycle (illustrated earlier in this article), taking up and releasing hundreds of gallons of water into the atmosphere to be absorbed by clouds and fall as precipitation. Trees also improve water quality by filtering particulate matter and intercepting stormwater before it can pick up pollutants. A landscape containing trees, mulch, and a drought-tolerant understory will use a fraction of the water a lawn does while providing more benefits for humans, wildlife, and other plant species. 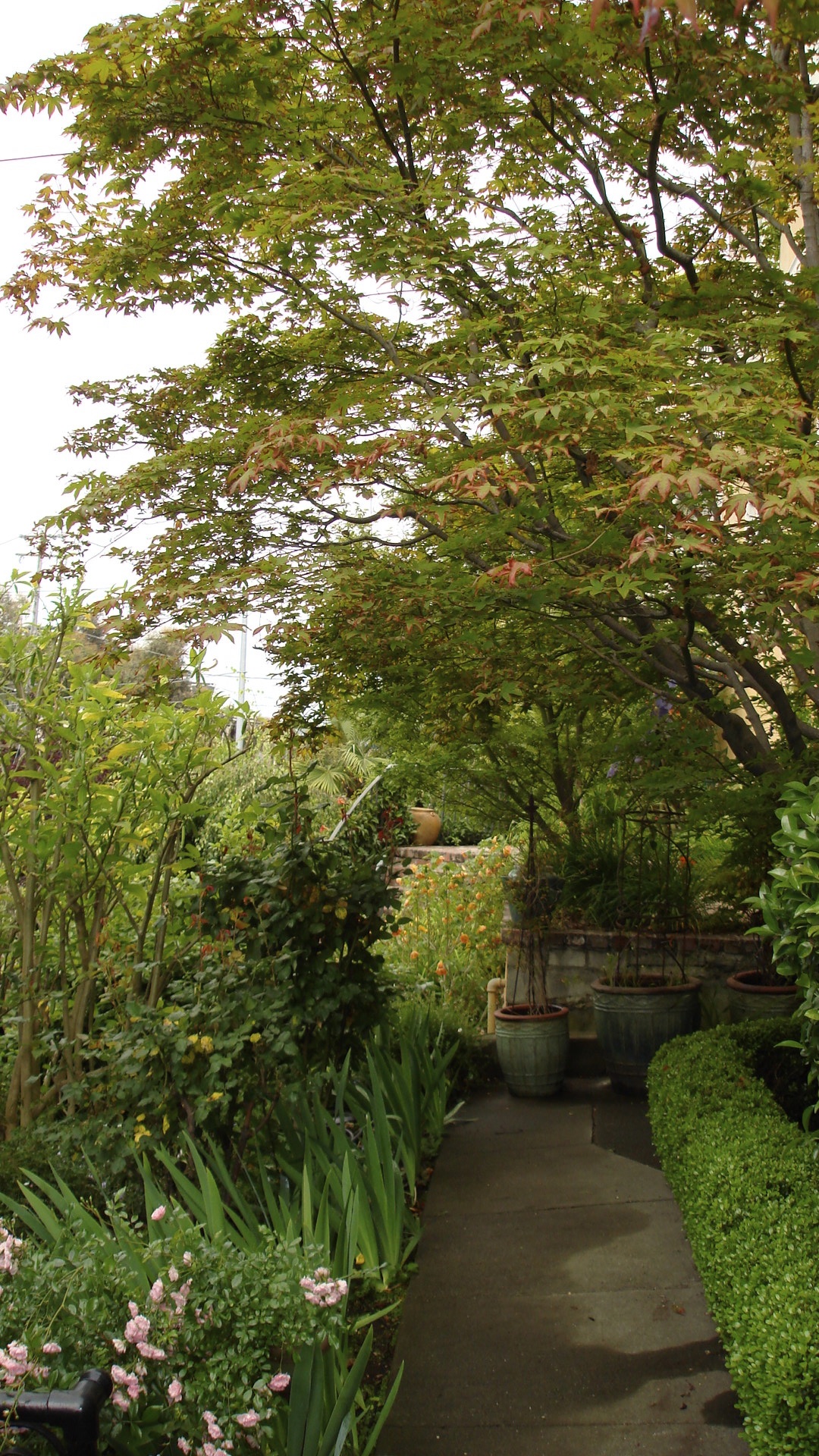 Is the California drought over?

Type the above question into Google and the answers run the gamut. Some sources trumpet “yes!” while others are more cautious. (Note: as of this writing, San Francisco has only received 62 percent of its normal rainfall. Last year by this time we were at 91 percent of normal) .

Remember, drought or no drought, there is only so much water in the world, recycling itself over and over again. Some people have too much and others too little. We can make some of it unusable by contaminating it. But we can’t make more.

Let’s invest water (in trees) to conserve water, wherever we live. Plant trees now and preserve our existing mature ones. The water we spend on them will come back to us, along with countless other benefits.