One of the things innovative engineers do extraordinarily well is to think about solutions in different ways.  Leading edge thinkers, engineers included, consider strategic influence – as opposed to fixed function thinking – when they think about how to solve a problem or overcome an obstacle. They disentangle themselves from the nets of old repeated patterns.  This is essential for effectiveness and for innovation.

I want to make the case that all of us (not just engineers) consider something different in our work – story. While our work may seem like it’s made up entirely of stuff – construction materials, equipment, plans, and drawings – our stories provide us with the meaning we need to get up and do what needs to be done. For ambitious projects that change the way we develop and maintain the landscape, story plays a critical role. Logic gives us a map, but the map has never been the experience; for that we need story.

Here’s an example. Long Creek is just a few miles from where I work in Cape Elizabeth, in Maine. Until the 1960s, fishing derbies were held at Clark’s Pond, which was fed by Long Creek. After malls and other businesses were constructed during the 1960s and 70s, Long Creek became more of a ditch than a creek. 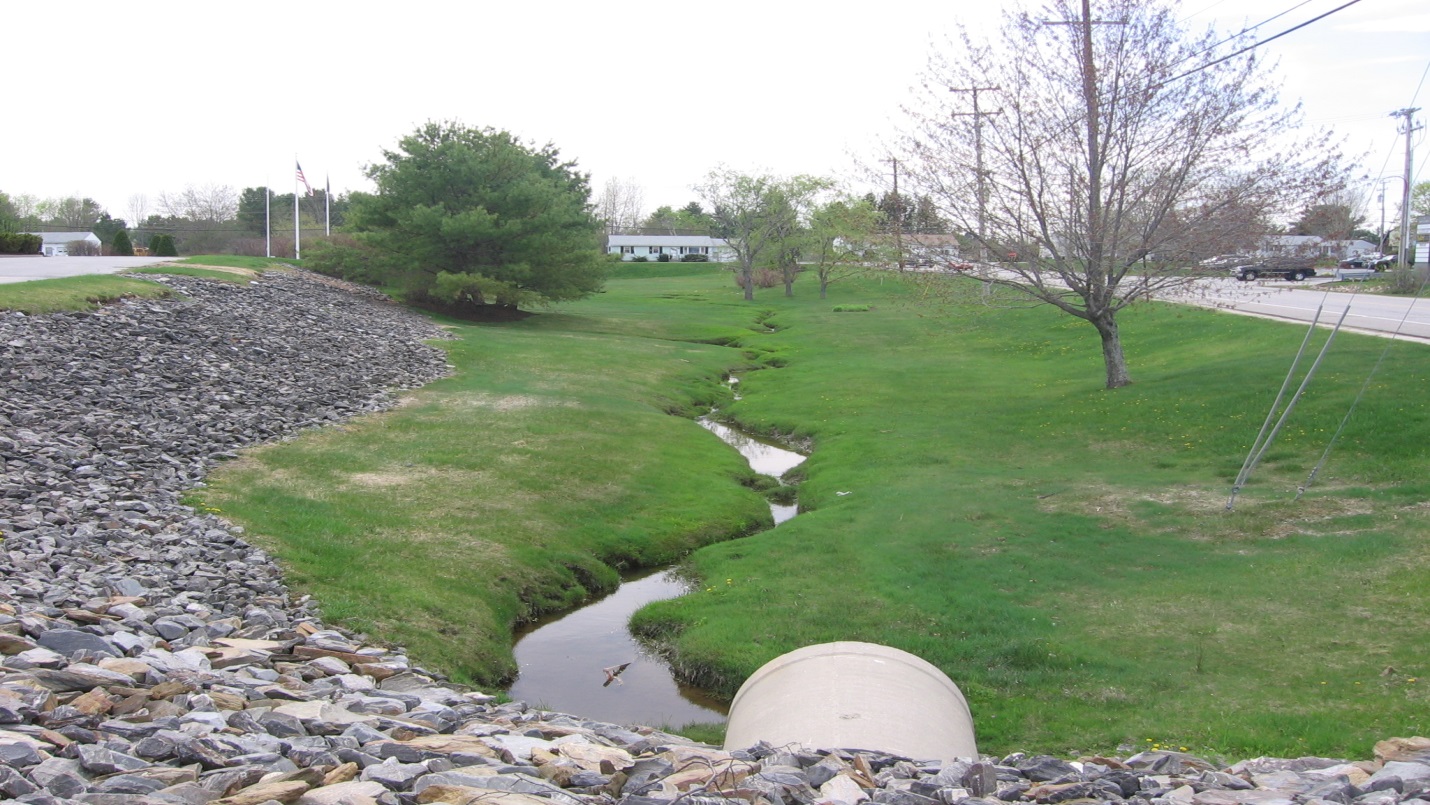 After decades of neglect and misuse, community members decided they wanted to do something to reverse the degradation (and near functional elimination) of the creek. In 2007, The Long Creek Restoration Project began as a collaborative of cities and towns, area businesses, non-profit organizations, and state agencies. Environmental groups provided the “start-up energy.”

There had been very few regulated point source discharges and other storm-water controls in the watershed up to this point, but in 2009 that changed. The U.S. Environmental Protection Agency exercised a provision in the Clean Water Act, known as Residual Designation Authority (RDA), which requires storm-water permits for designated discharges in the Long Creek watershed.  The resulting permits, a collaboration between US E.P.A. and Department of Environmental Protection, require “an operator of property… to obtain a Maine Pollutant Discharge Elimination System permit” for any property in the Long Creek watershed with one or more acres of impervious cover. This precedent-setting use of the RDA provision led to the establishment of the Long Creek Watershed Management District. It also led to a corresponding annual Impervious Cover fee. This in turn has led to the Long Creek Management District leadership bringing about some major improvements. 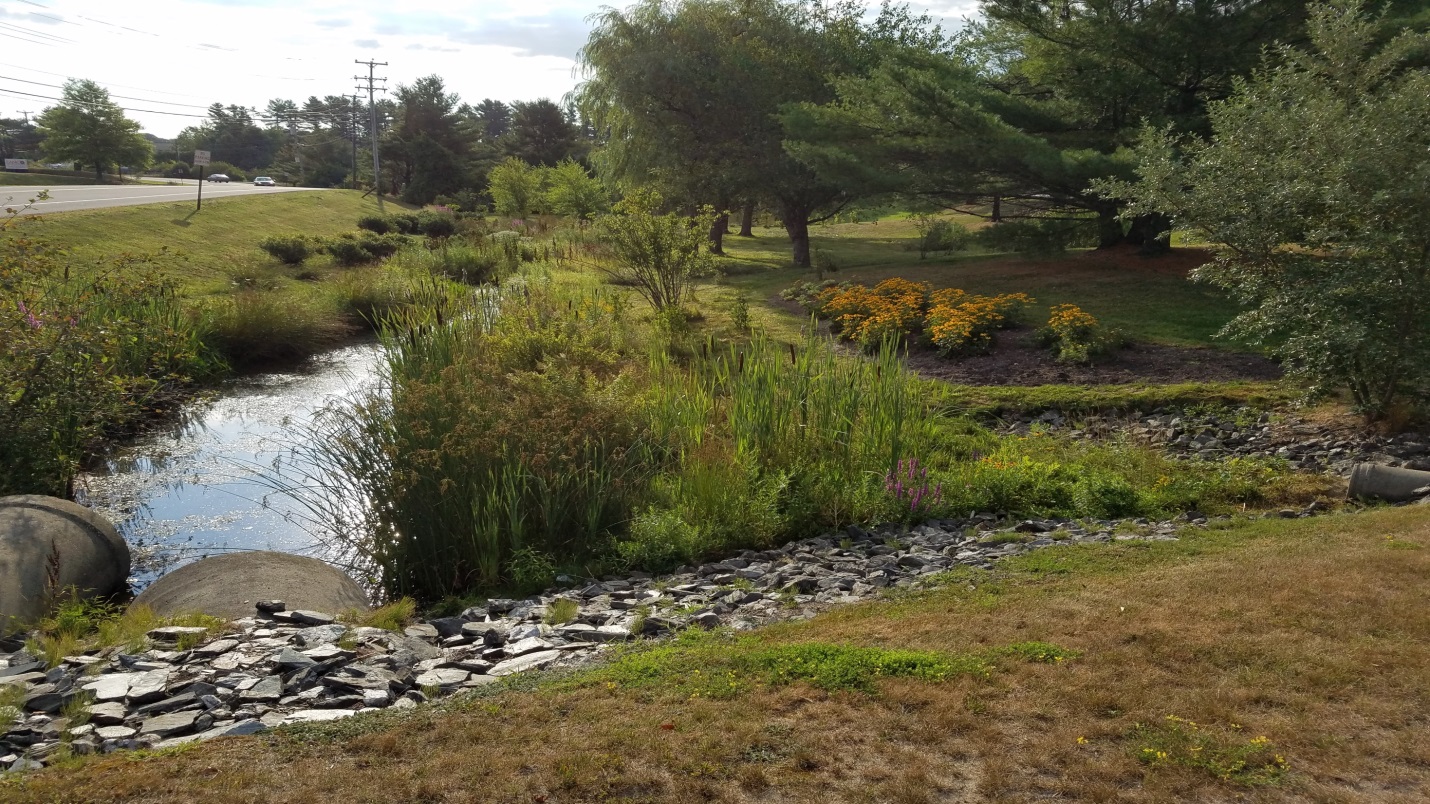 It’s an unfinished story. 50 years of desecration makes for a long come-back time. No one knows if the hoped for numbers will be reached by the target date of 2020. But one thing is very certain: people are now conscious that there’s a creek – and they’re amazed by it. Unfortunately, people get used to ditches.  Long Creek is coming back, imperfectly, but it’s coming back. The work continues.

This is just one example of a way in which people are building on some wins. It is a major and continuing effort, led by people who understand how to influence others. How did leaders get this very complex project off the ground and moving forward?

A helpful way to think about leadership is to imagine an elephant with a rider headed down a path (hat tip to Jonathan Haidt, author of The Happiness Hypothesis, for that arresting visual analogy). The rider represents logic – reasoning, planning and direction.  The elephant represents emotional energy and drive. And the path – the path is the way forward toward the goal. Change leaders balance logical motivation with emotional motivation – and always have an eye on the path to clear obstacles. They are optimistic realists.

In this case, the Long Creek Board is the rider. It has many perspectives and is made up of diverse stakeholders, from local towns, the U.S. EPA, DEP, Cumberland County Soil and Water Conservation District, Conservation Law Foundation, Maine DOT, Maine Turnpike Authority, and the landowners who are impacted. They provide the reasoning and the decision-making. To be successful, they have to remain conscious of both the elephant and the path. They do this using adaptive leadership.

But the elephant is, after all, an elephant – as the emotional energy and drive in the analogy; they can be powerful, unpredictable, and unfocused.  And the intellectual argument that it made good environmental and economic sense to restore Long Creek was not enough to cause people to really buy into what it would take – so they had to include something different.

Shape the path to overcome obstacles

Fear of the bad is often emotionally stronger than pursuit of the good, so Long Creek Watershed Management District leaders showed people the hidden costs of pipes and ditches – they framed choices that contained authentic emotional urgency. They made the convincing argument that landowners’ pain would be reduced if they joined in cooperation. By taking the first step, landowners could maintain some control over the program rather than the alternative (having to respond to a compliance order).

Long Creek District leaders shrunk the change by breaking the initiative down into smaller chunks so as to not scare the elephant off the path. And when things got tough and various people voiced their concerns or objections, the same leaders refocused the conversation on the ultimate goal and on small successes.

Be intentional in your role as advocate

According to Robert Cialdini, author of Influence: The Psychology of Persuasion, there are six main types of influence: urgency, liking, reciprocity, consensus, commitment, and authority.

Urgency: if you don’t do this, the legal situation is bad – and catch the green wave or you’ll be left behind.
Commonality: things in common – professionally and elsewhere.
Gifts: Gifts create gifts back – the human exchange of “business” and more.
Consensus: building trends toward low impact development – others are doing this.
Commitment: “Will you give your OK on this part of the plan? “
Authority: degree, experience, dress, body language and tone.

The Long Creek Leaders used all of them.

They kept an eye on path forward. They slowly addressed issues of permitting, getting commitments from participating landowners, and using the impervious surface fee as an incentive to embrace green infrastructure. They cleared obstacles by working to find continued, expanded funding and to maintain their achievements at each step of the way.

Engineers can encourage decision-makers to make the green choice only if they themselves are thinking green. Design is no longer concrete and pipe in the ground – “build it and forget it.” It’s now about thinking of the system as a whole, mimicking natural systems. Appeal to logic and emotions.  Consider and use the story in your efforts to move us toward a more holistic design approach.

Duhigg, Charles. The Power of Habit: Why We Do What We Do in Life and Business. 2014.

Heath, Dan and Chip. Made to Stick: Why Some Ideas Survive and Others Die. 2007.

Heath, Dan and Chip. Switch: How to Change Things When Change Is Hard. 2010.

Bill Maxwell is a consultant who focuses on realistic optimism in leadership and organizational change. A version of this was given as a presentation at the American Society of Civil Engineers Low-Impact Development conference in Portland, Maine.