Now that we’ve seen about 200 Silva Cell projects go in the ground, we’ve learned a thing or two about different ways to go about making these installations a success. Last week we discussed using concrete screws for on-structure sites. Today, we take a look at other innovative ideas we’ve seen along the way.

These pictures are from the Apple Store in Spokane, WA. A slinger truck or conveyor truck hauls material in its box like dump truck but also has the additional ability to place the material via a telescoping conveyor at the back of the truck.  Depending on the characteristics of the material being placed, slinger or conveyor trucks can be used for placing both planting soil inside Silva Cells and backfill material around the perimeter of the Silva Cells. They can be a useful tool for overcoming site constraints such as limited access and lack of room for stockpiling materials. 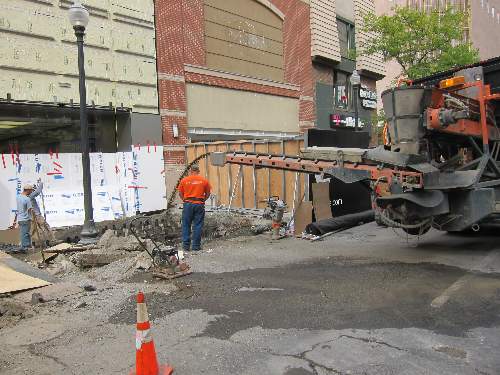 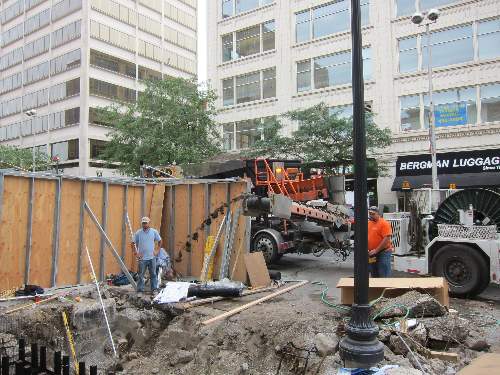 These pictures are from the Water’s Edge Promenade project in Toronto, ON. To help overcome site access issues and to make placing of the planting soil in the Silva Cells more efficient, the contractor elected to use a long reach excavator similar to those typically used by marine contractors for dredging work. 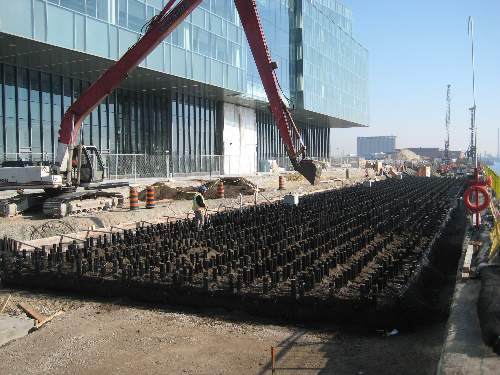 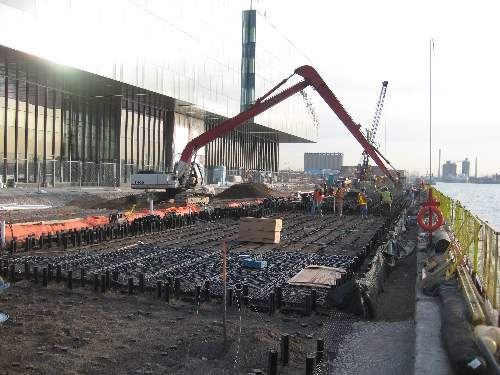 I saw this system in Apeldoorn, NL. Groundwater is very high in the Netherlands. This installation was adjacent to a canal, and the groundwater was 2 – 3 ft (0.6 – 0.9 m) below the Silva Cell system. The design called for approximately 20 pieces per tree of 4” (10 cm) perforated plastic draintile with filter sock to be run vertically from the elevation of the groundwater up through the soil to the elevation of the rootball of the trees. The vertical drains were then filled with loamy soil that, through capillary action, will draw groundwater up through the perforated drain pipe and continually supply moisture to the trees. 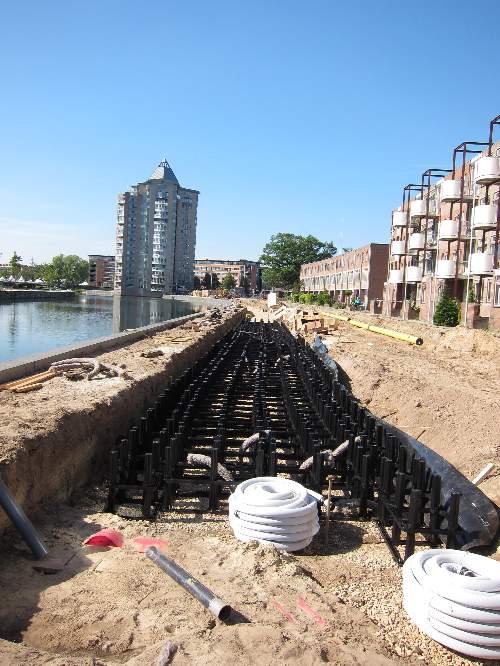 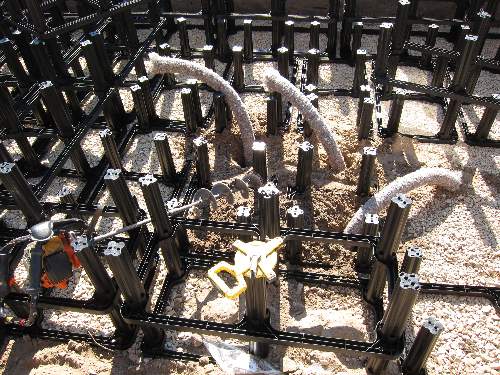 This is from a streetscape project in Collingwood, ON. The designer incorporated a 4” (10 cm) perforated drain pipe (commonly referred to as a weeping tile in Canada) system located under the Silva Cell decks. The system included a vertical riser for access at each tree. The drain pipe system was to be used in times of drought when the trees needed watering. By adding water through the riser, water would not only be delivered to the tree — it would also be delivered to the entire soil volumes contained in the Silva Cell system, thereby creating a reserve for the trees to access between watering and making the watering process more efficient. The pipe system can also be used as a means for delivery liquid fertilizers and treatments when needed. 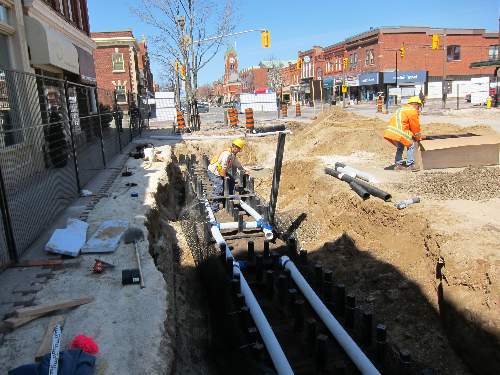 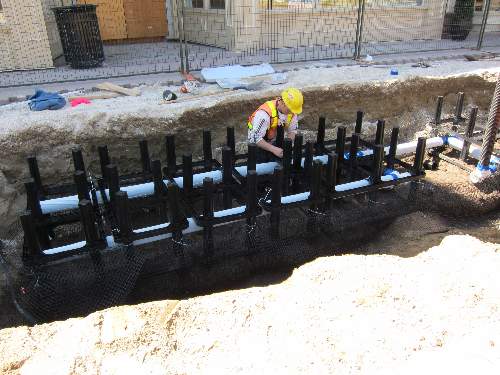