If Not Now, When?

Unless you’ve been living under a rock for the past 3 years, you know that California is having a major drought. According to the Institute for Public Policy, the three-year period between 2011 and 2014 were the driest on record since record keeping began in 1895, made worse by record high temperatures in 2014. It’s pretty clear that this is the wrong time to start planting a lawn, but there is some contention on the idea of planting trees. Should we stop or reduce tree planting until the drought is over? 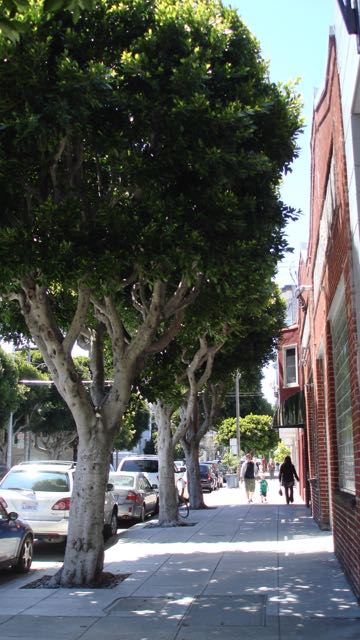 First, let’s put this in perspective. 80% of California’s water is being used by agriculture, including thirsty crops like rice and almonds. Fracking uses billions of water per year. By contrast, trees manage water very efficiently, although this will vary depending on species, soil, climate and other factors. 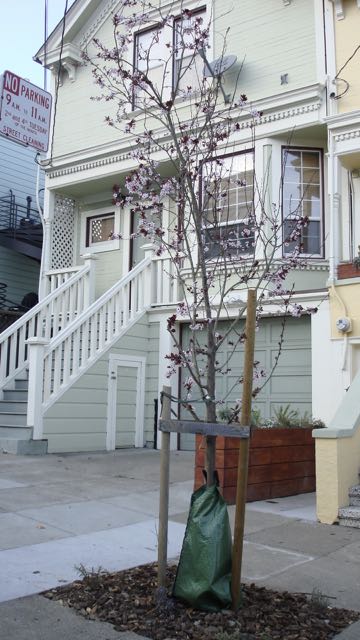 A young sidewalk tree in San Francisco generally takes 1,000 to 4,600 gallons over a 3-year period to establish, depending on soil type. If 1000 trees are planted each year, collectively they will use about 500-1500 gallons each year for the first 2-3 years. After 3 years, these trees generally live on no supplemental water other than rain. Often this rain is only as much as can be absorbed by a 3-foot by 3-foot tree well.

Yet these sidewalk trees do their part to help us conserve water. Their mature canopies slow stormwater and their roots absorb it, increasing soil infiltration, reducing flooding and improving water quality. In sunny weather, the shade from a mature tree cools soil and reduces the need for landscape irrigation. 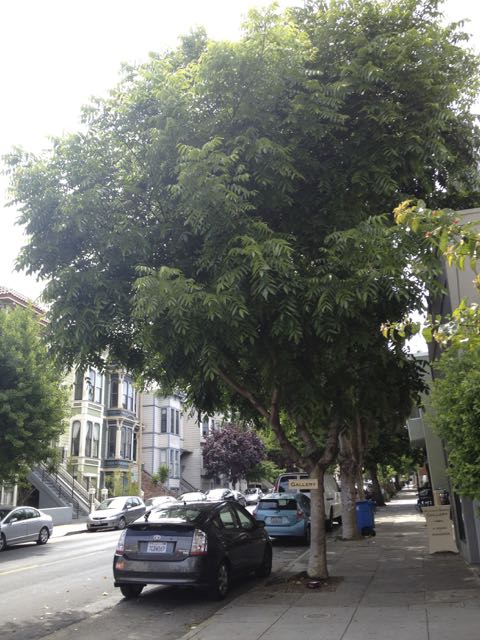 Urban trees give back so much more than they take. As researchers all over the country have indicated, trees provide a host of other environmental, economic and public health benefits including:

But here’s the rub – it takes 2 to 3 decades for the tree to become mature enough to provide significant benefits on any level. Therefore, we must plant trees now to receive these benefits in the future. If not, we are robbing our future selves and our descendents. We also need to plant new species to survive our changing climate, and to replace older trees that will be lost due to drought stress.

When we stop planting trees, we stop having hope for the future. So let’s not stop. But it is vital to refine how we plant trees, so we don’t waste water.

Plant at the right time

As noted in an earlier story, Arbor Day in dry countries such as Yemen is not a fixed date, but instead is scheduled according to the rainy season. In California, fall is typically considered the best time to plant, but if it’s still hot and dry in October, consider planting in November or December instead.

Right species for the climate

Thirsty trees need not apply – choose species adapted to dry conditions. These may not always be native trees – native is an ecological term, not defined by political boundaries. Redwoods grow in California but require coastal fog to stay healthy, making them inappropriate for drier inland locations. Consider how urban developments have affected the soil, wind and sun patterns and plant accordingly.

Large caliper trees take more water to establish and are more prone to transplant shock. Plant the smallest size you can get away with and let nature take its course.

Consider the ultimate height and spread of the tree and plant only as many trees as will fit in the space when trees are mature. Don’t waste water establishing a tree that will need to be removed later. 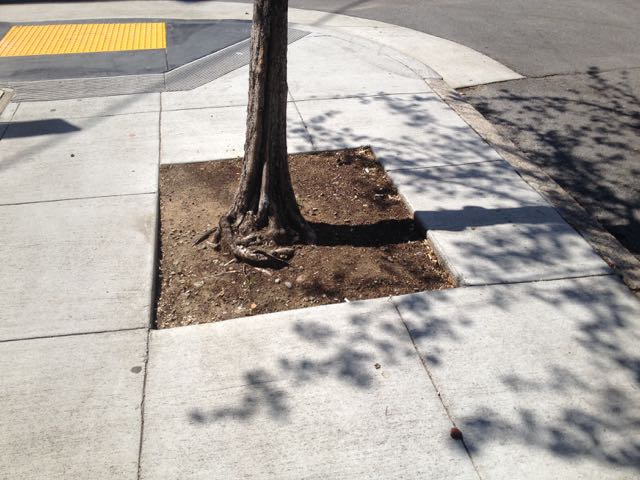 The circling roots on this tree impede water uptake, so more water is needed to keep the tree healthy.

As noted in an earlier post, nursery growing practices may leave trees with girdling, kinked or crossing roots. Now more than ever, the tree needs plenty of roots growing outward from the center in order to take up every drop of precious water it can get.

Inspect and repair irrigation systems so they work optimally without waste. Use drip irrigation wherever possible; convert sprinkler or sprayer systems to drip where you can. Where drip irrigation is not possible, use irrigation bags or DriWater to deliver water slowly and prevent runoff. Using recycled water for irrigation is good but it is important to consider the salinity of the water and its effect on various species; visit salinity.org for more information. 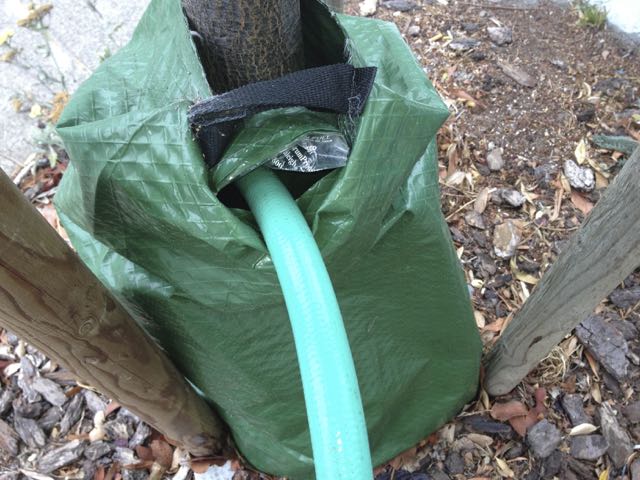 Mulch shades and cools the soil to slow water evaporation, so less water can be used. For a young tree, a large mulch ring reduces weed competition so more precious water can go to tree roots instead of weed roots. 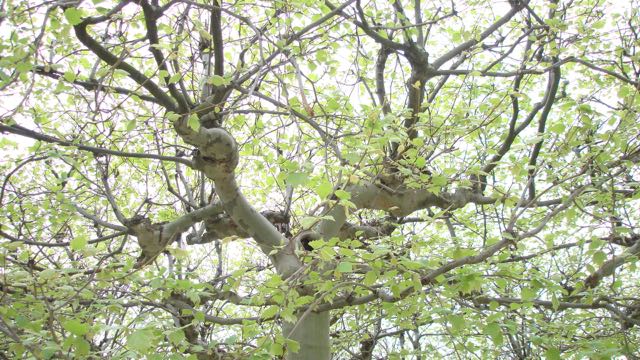 We don’t know when the drought will end, or if this will become the new normal. Humans and trees must adapt accordingly, and support each other through the changes.